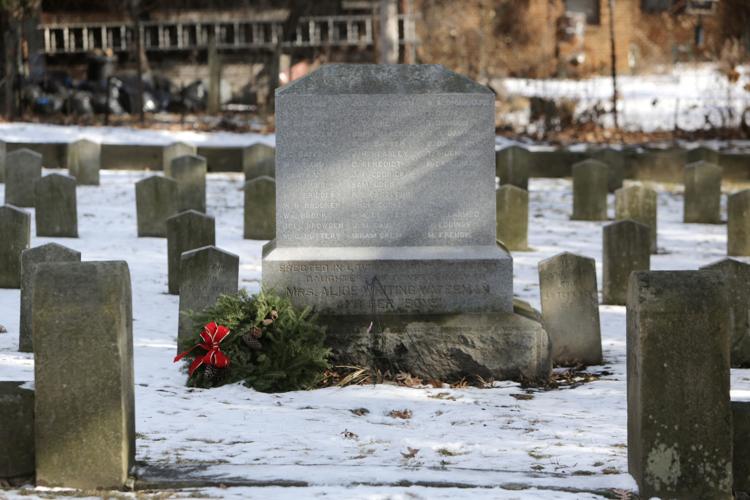 It’s a tombstone for 140 POWs, people

The Madison City Council on Tuesday backed the removal of a Confederate monument in Forest Hill Cemetery that lists the names of about 140 Confederate soldiers buried there.

The Madison City Council backed the removal of a Confederate monument in Forest Hill Cemetery Tuesday after it overrode a commission decision that called for the monument to remain.

Council members voted 16-2 to overturn the Landmarks Commissionâs ruling that barred the removal of a large, stone monument that lists the names of about 140 prisoners-of-war buried in a section of the cemetery known as Confederate Rest.

âYou donât have discussion in a cemetery. You have reflection, and you have memories, and this (monument) brings up memories that are not so pleasant in our history,â said Council Vice President Sheri Carter.

In April, the City Council voted to remove the monument. But since Forest Hill Cemetery, 1 Speedway Road, is a designated landmark, the Landmarks Commission needed to weigh in on whether the removal was appropriate.

You let 140 POWs die in your POW camp, Madisonians, it’s not too much to ask that a simple marker listing the dead POWs names be allowed to not be obliterated.

What about the dead bodies of the 140 POWs who died for the False Narrative of Southern secession? Can you allow their mortal remains to pollute the moral purity of your cemetery? Maybe the POWs should be dug up and their dust scattered to the winds?

We are often reminded these days to never punch Down and always Punch up. But that raises the question of: Who is Down and who is Up?

The answer, of course, is that those who are getting punched must be Up. The Madison city council wouldn’t be punching dead POWs if they were Down, so these dead POWs are Up, and therefore deserve to be punched.

Recently from Author
← "Our Struggle Is My Struggle"Wired: "Brett Kavanaugh and the Informa... →
Hide 261 CommentsLeave a Comment
"Madison City Council Votes Damnatio Memoriae for POWs"
• 261 Comments
Commenters to Ignore
Commenters to ignore (one per line)

Save ListCancel
Endorsed Only
Trim Comments?
← "Our Struggle Is My Struggle"Wired: "Brett Kavanaugh and the Informa... →