Violent crime spiked across the country during the pandemic, forcing a reckoning in cities like Atlanta.

ATLANTA â Volkan Topalli had just purchased two bags of potting soil at a Buckhead Home Depot when he heard a commotion. A fight that broke out at a neighboring pool party was spilling over into the storeâs parking lot. He was dialing 911 when he heard a shot and felt a searing pain in his forearm.

It was the third Sunday in May, during one of the first warm weather weekends of what many hoped would be a post-pandemic summer. After more than a year of lockdowns, Covid restrictions on public gatherings were being lifted, concerns about the Delta variant were not yet widespread and celebrations abounded. People felt more comfortable in large groups again, making way for old relationships â and old tensions â to rekindle.

Four men, all under age 20, were arrested in connection with shootings at the pool party and Home Depot. That week, the Atlanta Police Department reported 28 shooting incidents, including the one that involved 55-year-old Topalli, whoâd been caught in the crossfire. The bullet to his arm shattered his ulna and left him with a wound that stretches from his wrist to his elbow.

Topalli wasnât your ordinary victim of gun violence, however. Heâs a professor of criminology at Georgia State University, so he effectively became a victim of the kinds of crime waves heâs studied for decades. The crime wave cities like Atlanta are seeing, he says, was entirely predictable.

âI’m not surprised at all that we had an increase in crime,â Topalli said in an interview. âCriminologists and public health people were saying that that was going to be the case as soon as they heard about the pandemic. And it’s pretty much come true at this point.â

His shooting was part of a steep uptick in violent crime during the pandemic that resulted in a highest-in-decades peak in homicides nationwide, according to data from the Federal Bureau of Investigation. Atlanta was hit hard; the cityâs police department reported a nearly 60 percent increase in homicides in 2020. Mayor Keisha Lance Bottoms tied the surge directly to the pandemic, calling it a âCovid crime wave.â

But this crime wave wasnât like those of earlier decades, which were often concentrated in big cities. The increased violent crime during the Covid-19 pandemic hit everywhere â big cities, small towns and rural areas as well. Where Atlanta and Washington, D.C., reported a steep increase in violent crime, so too did less populated places like Augusta, Georgia and Norfolk, Virginia.

âWhat the pandemic did was it shifted a lot of these patterns,â Topalli said of the difference in crimes. It owes in part, he explained, to âmany more people staying at home, fewer people actually going into places of business â¦ we’ve seen a drop in those kinds of crimes that we would expect would be affected by that.â

Many Atlantans, particularly those in favor of a tougher-on-crime approach, have tried to make Topalli a poster child for the cityâs woes, saying crime had gotten so bad that even people studying it were becoming victims of it. But he doesnât agree that his experience is emblematic of a larger crisis, at least not one that signals run-ins like his will become more common. Rather, he thinks of his injury as a statistical anomaly.

âI’m a 55-year-old white guy. I live in a nice neighborhood … I know that what happened to me was absolutely âthe wrong time at the wrong place,ââ he said.

Experts have been making the case for years that keeping communities safe depends on the availability of resources that keep communities stable: affordable housing, quality education, mental health resources and child care, to name a few. The pandemic reduced or eliminated access to all of these.

Thatâs how many crime experts explain why violent crime increased everywhere during Covid, even if the situation was most acute in low-income communities where these resources were already limited.

âThe pandemic â¦ revealed something that most of us already knew, which was that we have segments of society that don’t have the advantages of other segments of society,â Topalli said. âThey’re just beneath the surface and the pandemic sort of, you know, as with a hurricane â¦ has revealed the disparities.â

This insight is motivating for criminologists like Topalli, who see the pandemic as providing new pathways for policies that could continue long-term crime reduction. …

Crime experts cannot pinpoint one or two reasons why violence increased in 2020.

… However the mayorâs race turns out, Topalli says he hopes the pandemic crime wave has helped reopen a needed debate over the causes and cures for violent crime. And with luck, that debate will ultimately expand the definition of public safety â an expansion âthat opens up the room for mental health, opens up room for public health, it opens up room for things like housing, education, community partnerships,â he said.

Here are mug shots of the first three arrestees in the shooting: 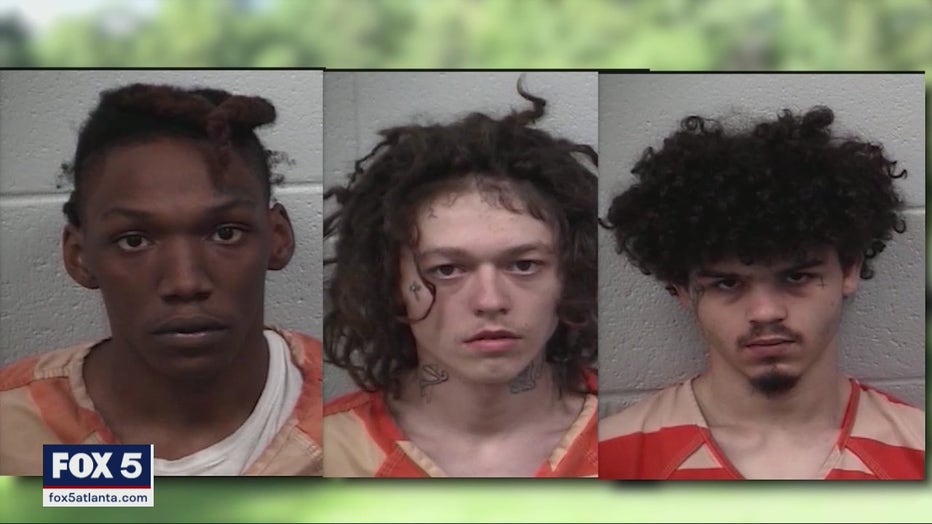