Sure, public intellectual Ta-Nehisi Coates got a $625,000 MacArthur Genius Grant, but now Ibram X. Kendi, with his barely 3 digit IQ blows TNC’s mark away on the Bux/IQ metric with a $10 million payoff from Jack Dorsey, founder of Twitter.

From a 2019 Washington Post profile of Ibram X. Kendi:https://t.co/wOtCv63rOU pic.twitter.com/emuYeXQztE So the Summer of George has been very, very good for Ibram X. Kendi.

In The New Criterion, Theodore Dalrymple reviews recent bestsellers by both Kendi and Robin DiAngelo:

How to Be an Antiracist 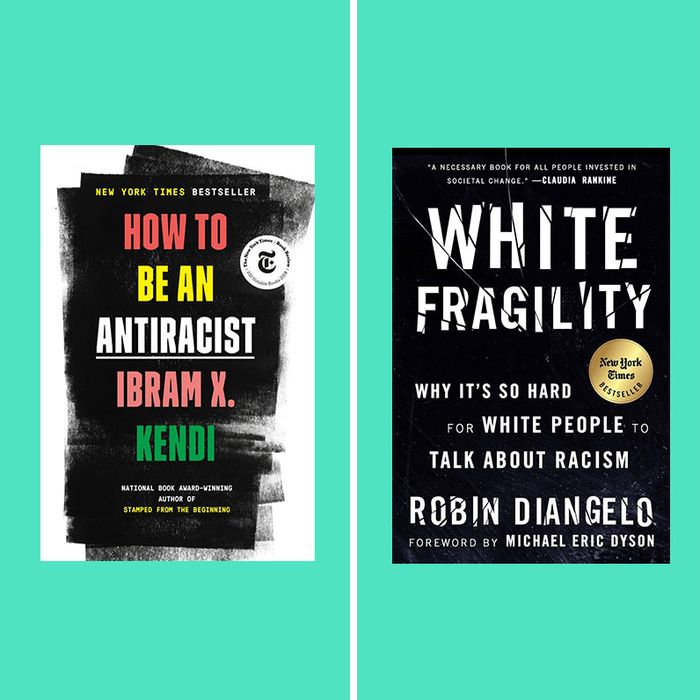 A review of White Fragility by Robin DiAngelo & How to Be an Antiracist by Ibram X. Kendi.

Compared with the labour of reading through these volumes, all other labourâthe labour of thieves on the treadmill, of children in factories, of negroes in sugar plantationsâis an agreeable recreation.

These two best-selling books about racismâWhite Fragility, by Robin DiAngelo, and How to Be an Antiracist, by Ibram X. Kendiâare tedious not because they are long but because of their almost unrelievedly hectoring tone.1 You feel in reading them that you have been cornered at a party by a monomaniac who will not let you escape until he has preached you into total silence, if not acquiescence. I can only conclude from their sales that people like being hectored.

Of the two books, Kendiâs is slightly the better, for it is part-memoir and occasionally has an anecdote from his life that is not told wholly through the lens of ideology, and which actually does speak to the undoubted difficulties of blacks in America with which it is easy to sympathize. …

Like DiAngelo, he is a rhetorician with little regard to or for the truth: … He differs from DiAngelo in believing that it is not just whites who can be racists, but all human beings, and in this sense he is somewhat better than she. But he is terribly muddled on the question of how far it is permissible to attribute group characteristics to populations without being racist. I do not think it is worthwhile trying to extract a coherent doctrine from him.

He is, however, consistent in one great error throughout his book: he does not distinguish inequity from inequality. He never uses the latter word. He does not appear to understand there could be no greater inequity than equality in a world of effort or lack of it. He believes that all differences in outcome between groups can be the result only of prejudice and discrimination, and that if the latter were removed the former would disappear. Nor does he recognize, even faintly, that to bring about the equality between groups that he believes is the only equitable arrangement for society would require a totalitarian regime that would make North Korea seem like a libertarianâs dream….

For him, the history of the world in general, and of America in particular, consists of genocide, slavery, and exploitation, and nothing else, carried out exclusively, as it happens, by Europeans, although Kendi does not hate whites qua whites. In Kendiâs telling, there is no achievement in this world, only perfidy (DiAngeloâs historiography is identical). Unearned privilege is not for him the inevitable precondition of civilized existence; neither does he say a word in praise, or even in acknowledgment, of the immense, if inevitably flawed, inheritance of Western civilization.

At the end of his book, Kendi tells us that he has developed cancer of the colon at an unusually early age. His wife, alas, developed cancer of the breast, likewise at an early age. This is very unlucky, and we feel for them. Both, however, receive the advanced medical treatment that might save their lives, as they would not have done if they had lived at any other time, or in most places, in human history. Kendi does not stop to wonder why this should be or how it came about. He has not the intellectual curiosity or detachment from his ego even to ask. Besides, to do so would not fit with his agenda, which is plainly totalitarian and power-mad.

Perhaps the most interesting question raised by these books is why, when they are so badly written, self-indulgent, and intellectually nugatory, when they are so plainly written in the spirit of what Karl Popper called reinforced dogmatism, they should be so popular among the Western intelligentsia. Let us hope that this is not a question for an Edward Gibbon of the next millennium to answer.

Kendi, in his own words: pic.twitter.com/QTMzS20Ay6

Save ListCancel
Endorsed Only
Trim Comments?
← Alt-Right vs. AntifaWhat Time Is Willie Brown's Speech to t... →