Although there was some hope awhile ago that the Italian death tolls were inflated by overcounting, the simpler metric of current vs. year-ago total deaths in towns in Bergamo province suggests that the coronavirus death toll is even higher.

Here’s a Google Translate of an article on Sunday from L’Eco di Bergamo:

Sunday 22 March 2020
Almost a thousand deaths in the Bergamo area
Mayors: Â«But there are many moreÂ»
From Alzano to Nembro, from Dalmine to Stezzano, to the Bassa all, given in hand, deny the official figures on the victims.

… The mayor of Bergamo Giorgio Gori launched the alarm two days ago on L’Eco – “we all know of elderly people who died in a retirement home, or at home, and who have not been buffered [counted?]” – and experts they listened….

Alzano Lombardo and Nembro, the Bergamo heart of the emergency, pay a huge tribute. 62 people have died in Alzano since 23 February. A year ago there had been 9. In Nembro the mayor Claudio Cancelli observed with cautious optimism a decline after dramatic days: Â«The drop in deaths is significant, especially compared to the period from 10 to 13 March. Since the beginning of the month in Nembro we have had between 110 and 120 deaths. In the same period last year 14. This is enough to understand Â».

Every day the report sent by Ats and the prefecture collides with the direct perception of the first citizens. “Of course, in our case the official documents say that the coronavirus caused 9 deaths – explains the mayor of Seriate Cristian Vezzoli – but since the beginning of the month our registry office has registered about 60. In the absence of a buffer the doctors write” interstitial pneumonia “however the symptoms are clear and therefore the data are not realistic”. A budget sadly similar to that of other large municipalities. … In nearby Caravaggio 50 against an average of 6 in previous years. Only 2 “officers” for Covid-19.

70 people have died in Dalmine, including 2 officially for coronavirus. A year ago they had been 18.

“We are losing a generation of volunteers and people who made the history of our country – is the bitter observation of Simone Tangorra, Mayor of Stezzano where 40 people died in March, almost all with symptoms compatible with the coronavirus, against 10 of a year ago -. It is a very widespread phenomenon, which unfortunately also involves 50 and 60 year olds Â».

Interestingly, Sweden is pursuing a more hands off policy than most of the rest of Europe. From Bloomberg:

Sweden is starting to look like a global outlier in its response to the coronavirus.

Scandinaviaâs biggest economy is one of the last places where kids still go to school, cafes, bars and restaurants remain open, and gatherings of up to 500 people are still allowed.

The Swedish approach raises questions about how socially distant we need to be to stay safe, given the devastating impact of shutting down an entire economy.

âIâm not sure we will get an entirely clear picture of which measures were most effective,â Anders Tegnell, Swedenâs top epidemiologist, said at a press conference in Stockholm on Monday. He underscored Swedenâs adherence to what he said was the most important principle: Protecting the elderly through isolation.

For some, Swedenâs approach is a clear weakness. Nordea has gone as far as suggesting that a âlaissez-faireâ model might be a reason to avoid Swedish markets. To others, less restrictive measures seem more pragmatic.

We’ve heard a lot of hopeful predictions that maybe the pandemic will cool off when it warms up. But the far northern countries, such as Sweden and Russia, don’t seem all that hard hit so far. Will it stay that way?

← As Coronavirus Spreads in the Capitol, ...False Negatives? →
Follow @steve_sailer 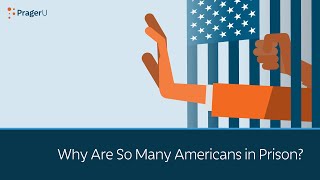