Vikings in paradise: Were the Norse the first to settle the Azores?

Seafarers may have come and gone from lush archipelago more than 1000 years ago
4 OCT 20213:00 PM BYMICHAEL PRICE

… According to a new study of lake sediment cores, however, the Portuguese may not have been the first people to reach the island paradise: Viking seafarers may have arrived some 700 years earlier than de Silves and his crew. Any Vikings were long gone by the time Portuguese sailors arrived, the authors note, but some Norse rodent stowaways may have left a lasting genetic mark on the island.

Conclusive archaeological evidence of humans in the Azores is sparse and only dates back to the early 15th century. In recent years, a few studies hinted at even earlier occupation, although it wasnât clear who these earlier settlers were or when they arrived. About 10 years ago, Pedro Raposeiro, an ecologist at the University of the Azores, Ponta Delgada, and colleagues set out to collect cylindrical cores of sediment from five lakebeds around the archipelago as part of an effort to detail the regionâs climate history. As particles in the air settle to the bottom of the lake, they form datable layers. The researchers suspected they would find signs of human disturbanceâpollen from nonnative crops, spores from fungi that grow on livestock dungâdating back to the early 1400s. And they did.

But the researchers were surprised to find these signals extended even further back in time. In a sedimentary layer dating to between 700 C.E. and 850 C.E. taken from Peixinho Lake on the Azoresâs Pico Island, the researchers saw a sudden uptick of an organic compound called 5-beta-stigmastanol, which is found in the feces of ruminants such as cows and sheep. They also saw an increase in charcoal particles and a dip in the abundance of native tree pollens, perhaps pointing to humans cutting down and burning trees to clear space for livestock to graze, Raposeiro says. 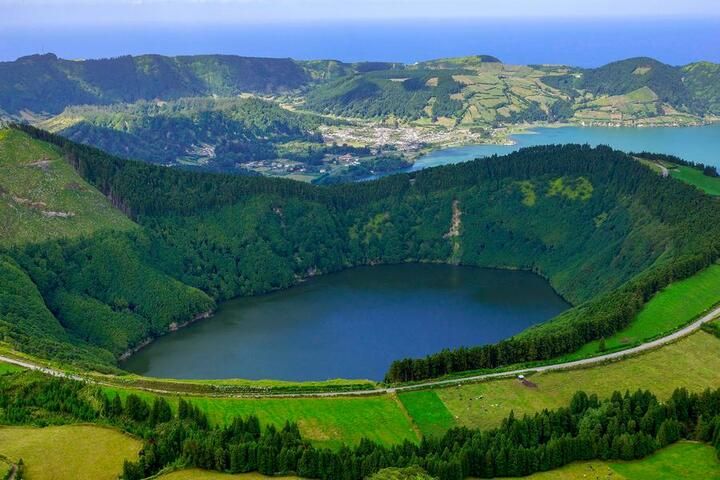 But if the Norse or somebody else got to the Azores once or twice or three times before, why weren’t they still there when the Portuguese definitively arrived? The Azores look like survival on easy mode: they are in the middle of the Gulf Stream, so the temperature never freezes and never gets over 90 degrees, there is lots of rain, and the rich volcanic soil is fertile. There are currently about a quarter of a million Azoreans.

So, if a colony had been established there before the Portuguese, why wasn’t it still there in 1427?

Perhaps an all male crew was shipwrecked on an island and survived for years or decades (not killing each other over women like the Bounty mutineers did on Pitcairn Island), long enough to leave traces for contemporary scientists to find? But not enough survivors to build a ship and get home?

Why Not Question âthe Holocaustâ in Schools?
The standard narrative does not stand up to serious historical scrutiny
Philip Giraldi • October 26, 2021
• 1,300 Words • 184 Comments • Reply