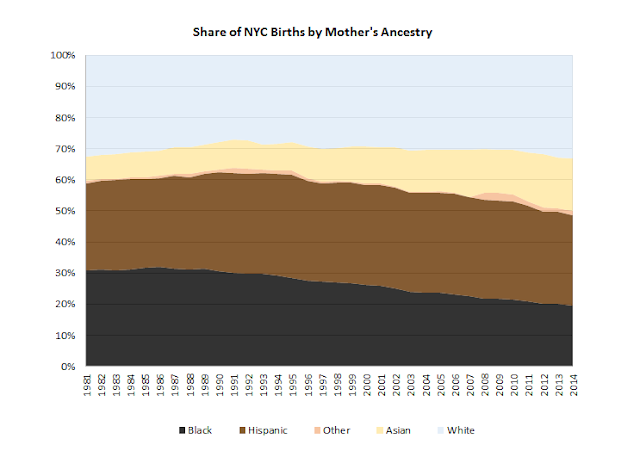 In 2014, for the first time during the period covered by this graph and, I would guess, for the first time in more than half a century, NYC’s Ice People had more kids (50.12%) than NYC’s Sun People (49.88%). You can see the border between beige and yellow dip below 50% at the right edge of the graph. This is pretty historic.

The peak of Sun People’s percentage of births appears to have been about 1991, perhaps not coincidentally.

Save ListCancel
Endorsed Only
Trim Comments?
← "They Can't Kill Us All" by Wesley LoweryHappy New Year →