I’ve noticed a big push recently to get fear of crime made an automatic reason for achieving refugee status. For example, in the NYT:

ON THE GUATEMALAN-MEXICAN BORDER â CRISTÃBAL, a 16-year-old Honduran refugee fleeing a drug gang that wants to kill him, has never heard of anyone named Barack Obama. Neither can he name the Mexican president, Enrique PeÃ±a Nieto.

But CristÃ³bal, along with many others, could end up being murdered because of these two presidents he is unaware of. Obama and PeÃ±a Nieto have cooperated for two years to intercept desperate Central American refugees in southern Mexico, long before they can reach the U.S. border. These refugees are then typically deported to their home countries â which can be a death sentence.

âIf Iâm sent back, they will kill me,â says CristÃ³bal, who is staying temporarily at a shelter for unaccompanied migrant kids in Mexico. He says he was forced to work for the gang as a cocaine courier beginning at age 14 â a gun was held to his head, and he was told he would be shot if he declined. He finally quit and fled after he witnessed gang members murder two of his friends. Now the gang is looking for him, he says, and it already sent a hit team to his home.

Yet he may well be sent back under a policy backed by Obama and PeÃ±a Nieto. I admire much about the Obama administration, including its fine words about refugees, but this policy is rank with deadly hypocrisy.

Now, Nicholas Kristof has an embarrassing track record of retelling lies people tell him. But even in the unlikely event that this kid’s story is somewhere close to the truth, is a 16 year old youth who already has two years experience in cocaine smuggling the ideal New American?

But anyway, that got me thinking … If fear of being a victim of crime qualifies you as a refugee, how many internal refugees did America suffer in the wake of the Warren Court and LBJ’s New Society helping launch a vast crime wave in urban America in the mid-1960s? How many displaced persons were there in America who get no sympathy in the history textbooks, or even are disparaged as racists engaged in the evils of White Flight? 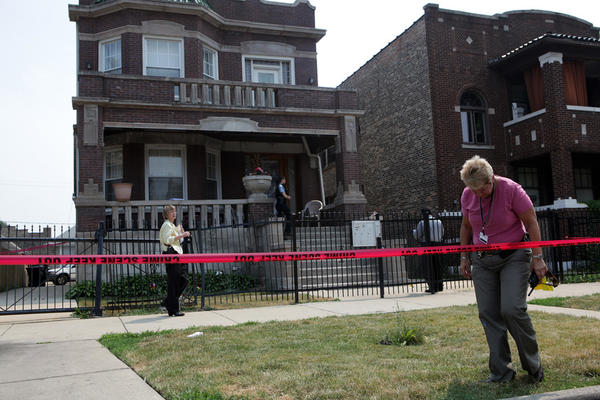 Consider just one of Chicago’s 87 neighborhoods: Austin on the West Side, just east of Oak Park, IL. In 1960, it had 125,133 residents, almost all white. In 2010 it had 98,514 residents, almost none of them white. (Much of the once quite desirable housing stock has fallen into ruin under the newcomers.)

It would seem reasonable to say that 125,000 refugees were displaced by crime from the Austin neighborhood alone, although unlike CristÃ³bal, few of them were professional criminals themselves fleeing their former colleagues. Most were law-abiding citizens who fled Austin due to criminal violence against ordinary civilians like themselves, violence stoked by federal policies.

If there were 125,000 from Austin, how many displaced persons were there across America overall in this era? Five million? Ten million? Fifteen million?

I don’t know. Not too many people seem to know. It’s not the kind of history you are supposed to know about in 2016.

Recently from Author
← The Ethnic Slur That Nobody Notices Is ...Pointing 'n' Sputtering at Trump's Idea... →
Hide 367 CommentsLeave a Comment
"How Many Millions of Americans Were Internal Refugees from Crime?"
• 367 Comments
Commenters to Ignore
Commenters to ignore (one per line)