I’ve written a lot over the years about the Replication Crisis in the social sciences as academics attempt to emulate Malcolm Gladwell’s success on the corporate conference circuit. The New York Times Magazine offers a long sympathetic article about the Power Posing lady at Harvard Business School who has made a lot of money off her claim to have scientifically proven that certain powerful postures will help you get jobs and sales:

When the Revolution Came for Amy Cuddy

As a young social psychologist, she played by the rules and won big: an influential study, a viral TED talk, a prestigious job at Harvard. Then, suddenly, the rules changed.

Blogger Andrew Gelman gets cast in the article as the unsympathetic hardass who hurts the feelings of Dr. Cuddy. (Here’s Gelman responding.) 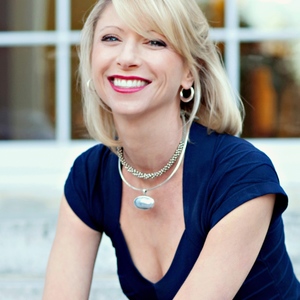 At the end of the article, Dr. Cuddy is getting out of the social science racket and more into writing motivational books and speaking. That’s kind of like how Malcolm Gladwell responded to the barrage of criticism that built up from 2005 onward. That seems reasonable. Some people have a real gift for telling people what they want to hear and they deserve to get paid for it.

Why is psychology at the center of the storm? As Greg Cochran has pointed out, most social sciences have the same problems as psychology. The psychologists, though, tend to have enough conscience to feel guilty about it.

As I’ve often mentioned before, I was in the marketing research business, which uses the same methodologies as the social sciences … but doesn’t claim to be discovering eternal laws of nature.

In fact, marketing researchers don’t really want their results to be endlessly replicable because that would be bad for business, as I discovered to my financial disadvantage.

I worked in the 1980s for the best real world test marketing laboratory ever constructed. It was wildly popular in the first half of the 1980s as brand managers in the consumer packaged goods industry went nuts paying to test their fondest hope: that doubling their television advertising budget on current ads would increase sales of well-known brands.

It would have been great for our long term success if this question proved not to replicate: if, say, half the time it worked and half the time it failed and the only way you could tell ahead of time was to conduct an expensive test with us.

Unfortunately, this question proved pretty replicable: unless you had some new news to convey to consumers that really was valuable for them to learn, doubling your ad budget would barely move the sales needle. (I recommended that clients test with us cutting their ad budgets, but few were interested: you don’t move up in brand management management by voluntarily giving up ad budget to your colleagues; you move up by outcompeting your fellow brand managers within the firm for ad budget.)

By 1986, Procter & Gamble had decided that increased advertising for same old brands very seldom worked, so it cut testing with us sharply, and the rest soon followed. Our business went way down: not because it had failed scientifically, but because it had proven too depressingly scientific.

(The next business we got into likewise revolutionized market research scientifically, which once again proved bad for business: the truth turns out to be a commodity. The previous firms in this niche had been providing clients with highly stylized data, which made it hard for clients to switch to the other supplier just because they offered to cut prices. Instead, we collected ultra-accurate data on supermarket sales, which proved to be replicable by our competitor, which allowed clients to goad us into a price war.)

Another rule of thumb within the marketing research business was that researchers could often unconsciously talk subjects into answering survey questions with whatever the interviewer seemed to want to hear, so it was better to track what they spent their money upon.

And some marketers are more persuasive than others.

Arnold Schwarzenegger was a careful student of the interplay of posture, self-confidence, and success. Donald Trump has kept using the posture drilled into him at military school. I wouldnât be surprised if overachievers tend to have better posture than underachievers: that seems like a hypothesis that could be studied. (Of course, that wouldnât answer the question of which way causality flows, but it would be a start.)

More generally, how exactly are we supposed to test motivational techniques that are premised on subjects believing that they work? If you pay $100 to attend a motivational workshop at which a very confident-sounding Arnold Schwarzenegger teaches the packed audience the posture that helped him intimidate Lou Ferrigno at a cocktail party before the start of a 1970s bodybuilding competition and assures you that it will work for you too in your next job interview, can we really replicate that experience in a psychology laboratory by having a neutral-sounding grad student read instructions from an index card?

After all, Schwarzenegger is living proof that power posing can start you on a career all the way to being governor of a state whose name you can’t pronounce.

Recently from Author
← How Do We Keep Schools from Screwing Up?Baseball in 2017 →
Hide 197 CommentsLeave a Comment
"How Andrew Gelman Hurt the Feelings of the Power Posing Lady"
• 197 Comments
Commenters to Ignore
Commenters to ignore (one per line)

Save ListCancel
Endorsed Only
Trim Comments?
← How Do We Keep Schools from Screwing Up?Baseball in 2017 →