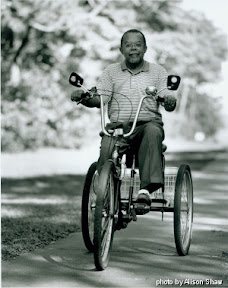 The always enterprising Professor Henry Louis Gates, who hosts the PBS series Finding Your Roots on which he reveals to celebrities their racial ancestry, tries to walk a fine line in the controversy over Nicholas Wade’s A Troublesome Inheritance in the Wall Street Journal. This review is more respectful than most, but toward the end it gets more obtuse.

Race in the Age of Genomics

Uncomfortable truths must be dealt with, but we should stick to facts and call out rampant speculation.

Dr. Altshuler is deputy director of the Broad Institute of Harvard and MIT and was a leader of the HapMap and 1000 Genomes projects on genetic variation. Mr. Gates is the director of Harvard’s Hutchins Center for African and African American Research, co-founder of AfricanDNA.com and executive producer of the PBS program “Finding Your Roots.”

… As more becomes known about DNA, the impulse to view race strictly through the lens of genetic inheritance is gaining force.

The most prominent example is a new book by New York Times science writer Nicholas Wade, “A Troublesome Inheritance: Genes, Race and Human History.” The book starts by describing advances in genetic science, then proceeds to speculate about how human evolution and genetics shaped human culture and history. Such an approach takes square aim at the idea that race is a social constructionâdefining groups of people according to whatever criteria societies choose to imposeâand encourages the framing of this matter as a conflict of political correctness vs. scientific truth.

That is an unfortunate development, because the rise of genomics just adds texture to an age-old question: What does “race” mean?

… We now know that biological variation among individual humans, while correlated with ancestry, stems from a variety of factorsâgenetic, environmental, cultural and behavioral. Widespread migration, urbanization and the relaxing of social boundaries over the past century has led to a vast number of people of mixed ancestry.

It is also true that, on average, people whose ancestors lived in the same place tend to be more closely related to one another than people whose ancestors lived in more distant locales. This shared ancestry can be detected based on differences in the frequencies of genetic variants across human populations. So, if the question of race is limited simply to whether our DNA contains information about where our ancestors lived, then genomic science can be said to inform thinking about race. But the history, legacy and meaning of race are more than biogeographic ancestry. The questions underlying the debate are the extent to which differences in characteristics among groups are determined by inheritance, can be shaped by environment and behavior, and are used to defend or attack social policies.

In recent years, we have started to learn about how specific genes contribute to variation in human traits. Commonly varying traits such as body weight and cholesterol levels and diseases like diabetes, cancer and schizophrenia are each influenced by a vast number of genes and by environmental factors. Nearly all genetic variants yet found to influence common human traits are either widely distributed across populations or vanishingly rare, existing only in a single individual or family.

A small proportion of genetic variants that influence diseases or traits are common in some places and rare in another, but these appear to be the exception and not the rule. Even where such genetic variants exist, they appear to explain only a small fraction of the variation in the trait within the population.

Sure, but the exact same could be said of your relatives, such as nephews. I wrote in 2011:

Political scientist Frank Salterâs 2003 book On Genetic Interests attempted to resolve van den Bergheâs quandary by employing population geneticist Luigi Luca Cavalli-Sforzaâs data and genetic anthropologist Henry Harpendingâs math. In this era when the conventional wisdom is that racial groups are merely social constructs, Harpending was astonished to find that the typical human is almost as closely related genetically to the average member of his own ethnic group, relative to the rest of humanity, as he is to his own nephew, relative to their mutual ethnic group. Eventually, it occurred to Harpending that he might indeed have a harder time distinguishing an unknown nephew of his from a random group of children of the same race than he would have distinguishing among races.

Moreover, most differences in frequency of genetic variants have arisen by chance rather than natural selection.

Sure — in non-functional (“junk”) genes. In functional genes, the ones that matter, we shouldn’t be so sure.

Even in special cases where natural selection can be evoked, differences track not with “racial” groupings but rather with the geographic range of an environmental exposure. For example, in the U.S., sickle-cell anemia is often considered a disease of African-Americans. But sickle cell is common in many places where malaria was once endemic, including Southern Europe and the Middle East.

This is an old cliche that I used to hear a lot of 15 years ago. In truth, sickle cell anemia is radically more common among African-Americans than even among pure Sicilian-Americans: at least an order of magnitude difference. And the rare sickle cell gene variant in Sicily likely got their racially rather than evolving anew there: through black slaves being dragged to Sicily during the Arab occupation in the middle ages. In contrast, lactose tolerance mutations in herding tribes in Sub-Saharan Africa appear to be different and thus not genealogically connected to the widespread mutation in Eurasia that made much of Northern Europe feasible for civilization.

In other words, attempting to draw conclusions about race from DNA evidence is a fool’s errand. What is now becoming clear about genomics, as has occurred regarding race over the past few centuries, is the tendency of some to extrapolate from outlier examples to the general case, to cherry-pick examples that fit a thesis and ignore the rest, and to speculate on how biological observations might translate in the social and political sphere.

Genetics is becoming a Rorschach test, too often employed to support racial arguments or to debunk them. The fact that genetic data can be used to cluster people based on ancestry, and that ancestry is correlated with racial labels, tells us nothing new about how human characteristics are shaped by environment, or about the social meaning of “race.” No data have yet documented a role for genetics in the social or political characteristics of human populations, other than the obvious fact that discrimination continues and is often based on skin color and surname, both of which are inherited.

Documented genetic differences that are well understood play a sizable role in social and political characteristics of import. Height, for example, has been well worked out down to the individual genetic variant level. Genetic differences are one reason the NBA Finals going on right now don’t have a lot of Japanese players participating.

For example, consider the fraught racial politics of Bolivia and Tibet. The indigenous populations have their own separate gene variants adapting them to high altitude, which has made it difficult for the dominant white and Han populations, respectively, to displace the Amerindians and Tibetans from their highlands. The clever Beijing regime is searching out Han-acculturated Eastern Tibetans to colonize Tibet proper for them.

Similarly, when you read in the newspaper about Sherpas going on strike for better Mt. Everest-climbing compensation, these mountaineers are Nepalese-dwelling East Asian Tibetans who inherited the high-altitude adaptation. This gives them some degree of leverage in their labor struggle because the Caucasian masses of population in the lowlands of South Asian simply can’t do the job. In turn, the Sherpas don’t like living below about a mile high because they are more susceptible to warm climate diseases such as malaria.

I can go on endlessly like this about documented genetic differences between racial groups impacting issues you read about daily in the press.

Of course, the big one is IQ. Not surprisingly, a vast number of genes influence the highly complicated human brain, but genetic researchers are slowly making progress on this task. (Here, for instance, is David Piffer’s 2014 paper that may be promising.)

You hear a lot lately about people being on Wrong Side of History. Which side do you really want to bet on when it comes to genetics and intelligence?

We are all curious about our origins and the origin of our individual traits, and science is racing ahead to reveal these fascinating genetic stories. But we shouldn’t let the current focus on DNA dominate the vital discussion of race and society. We must embrace the conversation being sparked by what genetics teaches us about human variabilityâand if someday we learn uncomfortable truths, we must deal with them. But in doing so we should stick to the facts, both historical and scientific, and call out rampant speculation and biased arguments wherever they may be found.

How is science supposed to progress without speculation? Seriously …