Flirting with Trump? No, the US will vote for a Boulder solution
Will Hutton

Boulder, Colorado, has been voted the USâs happiest city, thanks to its urban planning, high level of healthcare and burgeoning service jobs 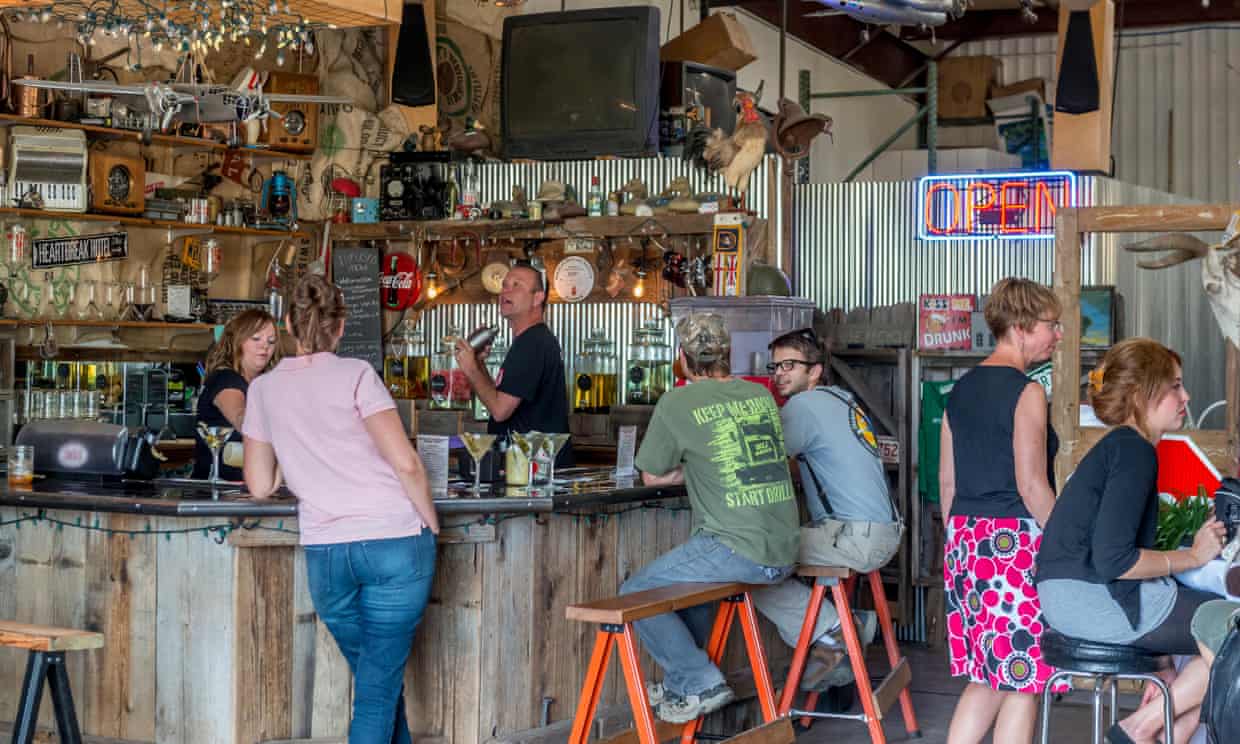 What Americans will look like in the future, unless Trump wins

A bar in Boulder, Colorado, where the hippy culture of the 1960s meets the digital revolution.
Photograph: Alamy
Saturday 21 May 2016 19.21 EDT

The future is here and it works. Importantly, it is not a conservative future. Boulder, Colorado, is not as famous as San Francisco or even Palo Alto â but this city of some 100,000, where the high plains end and the Rocky Mountains begin, is the leading American urban area of the 21st century. It is a bewildering alchemy of 1960s hippy culture, frontier technologies, thoughtful urban planning and burgeoning service jobs ranging from diet counselling to advanced road bike maintenance. Boulder has become the exemplar of how rich and satisfying urban life can be. It is also a Democrat stronghold.

It has been voted the USâs brainiest city, its happiest city, the countryâs foodiest place and the number one city for health. It is a standing reproach to Donald Trump, and indeed Britainâs rightwing Brexiteers who ape his thinking. The place is booming around values and principles to which they are hostile â but attracting families, entrepreneurs and innovators from all round the US because it is such a delightful place in which to live and work.

Who wants to be in neighbourhoods that incorporate the values of Trump-style populists or their first cousins, the Brexiteers, where intolerance and hostility to others are the new normal?

If Boulder is the future, where are all the white people going to come from (as in all seven in the Guardian’s photo illustrating this essay)?