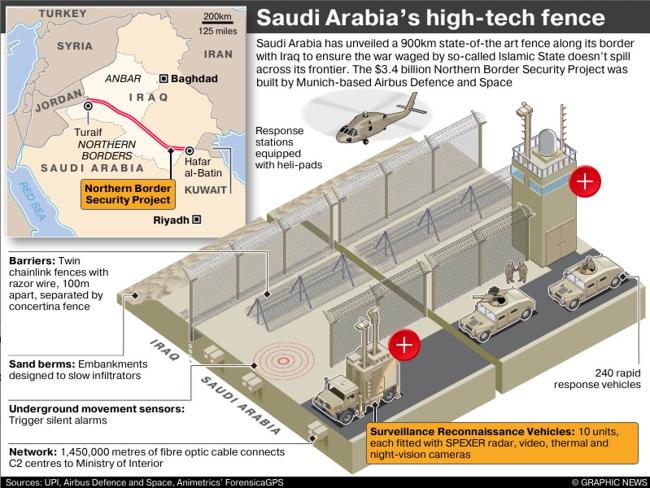 You may be wondering why Syrian and Iraqi refugees are pouring into Europe rather than into, say nearby Saudi Arabia. Well, Saudi officials planned ahead.

Although the Israelis are the most renowned anti-immigrant border fence builders, which is why Hungary and Bulgaria are negotiating with Israel right now, it’s really not that arcane an art. For example, if you can build an airliner, you can build a really good fence, like Airbus is building for Saudi Arabia. In fact, fence-building is one of the oldest and most developed crafts and there are no doubt perfectly fencing contractors with a few miles of you right now, wherever you are. When people tell you it’s practically impossible or unbelievably expensive to keep out economic immigrants, they are either lying or ignorant or both.

Recently from Author
← The Further We Get Into the Obama Era, ...Qatar Hosts 42 Syrian Refugees, But Wil... →
Hide 65 CommentsLeave a Comment
"Germans Build Anti-Arab Fence for Arabs"
• 65 Comments
Commenters to Ignore
Commenters to ignore (one per line)

Save ListCancel
Endorsed Only
Trim Comments?
← The Further We Get Into the Obama Era, ...Qatar Hosts 42 Syrian Refugees, But Wil... →