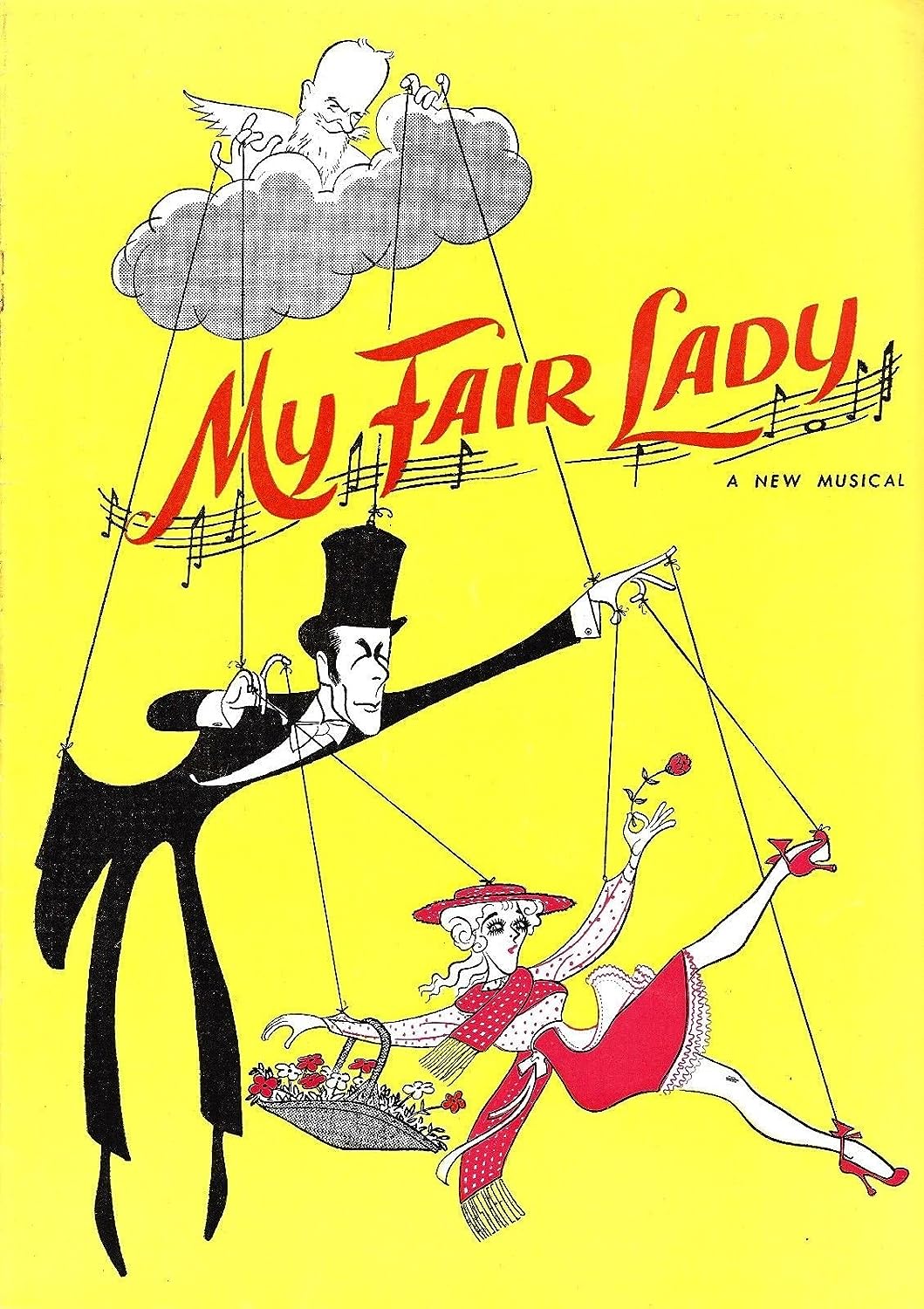 George Bernard Shaw (1856-1950) was the English-speaking world’s most famous leftist from roughly 1895-1935. As a celebrity, he was Tom Stoppard (the top highbrow playwright), Gore Vidal (the most famous interview wit), and David Bowie (the expert self-branding performance artist) rolled into one.

As a playwright, Shaw was long considered Shakespeare’s greatest successors, but 21st Century audiences are less enamored of him. Still, his Pygmalion was made into My Fair Lady. Whatever musical you want to argue is the greatest in the history of the West End/Broadway, you are going to have to come up with an argument for why it’s better than My Fair Lady.

(Interestingly, the 1956 opening night of My Fair Lady, the most famously successful in Broadway history, almost didn’t happen because star Rex Harrison, as Professor Henry Higgins, was suddenly overcome by the paralyzing realization that … he couldn’t sing. But eventually it was communicated to the star that nobody would care about his deficiencies as a singer because the world was about to fall in love with his unknown 20-year-old leading lady, Julie Andrews. So Harrison went out and rapped his way through his numbers and the rest is Broadway history.)

But Shaw was in the newspapers every week for roughly ever opining on the need to reform all aspects of society imaginable.

He was the genius of the Fabian Society that more or less invented the bourgeois side of the British Labour Party.

But he had lots and lots more opinions, on what to eat (vegetables), what to wear (while you shouldn’t eat sheep, you should wear woolen underwear at all times), and much else.

For example, his will left money to be devoted to the creation of a Shavian Alphabet to eliminate the problems of English spelling. (BLM activists often have problems with spelling, but you don’t see them calling for rationalized alphabets, now do you?)

But now even Shaw is getting canceled.

From the Sunday Telegraph:

telegraph.co.uk â Students at RADA have said George Bernard Shaw’s name should be removed from its theatre over his support of eugenics.

A recent biographer, Fintan O’Toole, argues that Shaw’s pro-eugenics polemics were so over the top that they were actually Swiftian satires.

Certainly not the students at the Royal Academy of the Dramatic Arts.

The call is included in an anti-racism action plan that also says received pronunciation should be “de-centred” from the curriculum. The Royal Academy of Dramatic Art should also consider dropping the performance of Restoration comedies due to their association with empire, the plan says.

Recently from Author
← That's Not Funny!Atlantic: Vote for Biden or the Riots W... →
Hide 164 CommentsLeave a Comment
"George Bernard Shaw Is Getting Canceled"
• 164 Comments
Commenters to Ignore
Commenters to ignore (one per line)