We’ve had some talk recently about false positive test results, but I couldn’t figure out the intended implications. In the New York Times, conservative columnist Ross Douthat recounts his tale of what sounds like a false negative diagnosis:

Falling Ill, Testing Negative
I had the symptoms. But did I have the coronavirus?

I traveled a lot in the weeks before America went into lockdown, promoting a book about (ah, irony) the decadence of the developed world. I was in New York, Washington, Boston, Los Angeles â then home to Connecticut, then back to New York and D.C. again.

I was planning to review Ross’s book on Decadence until the pandemic came along. I’d previously reviewed Adam Rutherford’s book How to Argue with a Racist: he came down with corona on his book tour too.

I thought of myself as woke to the coronavirus: I had followed reports from Wuhan via grainy Chinese videos and fringe alarmist Twitter, warned skeptical relatives to stock up and prepare to bunker down, and filled our basement shelves with rice and beans, paper towels, the works.

But I also felt, a bit idiotically, that if I was savvy enough I could stay one step ahead of the virus â giving up handshakes early, carrying Purell everywhere, projecting from the early case numbers to figure out how long I could safely travel, and when the virus would explode and the country would shut down.

My shutdown prediction was correct: I got home and started canceling future book events just before the lockdowns started. But the day after my return I felt achy and strange, and the following morning I woke up with a dry cough, tightness in my chest and pain across my lungs.

Then the rest of his family gets the symptoms. They finally find a drive-in testing center, but the test find Ross Negative, which would be bad: after all he suffered, he is formally still vulnerable to get the Big One. But in truth he’s like immune due to a false negative report.

So how many false negative tests are there?

← Italy and SwedenYou Have to Pull Sick People Out of The... →
Follow @steve_sailer

← Italy and SwedenYou Have to Pull Sick People Out of The... →
Current Commenter
says:
Current Date at Time Now
Leave a Reply - Comments are moderated by iSteve, at whim.
Cancel Reply 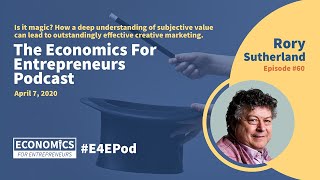