Aren’t you glad that the formerly white-bread Twin Cities of Minnesota now enjoy the strength of Diversity? From Fox9 in Minnesota:

Protesters march onto I-94 in St. Paul in response to unrest in Ethiopia after death of singer
Published 8 hours

ST. PAUL, Minn. (FOX 9) – Protesters marched onto I-94 in St. Paul Wednesday evening in response to the unrest in Ethiopia.

Deadly protested have broken out in the country after a famous singer, Hachalu Hundessa, was shot dead. Hundessa, who was killed on Monday was known as a prominent voice in anti-government protests that led to a change in leadership in 2018, with Prime Minister Abiy Ahmed taking office. Hundessa wrote songs that were about the of the Oromo ethnic group in Ethiopia.

For about nearly two hours, demonstrators gathered on westbound I-94 before getting off on Lexington Avenue and moving north.

Getting stuck on the freeway in Minnesota for 2 hours is a small price to pay for being dragged into a dispute between ethnic groups in the highlands of Ethiopia over horse thievery in 1886. From a BBC article on the murdered Oromo singer:

Two years later, he released a powerful single, Maalan Jira? (What existence is mine?), referring to the eviction of Oromos from Addis Ababa and its surrounding areas, after the government decided to expand the boundaries of the city.

For Hachalu, the 2015 displacements showed that history was repeating itself. 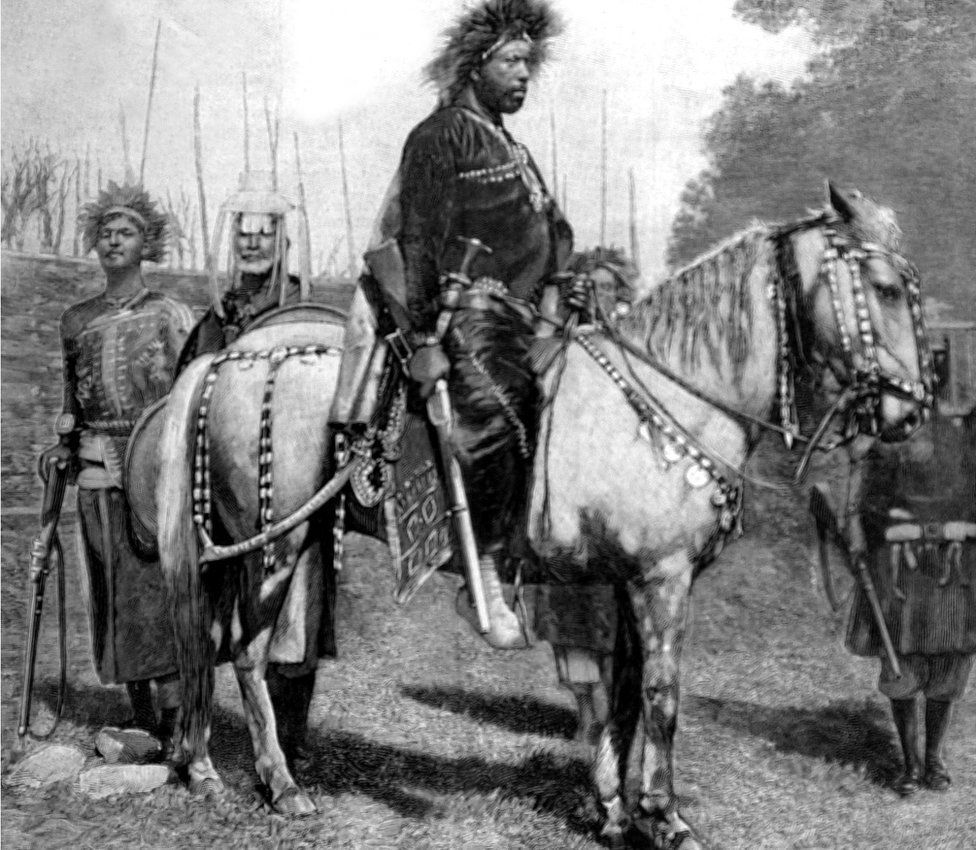 Menelik II on a stolen(?) horse

That’s boring, but the next part is so esoteric it’s fun:

He shared the view of Oromo historians that what is currently known as Addis Ababa was once the home of the Tulama clans of the Oromo, and they were forced out by Emperor Menelik II.

In June, Hachalu angered the emperor’s supporters after he accused Menelik II of stealing the horses of Oromos – who see themselves as gallant warriors and horsemen – when he established Addis Ababa as his seat of power, and Ethiopia’s capital in 1886.

Okay, so the reason you couldn’t get home from work before your kids went to bed in St. Paul, Minnesota today was because an Oromo singer insulted the memory of Emperor Menelik II by accusing him of horse thievery in Abyssinia 134 years ago.

See, it all makes sense.

If only Twitter hadn’t banned Hakan Rotmwrt because he could explain it all to us. I tried to look up Evelyn Waugh’s explanation of the events, but I couldn’t follow it. Only Hakan can do it justice.

By the way, Menelik II (Menelik I was the son of King Solomon and the Queen of Sheba), was a hero to Black Power movements around the world because he defeated the Italian invaders at Adwa in 1896.

And then they came for Haile Selassie …

The statue of Ras Tafari, the former emperor of Ethiopia and icon of Rastafarians, was smashed up in Wimbledon in London, where the emperor spent his 1936-1940 exile during the Italian occupation of Ethiopia. Mostly Peaceful Oromo Protesters are suspected.

Fortunately, the moment White Supremacy is smashed once and for all, all the peoples of the Earth shall live in peace … well, except for the Oromos and the Amharas, of course.

Recently from Author
← BLM in Trouble with BBC Over Anti-Israe...World War Hair Update: U.S. Authorities... →
Hide 200 CommentsLeave a Comment
"The Blessings of Diversity: Minnesota Freeway Is Blocked by Dispute Over Abyssinian Horse Thievery in 1886"
• 200 Comments
Commenters to Ignore
Commenters to ignore (one per line)