Dear Steve, I was amused to see your article today linking deafness politics to trans politics. As someone who was born mostly deaf, I’ve thought about these parallels before and considered writing something on it, though I’m not sure I’ve seen anyone else note the connection.

One interesting thing you didn’t mention is how the radical stance is reversed across the two cases. That is to say, in the case of deaf people, the radical move is to insist on leaving them as they were born and to resist any attempt at using technology to correct their hearing loss. For trans cases, the radical move is conversely to insist that such people cannot possibly live as they were born and that technology must be employed to change them as they wish.

I realize that intellectual consistency is not exactly to be hoped for these days, but I still find this pretty amusing.

Well some deaf people talk to themselves in sign language and from my experience learning something of a couple of sign languages (in different countries) most people misunderstand how signers think. AFAICT itâs gestural (think of mental limbs signing rather than a mental tongue moving around). Itâs not seeing a mental signer, itâs feeling yourself sign even though youâre not (if that makes sense). 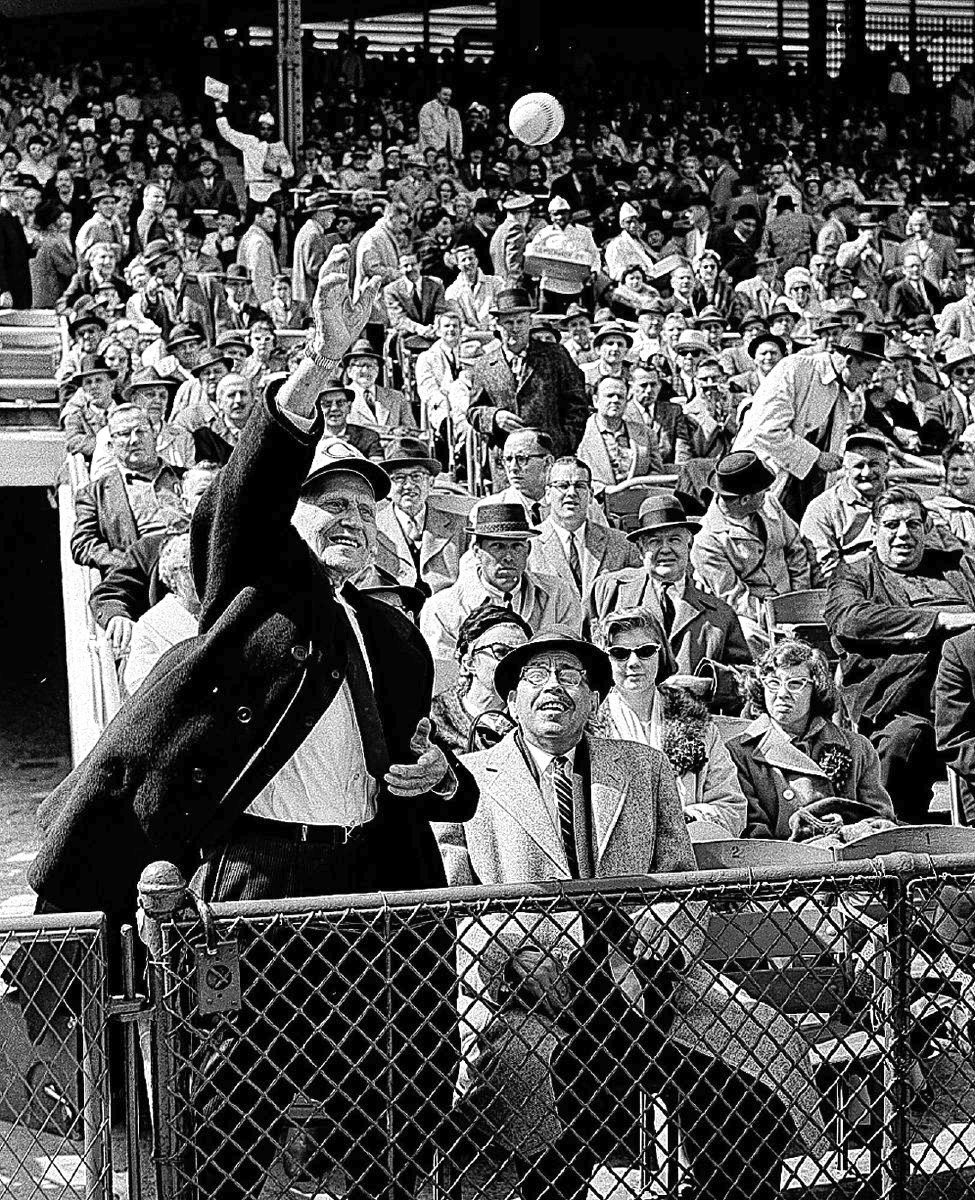 In deaf-related topics I couldn’t fit into my Taki article, I’m a fan of Dummy Hoy, the fine lead-off man / centerfielder for the Cincinnati Reds in the 1890s.

Not quite a Hall of Famer, although he still ranks in the top 20 all-time for career stolen bases (ahead of Maury Wills), but definitely a member of the Hall of Interest of interesting baseball players.

Here he is at age 99 throwing out the ball to start a 1961 World Series game.

There’s also a long-running debate in deaf education about whether “oralism” (teaching deaf children to speak and lip-read) or “manualism” (sign language) is best. The former tends toward assimilation with the larger culture, the latter toward separatism. (The latter’s politics remind me of those of Quebec.)

Oralism was big in the first half of the 20th Century, but manualism became stronger in the later 20th Century. In a letter to editor of the New York Review of Books in response to an Oliver Sachs essay in 1986, Arden Neisser explained:

The rise of oralism was greatly influenced by demography, and so was its demise. Oralism no longer exists in its nineteenth century form. If the system worked at all, it worked for the adventitious (postlingual) deaf who accounted for 60% of all deaf children at the turn of the century. The elite oral schools (the Clarke School, for example), were highly selective, preferred postlingually deaf children, and only admitted those who seemed certain to succeed. Reverence for speech was not the only issue. At the core of oralist conviction was an imperfectly disguised horror of the defective geneâa horror expressed for them by A.G. Bell in his Memoir Upon the Formation of a Deaf Variety of the Human Race. Not merely an historical artifact, the book is still in print, still discussed, and still recommended to teachers and parents of deaf children.

Since World War II, and the development of antibiotics, postlingually deafened children have become rare. Today, most children who are deaf were born profoundly deaf. In the 1960s and 1970s, because of a series of rubella epidemics, the school-aged population soared. All existing facilities expanded, and in expanding were evaluated. Oralism, already under criticism, was further discredited.

Fortunately, first antibiotics in the 1940s and then the invention of a rubella vaccine a half century ago (now MMR) greatly reduced the number of children made deaf by disease after having learned to speak. So now most cases of childhood deafness are due to congenital birth defects. The latter are more suited to sign language.

Save ListCancel
Endorsed Only
Trim Comments?
• Replies: @Jim Don Bob
@AnonJordan Peterson has a good podcast with Abigail Shrier whose book about the explosion of I'm trans among teenage girls got the book blacklisted on Amazon.