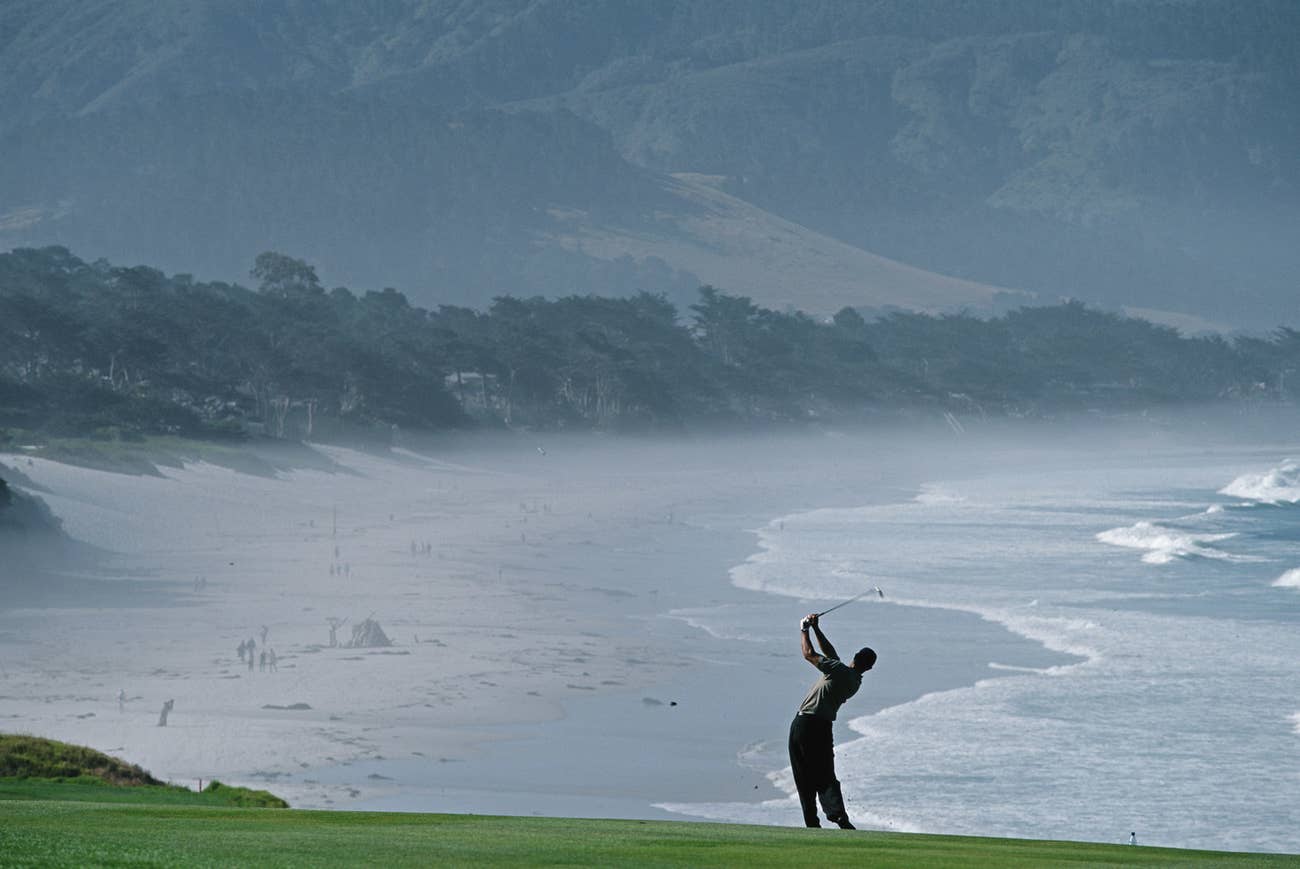 … One illustration of the countryâs wealth is the number of golf courses it boasts. There are, astoundingly, 14,794 golf courses in the United States, according to the National Golf Foundation â more than twice the number of the roughly 6,000 individuals currently in Tijuana seeking asylum.

Yes, there are enough golf courses in the United States for every adult and child asylum-seeker in Tijuana to have their own entire course â and there would still be nearly 9,000 left over.

My actual name is Yasiel Puig Slim (or “El Chopo” for short) and I am an asylum seeker, so two golf courses are rightfully mine. For my golf courses, I put my dibs down on Pebble Beach (above) and Cypress Point (below).

Recently from Author
← Women's March as Coalition of Fringes i...Deep State →
Hide 231 CommentsLeave a Comment
"Buzzfeed: "America Has 14,000 Golf Courses and 6,000 Refugees Waiting At the Border""
• 231 Comments
Commenters to Ignore
Commenters to ignore (one per line)