The co-founder of Black Lives Matter has found a personal solution for the big black crime wave that she has done so much to instigate. From Dirt, a real estate website:

A secluded mini-compound tucked into L.A.âs rustic and semi-remote Topanga Canyon was recently sold for a tad more than $1.4 million to a corporate entity that public records show is controlled by Patrisse Khan-Cullors, 37-year-old social justice visionary and co-founder of the galvanizing and, for some, controversial Black Lives Matter movement.

Kahn-Cullors, a UCLA and USC graduate married about five years ago to social activist (and amateur boxer) Janaya Khan, co-founder of Black Lives Matter Toronto, created the #BlackLivesMatter hashtag in 2013 in response to George Zimmermanâs acquittal in the 2012 shooting of Trayvon Martin. Since then, the largely decentralized movement has been at the influential forefront on issues of police brutality and racially motivated violence against Black people, particularly in the wake of George Floydâs killing last summer that sparked massive protests across the United States and around the globe. Kahn-Cullorsâ published âWhen They Call You a Terrorist: A Black Lives Matter Memoirâ in 2018.

A winding 15 minute drive from The Commons at Calabasas and a slightly longer and somewhat less serpentine drive from Malibuâs Getty Villa, the pint-sized compound spans about one-quarter of an acre. The propertyâs not-quite 2,400 square feet is divided between the a three-bedroom and two-bath main house and a separate one-bed/one-bath apartment capable of hosting guests long term with a private entry and a living room with kitchenette.

$1.4 mil is cheap for a house in Topanga Canyon, so it’s not luxurious. 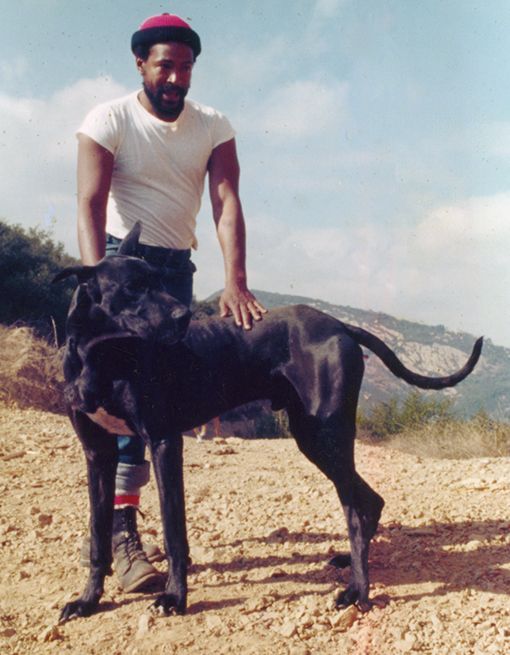 The amusing thing is that Topanga Canyon is culturally the whitest spot in the Los Angeles area: it’s been a semi-rural hippie enclave for bohemian artists since the 1960s. The last time I went hiking there, I saw Emmy Lou Harris out for a hike.

Residents over the years have included Woody Guthrie, Joni Mitchell, Linda Ronstadt, Jim Morrison, Van Morrison, Neil Diamond, Neil Young, and Stephen Stills. During the mellow singer-songwriter boom of the 1970s, Topanga Canyon was associated with Laurel Canyon as constituting a scene. (I can’t really tell Laurel Canyon and Topanga Canyon rock stars apart, although I’m sure somebody could tell you the difference.)

Topanga was not popular with black musicians, although Taj Mahal lived there and Marvin Gaye moved in in 1973. His wife says he had an AK-47 and giant dogs for protection.

Topanga is not terribly welcoming to outsiders. Back before GPS, the locals would frequently tear down the road sign pointing to the trailhead of the Topanga Canyon State Park.

But it’s perhaps the safest non-gated community in Los Angeles County for staying far, far away from black crime. Topanga was only 1.4% black in the 2010 Census and 84.5% non-Hispanic white, which is very white for L.A. County. Of course, Black Lives Matter has gotten thousands of incremental blacks murdered by other blacks, but Ms. Khan-Cullors’ black life matters enough to stay secluded from other blacks.

Save ListCancel
Endorsed Only
Trim Comments?
← Prince Philip, RIPDIE Consultants Complain That They Are ... →