The L.A. Times has some striking drone pictures of all the unused rental cars that are being stashed in the Dodger Stadium parking lot and, below, all the unsold new Toyotas at the Toyota lot at the Port of Long Beach: 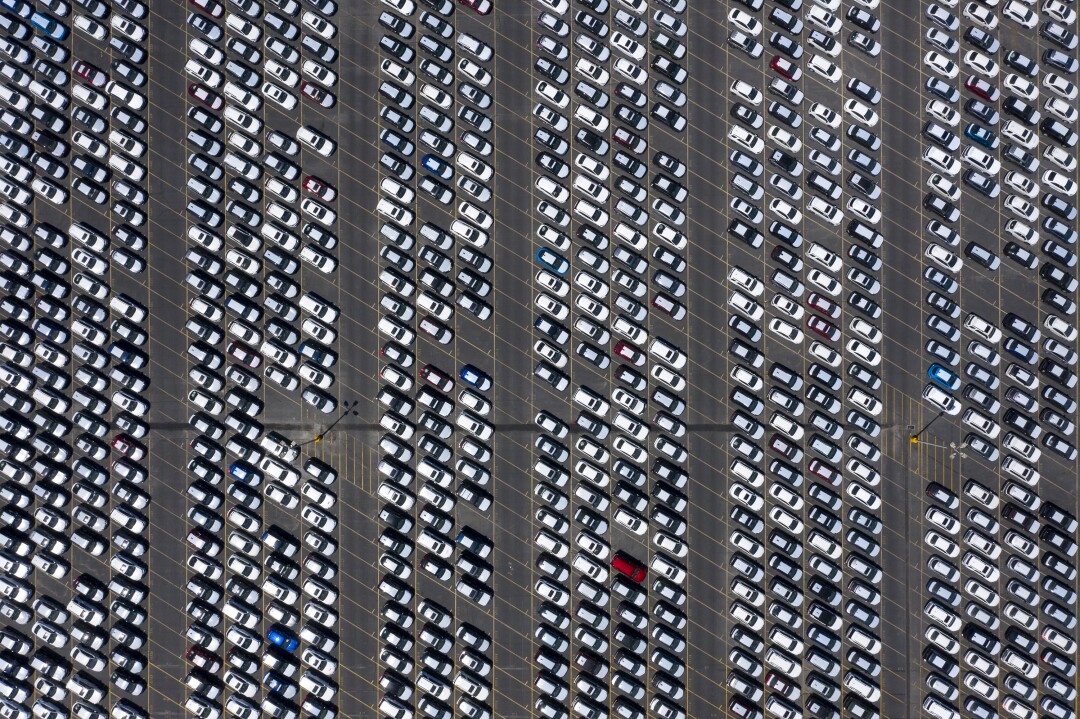 Are the vast majority of new cars white (or perhaps silver)? In this picture of over 600 new cars, I see one red vehicle and one blue one. But I also see a number of cars that appear to have a very light roof and hood but perhaps more color around the sides. Is there some new paint job where the roof and hood is white but the sides are blue?

Recently from Author
← CDC Finally Admits Touching Things Less...Still No Motive Known in Delaware Veter... →
Hide 55 CommentsLeave a Comment
"Are All the Unsold New Cars White?"
• 55 Comments
Commenters to Ignore
Commenters to ignore (one per line)