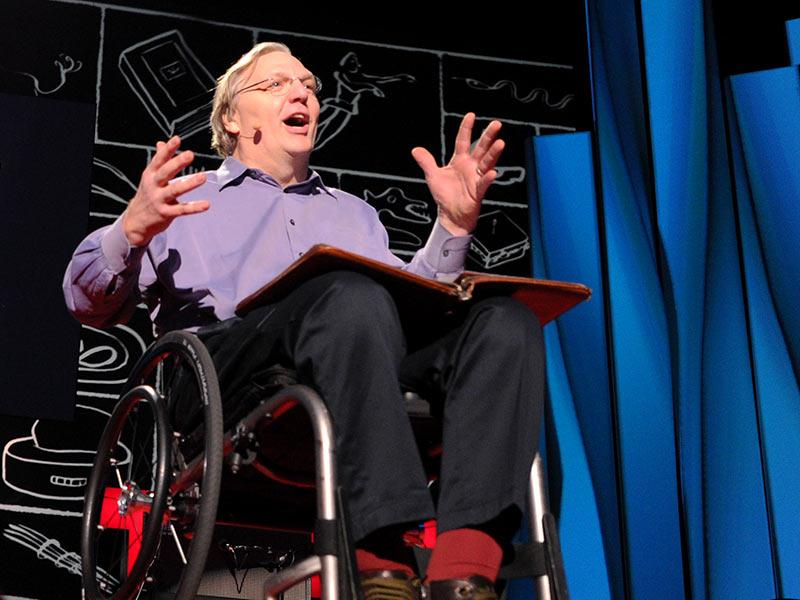 Add John Hockenberry, the award-winning New York Public Radio host, to the growing list of high-profile men in media to be publicly accused of sexual harassment in recent months.

In an article published Friday by New York magazineâs The Cut, the author Suki Kim described allegations of harassment, unwanted touching and bullying by several female colleagues of Mr. Hockenberry, who was a co-founder and host of âThe Takeawayâ on WNYC for nearly a decade before retiring in August.

… Rebecca Carroll, special projects producer for WNYC, said on the program that he had made racially inappropriate remarks to her during a meeting soon after she started working at the radio station.

âProbably inside 30 seconds he said to me, in front of the staff, âIf it feels like a slave plantation mentality here, thatâs because it is,ââ said Ms. Carroll, who is black. He went on to talk about his efforts championing black voices, she added.

Note to white progressives: Don’t try to sound Woke, it will only be used as evidence against you. Just realize you are racially wrong whatever you say or do.

Mr. Hockenberry, 61, helped to start the show, which WNYC had hoped would appeal to minorities, in 2008. Early on, Mr. Hockenberry shared the spotlight with a succession of minority women as co-hosts, but he became its only host in 2012 when the show switched formats. The New York Times was an early collaborator on the program.

Mr. Hockenberry, who was paralyzed in a car accident decades ago, did not immediately respond to a request for comment on Monday, but he did provide the following statement to Ms. Kim:

âIt horrifies me that I made the talented and driven people I worked with feel uncomfortable, and that the stress around putting together a great show was made worse by my behavior. Having to deal with my own physical limitations has given me an understanding of powerlessness, and I should have been more aware of how the power I wielded over others, coupled with inappropriate comments and communications, could be construed. I have no excuses.â …

Some of Mr. Hockenberryâs former female colleagues told Ms. Kim that they had been the recipients of unwanted kissing, touching and sexualized comments. Three minority women who were his co-hosts complained to WNYC after feeling undermined by him, according to Ms. Kim.

… Another, Farai Chideya, said Mr. Hockenberry urged her to lose weight and suggested she was a âdiversity hire.â A third accused him of âsabotagingâ her.

Ms. Kim also shared her own account, which began about a year after her December 2014 appearance on the show. Mr. Hockenberry asked to meet with her, she said, and then began issuing repeated suggestive messages by email, persisting even as she declined to respond.

He suggested that they âdo a dateâ and âscheme some other way to get you back on the air,â she reported. One email arrived with the subject line âNeed another dose of you.â He asked for her home address so he could send her letters.

In one email, which arrived on Ms. Kimâs birthday, he asked if he was âbugging you or creeping you out?â It was, she wrote, âas though he knew exactly how uncomfortable he was making me feel.â

So, a creepy old cripple creeped out a woman by kind of sort of implying he was interested in her romantically. Call the New York Times! Stop the presses! The Zero Point Fiveth Amendment says that women have the right to go through life only being hit upon by hot guys who enjoy full use of all four of their limbs.

Was there a scene in a movie comedy where a handsy boss in an electric wheelchair chases his secretary around his desk? If not, there should be.

Meanwhile, the Met opera conductor / gay pederast James Levine’s scandal keeps growing and more people are dropping into comments sections to say that they’d heard decades ago that he was grooming teenage boys. Opera isn’t that big of a deal in America, but Levine was more or less the most powerful figure in American opera for most of the last 40 years, so this one is very bad. It sounds like he was running some kind of gay cult for aspiring musicians.

On the other hand, Levine’s targets were usually right around the legal age of consent, so sending him to prison may turn upon testimony over the precise dates he did what many years ago.

Save ListCancel
Endorsed Only
Trim Comments?
← Rodrik: "Why Nation-States Are Good"And Then They Came for Director Bryan S... →