ADL Gets Lesser Role In Starbucks Diversity Training After Controversy
April 27, 2018 By JTA

(JTA) â The Anti-Defamation League is no longer taking a leading role in next monthâs diversity training at Starbucks stores across the United States, serving instead in an consulting role.

Initially, the groupâs CEO, Jonathan Greenblatt, was one of four civil rights leaders tapped to develop the coffee giantâs all-day anti-bias training next month across its 8,000 U.S. locations. The training was announced following outrage at the arrest of two black men waiting to start a meeting at a Philadelphia Starbucks store.

The other three civil rights leaders â Sherrilyn Ifill of the NAACPâs Legal Defense Fund, Bryan Stevenson of the Equal Justice Initiative and Heather McGhee off the liberal think tank Demos â will still be leading the training.

But Starbucks announced in a Wednesday press release that the ADL will now be one of âa diverse array of organizations and civil rights expertsâ that Starbucks will consult. Other groups in the consulting role include those combating anti-Muslim, anti-LGBT and anti-Latino bigotry. 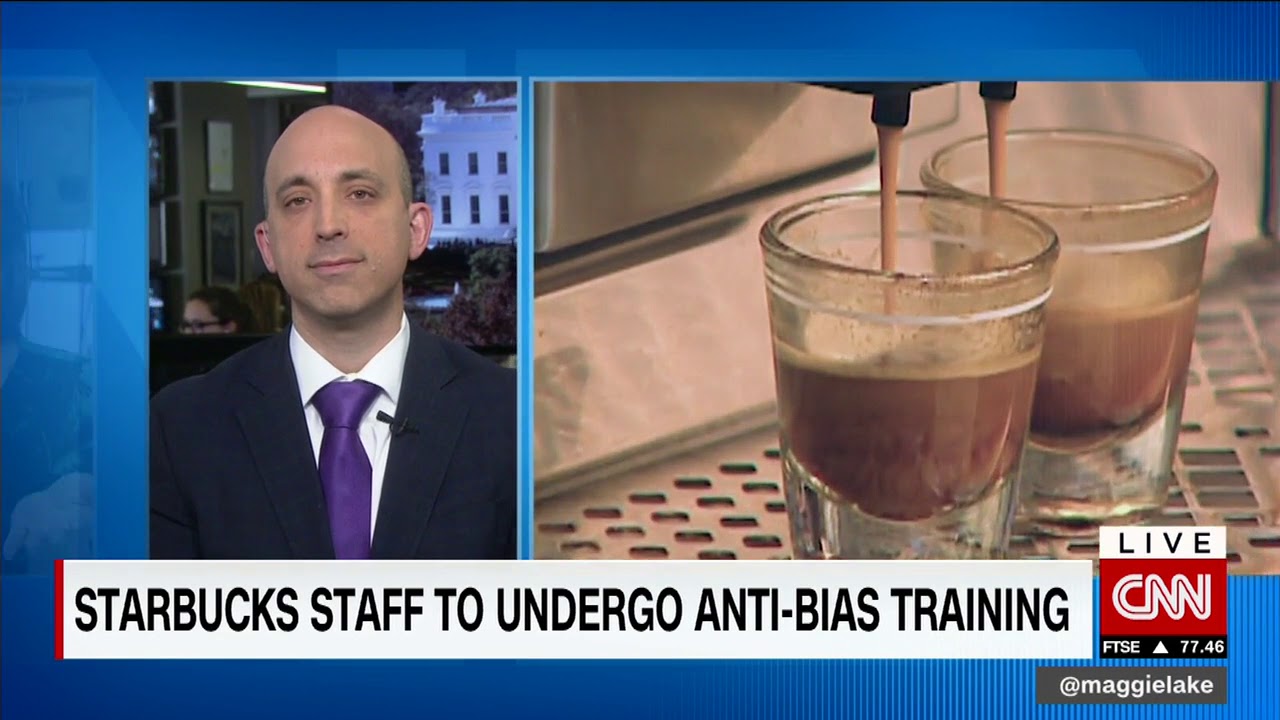 Starbucks did not specify why Greenblatt is no longer among the originally named experts.

This is just a crazy thought, but maybe it has something to do with Greenblatt not being black?

âThe demotion of the ADL from a leadership role is a clear reflection of the recognition by a wide variety of social justice organizations and individuals that the ADLâs status as a civil rights organization is compromised given its history and practices of anti-Muslim, anti-Palestinian, and anti-Black racism,â Rebecca Vilkomerson, JVPâs executive director, said in the press release.

Here’s a leaked copy of the speech Greenblatt was planning to deliver to all Starbucks workers:

I say to you today, my friends, so even though we face the difficulties of today and tomorrow, I still have a dream. It is a dream deeply rooted in the American dream. I have a dream that one day this nation will rise up and live out the true meaning of its creed, âWe hold these truths to be self-evident, that all men are created equal.â I have a dream that one day, Jewish-Americans will be free — free at last, free at last, Thank God Almighty, we are free at last — to sit down at a Starbucks lunch counter and order an Iced Skinny Cinnamon Dolce Latte.

Recently from Author
← Diversity Achievement: 4 of 6 #MeTooed ...The Kind of Training Starbucks Workers ... →
Hide 100 CommentsLeave a Comment
"ADL Squeezed Out of Starbucks' Big Bucks Payoff"
• 100 Comments
Commenters to Ignore
Commenters to ignore (one per line)

Save ListCancel
Endorsed Only
Trim Comments?
← Diversity Achievement: 4 of 6 #MeTooed ...The Kind of Training Starbucks Workers ... →