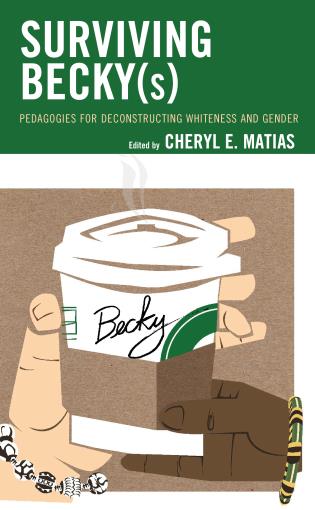 The rapidly growing field of Becky/ Karen Studies has a new milestone book: Surviving Becky(s): Pedagogies for Deconstructing Whiteness and Gender, a $95 anthology edited by Professor Cheryl E. Matias of the University of Colorado, Denver School of Education:

Dr. Cheryl E. Matias is an Associate Professor in the School of Education & Human Development (SEHD) at the University of Colorado Denver. She earned her doctorate at UCLA with an emphasis in race and ethnic studies in education. She is the author of book Feeling White and delivers national talks and workshops on whiteness, racial justice, and diversity. She is a motherscholar of three, including boy-girl twins, an avid Lakers fan, and Bachata ballroom dancer. Now, all that scholarship needs is a magisterial deconstructionist work with the title:

Professor Matias asked for submissions to be written “fan fiction style” and got an enthusiastic response. Here’s her Facebook call for chapters:

BECKYISM & WHITENESS
The term âBeckyâ is gaining popular parlance both in the informal critiques of the academy, specifically in the field of education, which is replete with white females, (see Matias & Nishi, 2017) and in the general public (see â5 Types of Beckysâ …

… Finally, Godfrey (2003) further interrogates the oft association of innocent and sweetness to white women in her critical historical analysis of the âsweet little white girlsâ who vehemently reacted to the Little Rock Nine in 1957 post Brown v. Board of Education. In her analysis she shows how the characterization of âsweet little white girlsâ left the vitriol, violence, and aggressive behaviors of white women during that time intact and uncovered. Clearly, the study of white women is nothing new yet the particularities of the modern conceptualization of Becky are in order.

THE PROPOSED BOOK
As such, the proposed edited book is the first to survey the increasing phenomenon of Beckyism. That is, since there is much confusion on who embodies the Becky this proposed book will identify the following: who embodies the Becky, why is such an embodiment a relevant phenomenon to explore, and how can utilizing this characterization help scholars, educators, students, and staff who are committed to diversity and inclusion understand how might racial and gender dynamics impact students, faculty, and staff of color working in predominantly white institutions (e.g., schools, universities, etc.). However, because revealing racial and gender microaggressions are, at times, retaliatory, the book encourages contributors to write their experiences with Beckys in fan fiction style. Fan fiction, as Preston (2013) suggests, are âthose types of narrative writing that take existing fictional setting as the basis for further speculative fictionâ (p. 9). Meaning, each chapter will have no citations and be written in a 3,000 to 4,000-word creative or literary short story form with a setting, character(s), possible dialogue, and plot. Per Critical Race Theoryâs methodology of counterstorytelling as a way to counter majoritarian stories (Solorzano & Yosso, 2001) and parables to illustrate the dynamics of race in fictional ways (see Bell, 1992) these stories not only can be based upon actual lived experiences with Beckys or a composite of Beckys, but can be seen as nonthreatening ways to illuminate how the characterizations of Beckys impact folks of color or other racially just individuals. …

QUALIFICATIONS
Having explored and opened the field of the emotionality of whiteness in my first book, Feeling White, earning several distinct recognitions for my work in whiteness, and knowing the immediate negative reactions to whiteness studies particularly from whites, I opt to engage in a different format to further understandings of whiteness and its dynamics; particularly, Critical Race Theoryâs storytelling and parables. The purpose here is not to vilify all white women. Instead, the goal is to highlight how behaviors, attitudes, emotions, rhetoric, and epistemological stances can, at times, mimic Beckys who, beyond their intention to do good and be liberal, engage in ways that ultimately exert whiteness. These exertions in turn are traumatic, passive aggressive, violent, or simply counterintuitive to the goals of racial justice, antiracism, or educational equity for folks of color.

Becky(s) are standing in the way of the True Master Race, who, judging by the various pictures of Professor Matias online, are (I’m guessing) Flirty Filipinas. 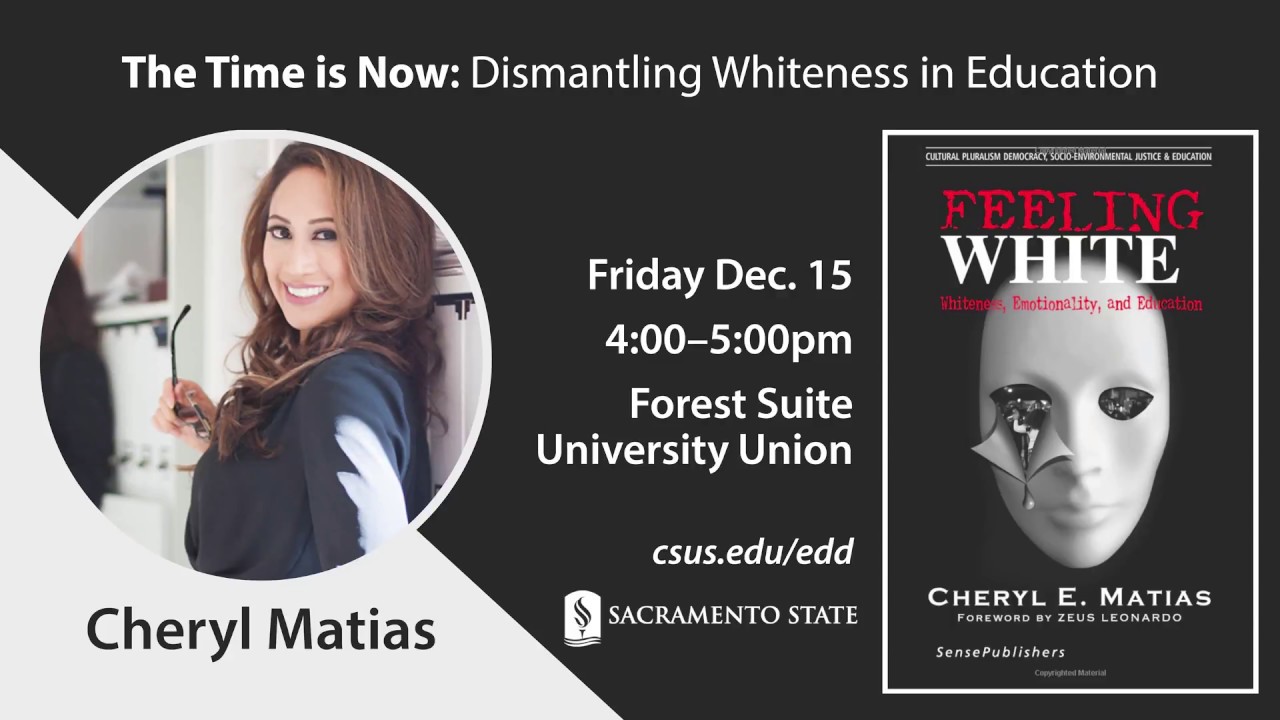 Recently from Author
← Bloomberg Doesn't Think the Inalienable...My Review of Adam Rutherford's "How to ... →
Hide 118 CommentsLeave a Comment
"A Scholarly Landmark in Becky / Karen Studies: "Surviving Becky(s): Pedagogies for Deconstructing Whiteness and Gender""
• 118 Comments
Commenters to Ignore
Commenters to ignore (one per line)

Save ListCancel
Endorsed Only
Trim Comments?
← Bloomberg Doesn't Think the Inalienable...My Review of Adam Rutherford's "How to ... →