Hundreds of thousands of citizens assemble for Trump rallies and not one Air Jordan is looted.

In other news, will Kamala Harris be the first retired sex worker to be elected Vice President?

Not in the news, but this photo of Joe Biden re-enacting Billy Crudup’s famous “I am a golden god” pool scene from Cameron Crowe’s rock band tour movie Almost Famous for an appreciative but puzzled crowd who have never watched Almost Famous is worth reposting: 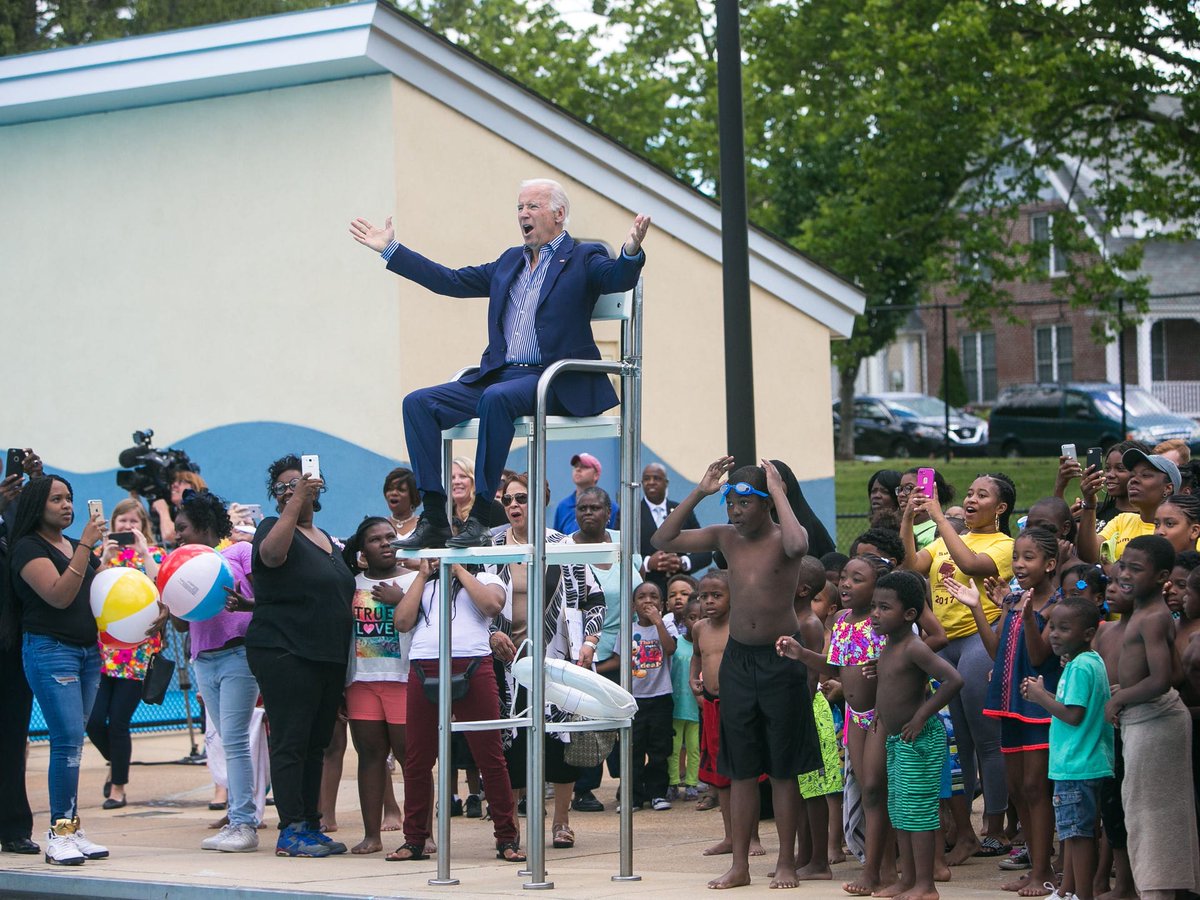