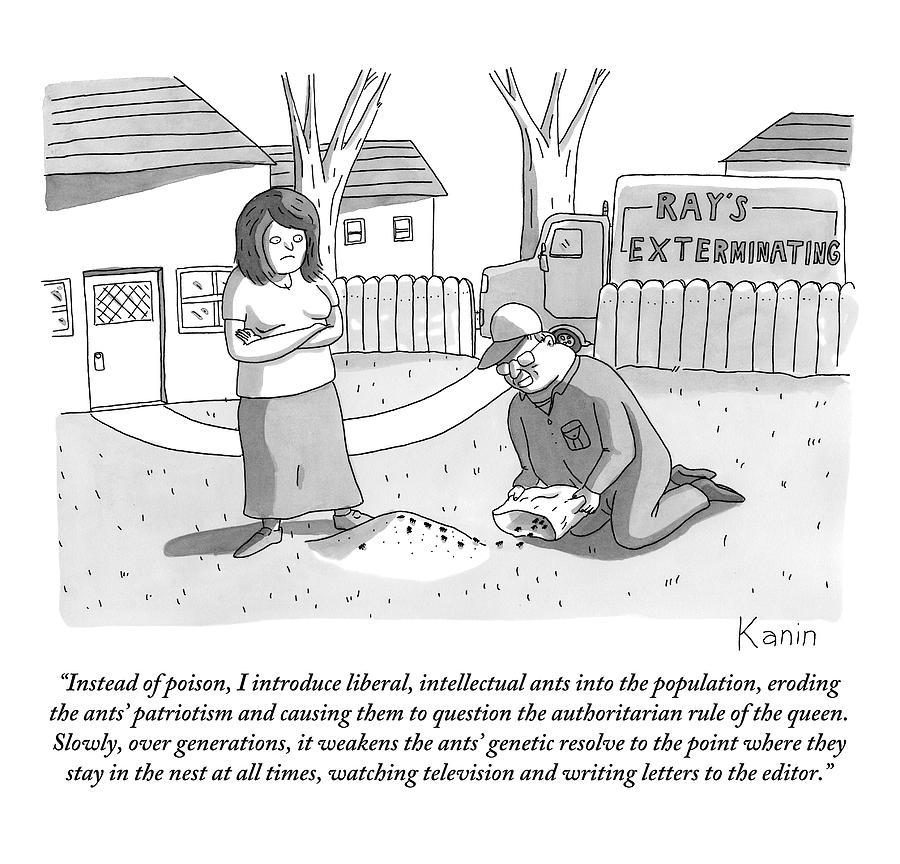 An Exterminator Explains What He Is Doing is a drawing by Zachary Kanin which was uploaded on August 9th, 2016.

I once got for Christmas a huge coffee table book of New Yorker cartoons since the 1920s, which I most enjoyed. But my teenage sons found few cartoons from before maybe the 1980s to be funny. • Replies: @Known Fact
• Thanks: Mike Tre, bomag
← What the Supreme Court Can Do to Save A...Lost Einsteins or Lost Edisons? →
Current Commenter
says:
Current Date at Time Now
Leave a Reply - Comments are moderated by iSteve, at whim.
Cancel Reply
Commenting Disabled While in Translation Mode