Not very many commercial airliners crash anymore, but two newish Boeing 737 MAXes have crashed in the last six months, out of 350 delivered since the MAX went into service in 2017. (A total of over 5,000 have been ordered.) The plane is currently grounded worldwide, with suspicion focused upon the software.

I am reminded of American Airlines Flight 191, a wide-body DC-10 that crashed upon takeoff at Chicago OâHare on May 25, 1979, killing 273 people, which is still the worst crash ever in the United States.

The DC-10 was grounded for five weeks that summer, while everybody tried to figure out whether the plane was fatally flawed in its design or the weakness lay in how it had been handled: i.e., a Nature vs. Nurture debate.

According to scuttlebutt going around within rival Lockheed (maker of the similar three-engined L1011) that McDonnell-Douglasâs design philosophy was fundamentally flawed. Lockheed had decided that while the risk of a a pylon attaching a jet engine to a wing breaking off could be reduced to, say, one in a million, it was impossible to assure that one of the wing-mounted engines would never snap off. So the Lockheed TriStar was designed to still be flyable in case a pylon broke off

Of course, it turned out that the stresses weakening any one pylon were correlated with the stresses undermining its identical twin backup pylon right next to it. So, when one pylon was weakened, such as by bad maintenance, so was the other.

On the other hand, airlines had invested in hundreds of DC-10s and didnât want their huge investment labeled as the cause of the crash.

It turned out to be an interesting test case in Coasean economics.

Eventually, the government blamed poor maintenance as the cause, American Airlines rather than McD paid off the families of the dead, and airlines went to a regime of intensive inspections and maintenance of DC-10s.

So, better nurture kept the DC-10 flying until it was superseded by newer 2-engined widebodies. It’s last airliner flight was 2014 in Bangladesh. It still serves as a cargo jet.

On the other hand, both McDonnell and Lockheed were weakened by their head to head competition in the 3 engine widebody market: Lockheed, nearly ruined by engine maker Rolls Royce’s bankruptcy and having been bailed out by Congress in 1971, was late to market and sold fewer L1011s. McDonnell had the advantage that airlines also bought it’s DC-8s and Dc-9s, while Lockheed hadn’t sold an airliner since the propeller Constellation and the turboprop Electra. McDonnell sold reasonable numbers of DC-10s, but its reputation was damaged by this and other crashes.

Lockheed eventually got out of airliners and McDonnell Douglas was bought by Boeing, ushering in the current Boeing-Airbus duopoly in big airliners.

Somewhat relatedâ¦while it is true that Boeing technically bought MDD, many of the senior decision makers at the newly merged company ended up being from the MDD side. MDD had bigger defense presence than civilian, basically the opposite of Boeing. The name of the game for defense was to outsource, outsource, outsource to as many different states as possible to shore up political support. While this introduced many inefficiencies in production and design it paid off in congressional support. Very different philosophy from Boeing which had kept most of its production in one place (Everett WA) where they could tightly control production, quality, etc.

Anyway after the new merger management decided to basically pursue the MDD model and outsource many key components in their new aircraft to different countries to 1.) try to get themselves viewed as the âdomesticâ option in some nations that did not have homegrown civilian aerospace companies (that is, everywhere except for the EU where Airbus rules the roost) and 2.) exert pressure on the heavily unionized workforce in Everett (even the engineers are unionized there.)

This caused some pretty massive production problems with the 787 which are pretty well known at this point and I wonât rehash here since they are a google search away. 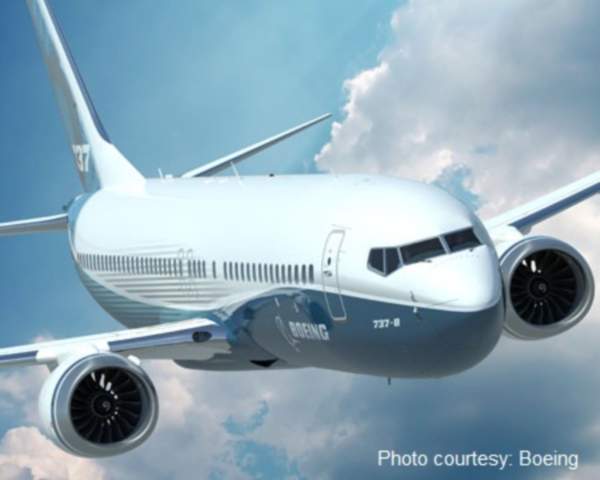 Anyway the rumors are that the current 737 maxâs problems are because [Boeing] tried to do an engine refit onto an old airframe, and deal with the resulting structural/aerodynamic imbalances (the new engines are ginormous, too big for the old airframe) with essentially software. If that sounds like a kludge, it is. The problem that is becoming apparent, is that the software sometimes, uh, crashes. And pilots are not adequately trained or skilled to notice and take over manual control.

The ârightâ way to do it would be to do a clean sheet, new airframe for the â37 designed around the new engines. But they didnât do that. Why not? Because all of their engineering staff was frantically trying to put out the dumpster fire that was the 787.

The 787 at this point has most of the kinks worked out and is a great airplane but in the beginning it did not go well and diverted a lot of man-hours from other tasks.

… In hindsight it is clear that they have massively weakened their competitive position. Right now the 787 wing, one of the most vital components, is made overseas (I believe in Japan.) Since the â87 is their first mostly-composite aircraft there is going to be a ton of institutional knowledge that will be developed, but instead of being in Everett it will end up in Asia. I predict that there will be a serious Asian competitor to Airbus and Boeing in about a decade, using the know how they get from building the wing. Assuming that carbon fiber composites and not aluminum are the future of commercial aviation that was a massive blunder.

Recently from Author
← What Does "SPLC" Even Mean?The Coming Anti-Aryan Campaign →
Hide 261 CommentsLeave a Comment
"737 MAX Crashes: Nature or Nurture?"
• 261 Comments
Commenters to Ignore
Commenters to ignore (one per line)

Save ListCancel
Endorsed Only
Trim Comments?
• Replies: @Lugash
I was flipping through an economics textbook on a college campus a few years ago. In the international trade area I came across a passage that stated Boeing's competitive advantage lay in marketing, management and systems integration, not building the actual f'n planes.
, @JMcG
OMG, thanks for this info.
← What Does "SPLC" Even Mean?The Coming Anti-Aryan Campaign →