According to a new Pew report, 12% of black residents of the US are now foreign-born immigrants and an additional 9% of blacks have at least one black immigrant parent. 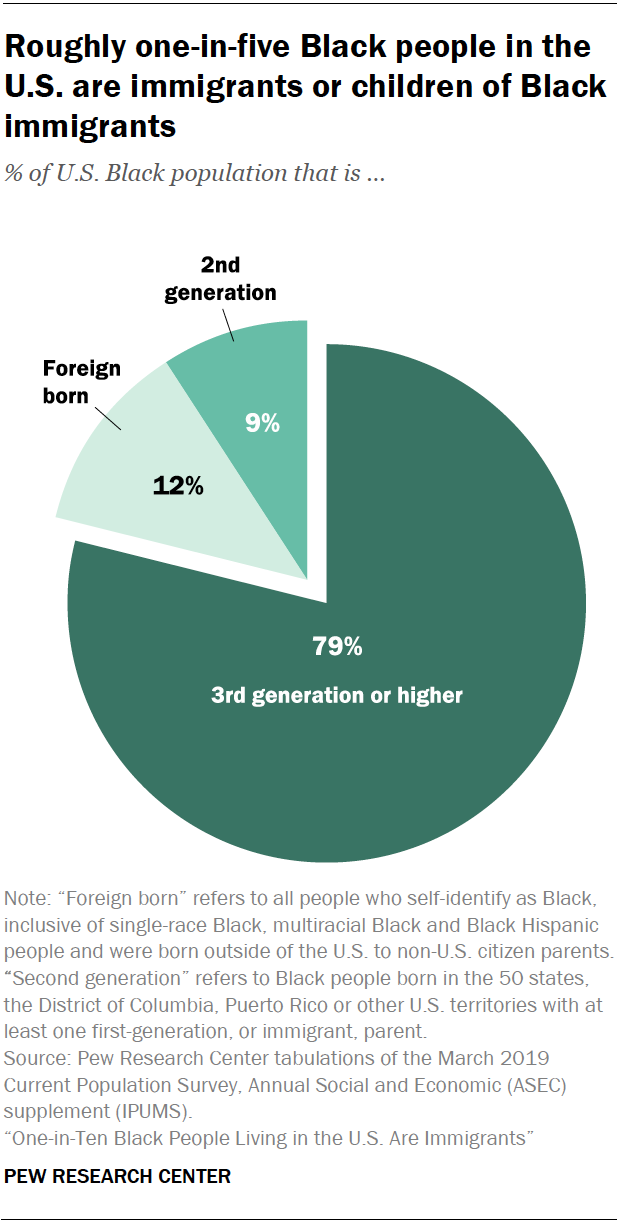 African immigrants are particularly well-educated with 41% being college graduates, with Nigerians the leaders at 64%.

All this suggests that to figure out what’s going on with descendants of American slaves over the decades, it’s now necessary to subtract out the immigrants.

An important question is how the second and third generations are doing. Unfortunately, Pew doesn’t report on that.

Save ListCancel
Endorsed Only
Trim Comments?
• Agree: 36 ulster
• Replies: @Jack D
@RobYou seem like an intelligent person. Do you really think that's the main difference between China and the US - that we have Jews and they don't and so if you got rid of the Jews then America would be just like China?

BTW, birthrates in China have collapsed (even after they got rid of the one-child policy) and are now below US rates so their Judenrein affordable family formation is no better than in Jew-infested America.Replies: @Rob
• Replies: @Paperback Writer
@RobBut you are dumb enough to think that.

Anglinâs answer is simplicity itself.

China rises and the West is being strangled by the financier class because China does not have Jews.

You ramble on quite a bit - get yourself your own blog. Here, try to be a bit more concise. Were you quoting Anglin to disagree, or did you quote him to underscore your point? The latter, it seems to me.Replies: @Rob, @36 ulster
← "Don't Look Up"Life at the Library in 2022 San Francisco →