A fast guy had thought that a wallet was unattended, and tried to snatch it. But to his distress, he was stopped in his tracks by a burly wallet owner. This might be a fair description of Saddam Husseinâs effort to snatch Kuwait. It also fits the war over South Ossetia.

Georgian President Saakashvili thought he could take South Ossetia while nobody was looking; while everybody was busy watching the Olympiad. In order to maximise the surprise factor, he declared barely three hours before the snatch that he would never send troops in.

Here the similarity ends. While Saddam succeeded in taking Kuwait, Saakashvili failed to take over the SO. Saakashviliâs strategy also was different, and more reminiscent of the Israeli conquest of 1948: he wanted to have Ossetia without its native folk, the Ossetians. To this end he bombarded the SO capital, Tskhinvali, causing a mass exodus of the people â some thirty thousand of them, or almost half of population crossed the high mountains to the Russian side. The Russians rolled in and kicked Saakashviliâs troops out.

(1) Saakashvili has had it coming for a long time. His flirtation, no, his heavy petting with the US and Israel, his fervent anti-Russian sentiments, his Kartveli nationalism had led him and his country to trouble. Like young Fidel, he wanted to turn his land into a match to set the global fire. He was the first to be burnt.

(2) Russia fulfilled its residual imperial duty: as the successor of the Soviet Union, it is duty bound to guarantee some well-being of its erstwhile junior member-states. Russia could not allow Saakashvili to ethnically cleanse the Ossetians, for practical reasons, too: fifty thousand refugees from South Ossetia would destabilise the North Caucasus.

(3) Russia demonstrated that beyond its bark, it has bite, too. Probably other adventurous neighbours, namely pro-American leaders of Estonia, Poland, and the Ukraine will entertain second thoughts before their next paroxysm of anti-Russian sentiment.

(4) Russia proved that it can use force quickly, efficiently and with moderation. There was none of the old Soviet overkill; rather it was a moderate and modest, well-executed military operation. The best thing about it was its brevity, two or three days of actual fighting and the rest just a bit of mopping-up.

(5) Russian leadership proved that they are not scared by Washingtonâs rhetoric. This is a very good thing after so many years of complicity and impotence.

(6) Military defeat may be very good for the Georgian soul. Georgians are wonderful people, warm, handsome, pleasant and generous. However, they are ferocious nationalists of the tribal kind. Like some of their neighbours, they tend to see others mainly through an ethnic prism. The first thing the Georgians did when they became independent in the wake of 1917 Russian Revolution was to expel all Armenians and confiscate their property. Joseph Stalin also acted in the Georgian way when he expelled the Chechens from their mountains and the Germans from Prussia. Georgia is by no means homogeneous: it is populated by a few smaller ethnic groups, in addition to the Kartveli majority (or at least plurality). Since Georgia became independent a second time, in 1991, the Kartvelis have tried to deal with the minorities by harsh methods, undermining their culture and language and even expelling them on the first suspicion. This was the reason three autonomous areas of the country decided to split off from Georgia. SO is one of the three, but unless the Kartvel nationalism would be reined in, Adjars, Svans and other ethnic communities may rebel, too. Military defeat might just cause the Georgians to re-think their attitude towards their immediate neighbours.

(7) Though Russia did not send in its troops in order to remove Saakashvili, this does not make such an outcome any less desirable. Saakashvili is dangerous for Georgia, Russia, Ossetia and the world. What a pity he did not lose the general elections a few months ago; what a shame that other candidates met with untimely deaths under suspicious circumstances or were jailed. One may hope the true patriots of Georgia will kick him out and choose a better president, opting for neutrality and for friendship with Georgiaâs neighbours including Russia.

(8) Georgian communists expressed their distaste with the Saakashviliâs attack; they would like to lead their country back into a close union with Russia. It should be considered: many Georgians, say the Communists in their letter from Tbilisi, would love to see the end of Saakashviliâs adventurism.

(9) A neutral and neighbour-friendly Georgia would be able to re-integrate South Ossetia and Abkhazia. The Kartvel and Mingrel refugees would be able to return into their villages. The Caucasus is so poly-ethnic that mutual expulsions and transfers are unacceptable.

(10) This is the time to stop anti-Georgian propaganda in Russia and anti-Russian propaganda elsewhere. Russia has a long tradition of friendship with the Caucasian nations, with Georgians, Ossetians, Circassians; the tradition has been well established by Leo Tolstoy, Lermontov and Griboedov. Let it prevail. As Marshal Stalin would say, Saakashvili come and go, but the Georgian people endure forever.

Europeans showed more understanding of the Russian action than some might have expected. There was no mass hysteria, and the Ossetians were allowed to express their viewpoint. Israel stopped its supplies of military hardware to Georgia. While American leaders responded to the victory of Russian arms with expected verbal severity, they wisely avoided any action likely to enhance the military standing of Saakashvili. They could have made an airlift of American armour to Tbilisi, they could have shown more muscle, but they did not.

This was the true mystery of the campaign. Did the Americans encourage Saakashvili? Did he act at his own foolhardy will? There may be a few explanations of the enigma.

(1) Every Georgian president has tried to regain the lost provinces, so Saakashvili could have decided to give it a try, perhaps being carried away by the magic of auspicious triple eight, as his offensive was begun on 8.8.8.

(2) Saakashvili may have failed to understand the Americans. This happened to Saddam Hussein when he snatched Kuwait. He was convinced that the Ambassador April Glaspie had given him the green light for the operation.

(3) The Americans and Saakashvili may have failed in their prognostication. They interpreted Russian inaction in the past as a harbinger of their inaction in the future. On 8.8.8, a pro-American Russian newspaper Gazeta.ru predicted that the Russians would not move their forces and would swallow the defeat, as otherwise they would have acted earlier.

(4) The Americans are planning some kind of operation in Iran, and they encouraged this Georgian diversion to keep the Russians busy. This could still be the case, as in its present position Russia has a weak hand in the UN to deal with the American demands or with direct aggression.

(5) Iran expressed its support for the Russian operation and condemned the Georgian invasion of South Ossetia. The New York Times and similar papers editorialised that the US should not push Russia too hard, in order to get Russian approval for anti-Iranian sanctions or other measures.

My preferred version of events is that the Americans (and the Israelis) encouraged the Georgian president as they were curious to see the Russian reaction and to observe the preparedness of the Russian Armed Forces. In military parlance, such a minor operation is called âcontact reconnaissanceâ, or just a âfeelerâ. No one could be certain how the Russian army would operate. In 1996, having been sent to retake the rebellious Grozny, the Russian Army ran away in disarray leaving its burning tanks behind. Since then, the Russians had not fired a single shot in anger; they have been very much a mystery for the West. In such a situation, there is no substitute for a bout of actual fighting, and Saakashvili unwittingly presented this opportunity to the West.

This is rather an optimistic view, as the following comparison will make clear. In the 1930s, the Japanese occupying Manchukuo faced the Russians. The Japanese did not know whether the Soviet Russians would fight well or run away, as they had easily defeated the Russian Imperial Army in 1904-1905 war but had taken a beating from the Bolsheviks in 1918. This is why they carried out a contact reconnaissance raid at Khalkhyn Gol (Nomonhan) to take the measure of Russian resistance. After General Zhukov destroyed their attacking force, they decided to keep peace with Russia, and despite many pleas by Hitler, Japanese troops stayed put.

If this reading is right, we may be optimistic. Weakness invites war; the Neocons attacked Iraq because it was the weakest link. Now, the Russian army demonstrated its fighting capability, the Russian diplomats have confirmed their abilities and the Russian society has shown itself remarkably united. Russia is not so weak as to invite pressure or war. 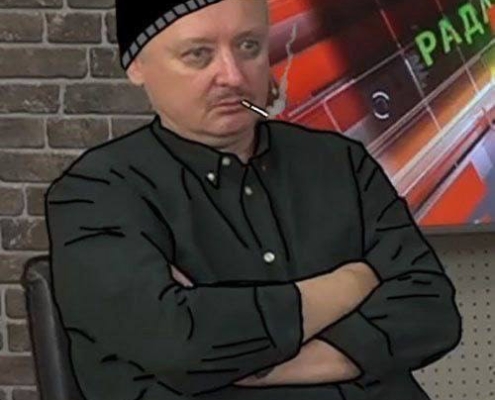 NATO vs Russia: What Happens Next
Pepe Escobar
• 329 Comments • Reply