The Left â including Communist Left â is manipulated by the super-rich in their own interests. These super-rich conspire to destroy tradition and create a collectivist world order of despotism under their own guidance, and the Left are âuseful idiotsâ of these greedy for power and money people. This is main thesis of a new book by Kerry Bolton published by the traditionalist publisher Arktos (they also published Evola and de Benoist). Bolton produces numbers and bank accounts (well, almost) trying to prove that feminism, communism, orange revolutions, gay movement and sundry forms of dissent are all sponsored by the oligarchs, Soros or Rockefeller.

This is the stuff the Protocols were made of: their authors claimed the Left, revolutionaries and dissidents are on the payroll of the bankers. However, the Protocols marked the Jews as the ultimate plotters and the Church as the victim or the last defence. Not so in our case. Bolton thoroughly secularised and sanitised his discourse. This book has no references to Jews or the Church (which is suspicious for a theologian the author is), but it basically remained the same old-fashioned rightist screed. Without the spiritual dimension, it is just more boring.

Some of Boltonâs charges are justified up to a point, but his bias undermines his veracity. Granted, the Leftâs war on Family, Church and Tradition could contribute to success of the Moneyed Ones. But what about the Right? The capitalist Right destroys the essence of Family, Church and Tradition, while upholding their names. The Left has a fling with Mammon now and then, but the Right is always in bed with Mammon. The wealthy guys spend some small change on the leftist dissidents, because they want to tame them, like one throws morsels to stray dogs to keep them on friendly foot (or paw). The leftists often deserve rebuke, I agree, but the rightists are even worse.

A Traditionalist should not make this mistake. I have a soft spot towards the Traditionalists and Radical Conservatives, followers of Guenon, Evola or Dugin. They are anti-Mammon. They are so far-right, that far-left can befriend them. They lost their battle in nineteen thirties, but regained some ground since then. Usually their political views are sound, whatever one thinks of their visions. Alain de Benoistâs recent maxim would endear this right-winger to any true Leftist: “The main enemy is, on the economic level, capitalism and the market society; on the philosophical level, individualism; on the political front, universalism; on the social front, the bourgeoisie; and on the geopolitical front, America.”

Bolton apparently is not aware that the world changed since 1870 or even 1903. Then one could say that âsocialism was used as the battering ram by the new-rich to undermine the old ruling classâ¦ and [to install] worship of Mammon as the meaning of lifeâ. Now, we have only Mammonites as the ruling class, and it is not fair to attack leftist dissidents for doing dirty jobs for the Mammonites, while giving a clean bill of health to the rightists who are the Mammonites.

Boltonâs attack on Marxism suffers the same deficiency. He notes that âboth Big Business and Marxism view history as dialecticalâ, and for this reason capitalists support socialist movements. There is a better explanation: history, or rather historical process is objectively dialectical, and capitalists spend money on some socialist activists because they want to subvert and control this dangerous movement.

He impossibly claims that âMarxists believe that socialism cannot emerge in a peasant societyâ. Indeed some Marxists had this view, but that was before Lenin, Mao, Castro who are as much Marxists as anybody. Bolton remains stuck in the beginning of twentieth century. He approvingly quotes Spengler who said that âall radical parties necessarily become the tools of the Bourseâ¦ They attack Tradition on behalf of the Bourseâ. Spengler wrote these lines before the Russian revolution which definitely attacked and destroyed the money power, but Bolton repeats that now.

Indeed some radicals could be used as tools by Money, but others, chiefly communists, uprooted the Bourse altogether. So much for the Bolton-Spengler contention that âthere is no Communist movement that has not operated in the interests of moneyâ. It has now the same validity as Columbus assertion that Cuba is a part of India.

Bolton dislikes Plato for he was a collectivist and believed in some gender equality. This is a view of pro-market liberals who tell us that Plato is the father of totalitarianism. Thus Bolton fails two of de Benoist criteria at once.

Probably the most misleading and annoying part of Boltonâs book is one dealing with the Bolsheviks and the Russian revolution. Perhaps he copy-pasted it from a 1920s publication. Bolsheviks were set up by New York bankers who welcomed the Russian revolution, according to Bolton. He quotes a congratulatory letter of Jacob Schiff, the banker, to the NY Times dated March 18, 1917 sharing âjoy that the Russians have at last effected their deliverance from autocratic oppression through almost bloodless revolutionâ.

Bolton is not even aware of the profound difference between the February revolution 1917 (arranged by the Russian wealthy freemasons) which was applauded and hailed by the Western financiers, and the October Bolshevik revolution that undid the February plot. He is not aware of Arnold Toynbeeâs assessment of Bolsheviks which is almost identical to the Traditionalist reading of the revolution, whether an older one by Pyotr Savitski, the founder of Eurasianism, or the new one by Alexander Dougin, the greatest Traditionalist luminary. All of them considered Bolsheviks as true representatives of the Russian spirit meeting the Western challenge.

Bolton repeats the tales of the White Ã©migrÃ©s of 1920s uncritically. He glorifies Admiral Kolchak, the self-appointed âSupreme Rulerâ of Russia â but Kolchak came to Russia from the US (like Trotsky) and has been considered an American agent. Bolton speaks of dreadful Red terror and Red atrocities, but the Reds were better than the Whites towards the people, the peasants and workers. Kolchakâs troops were infamous for their atrocities and succeeded to antagonise the apolitical Siberians. The White troops shot industrial workers and hanged peasants for they were imbibed with class hatred. Bolton writes approvingly even of Ataman Semyonov, who was an extremely cruel White commander.

Bolton condemns the US for not doing enough in order to destroy the Bolsheviks right after the revolution. Well, Russia is a biggish country, and the US was not keen to fight it right after fighting Germany. You do not have to be a hidden Commie to be against an intervention, as we know on the lessons of Iraq and Iran. Bolton does not understand that it would not be an easy sailing as the Reds were more popular than the Whites among the masses. A civil war is also a form of democracy, an extreme form, granted: people vote with their bullets instead of ballots. The Reds won in the civil war because the people preferred them, not for support of some New York bankers.

After their victory, Bolsheviks did not sell their country to the named bankers. Other way around, they brought Russia to full economic independence. Bolton quotes Armand Hammer who said that âhe never had any dealings with Stalin for â¦ he was not a man with whom you could do business. Stalin believed that the state was capable of running everything without the support of foreign concessionaires and private enterpriseâ. Bolton also admits that Stalin refused to play ball with CFR and fit into the new world order, or even to discuss it. But was not Stalin an epitome of a Communist? One thinks that this admitted case would force Bolton to reconsider his main thesis, but it did not.

Bolton also refers to Grose, who wrote that the USSR rejected all appeals to establish a World State, and that the Cold War was a real thing, âa genuine divide between globalists and the Soviet blockâ, not a âconspiracy to fool the worldâ. Fine! But afterwards, he reverses to his view that the Left is just a tool of the Capitalâ¦

After thus dealing with the Russian revolution, the author moves on various dissident movements and attempts to prove they were set up by the super-rich. There is Marcuse, and feminists, and drugs, and rock-and-roll, and modern art, Kinsey report, psychedelic revolution, sex and pornography, and Adorno, and Frankfurt school, and LSE, and NGOs, and NED â all these persons and movements were organised by a secret society of the very-rich Mammonites. What he actually shows that some of them received grants or another financial support or promotion.

There is some truth in his accusations: money passed hands. However, there are much easier explanations than the deadly conspiracy of Kali Yuga adepts. In order to preserve capitalism, privilege and social inequality, the Western elites indeed try to distract the people, especially the rebellious and dynamic ones. Let them use drugs, drink beer, dance all night along and make no meaningful changes or revolutions. Pseudo-left movements and pseudo-radical agenda were promoted in order to keep people away from real radicalism. The people in power prefer us to discuss gender politics rather than wealth distribution.

And some conspiracies, or secretly made plans, do exist. Secret agencies, notably the CIA like to have a finger in every pie. It is well known that the CIA promoted Jackson Pollock, the abstract painter, as a proof of American culture potency against West European Americanophobia. CIA spent much money on development of youth subculture in order to subvert the Soviets, or so they say.

NED is a well-known âopen conspiracyâ financed by the US administration to supplement CIA efforts to undermine unfriendly regimes.

However, this is not a proof that there is One Huge Conspiracy of the Super-rich to create the World Government. There are many conspiracies, big and small, there are many views and tendencies, and they canât be reduced to a single ill will.

Despite all these remarks, Boltonâs book has some interesting pages, and can be read â with a grain of salt.

(Republished from IsraelShamir.net by permission of author or representative)
← To Disavow or Debate AbunimahIsrael's Plan for Syria: Somalisation →
Follow @IsraelShamir 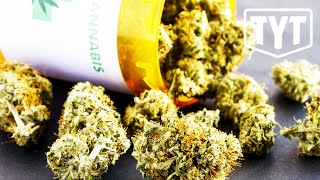