[A Talk given at the Madrid Conference, November 2009]

The world is ill; it is running a high fever. Global warming is just a metaphor for this febrile life we lead. The first thing is to lower the temperature â to cool it.

While Obamaâs team and their peers all over the world try to stimulate consumption and encourage growth by making credits cheaper and by titillating us with glossy pictures of new cars, phones, kitchen appliances and attractive females, we should take the opposite direction: that of reducing temptation. Let us remain blissfully ignorant of wonderful opportunities to update our present arsenal of appliances.

The temptations we ask our Lord to lead us not into are daily promoted by the advertising machine, and they cause the neurosis and the anxiety from which we are suffering. There is a secondary but equally evil product of advertising, and that is the fuel for business-dependent consumption-oriented tempting and titillating media.

Media has an important and positive function to perform: namely, it helps people to exchange their views and form their own opinions. Media is also a great entertainer, and that is also good.

Advertising media should be treated as pornography, banned from the public space, to be sold separately in brown-paper envelopes. We can learn from Thailand, where cigarettes are legally sold under-the-counter to demanding customers but never displayed openly. Advertising is more dangerous than tobacco, for it causes anxiety, envy and a feeling of failure in the millions unable to buy the latest Jaguar.

This approach will break the unhealthy connection between business and the formation of public opinion. Content media will be free to entertain us and to offer its tribune to writers and thinkers, without needing to seek the approval of a media baron. This will restore positive feedback between audience and media. Such feedback once allowed left-wing media to exist and prosper, but despite their great number of copies in print, they eventually died out: â they could not compete with the advertisement-carrying papers of the media moguls. Thus, in Israel, left-wing Davar and Al Hamishmar succumbed while baronsâ papers Ha’aretz, Yediyot and Maariv survived. In England, the only Left paper died out, though its circulation was four times bigger than that of its competitors, because business did not want to give its ads to it. So after the freedom of the media is achieved, we can expect to read a greater variety of opinions, not only those vetted by the rich.

Eventually advertising, and its PR variant, can be limited to such an extent that not a single unwilling person will be exposed to the temptation to consume, to buy, to rent, to get a loan, to sell or to any other business-related activity.

This will signify a turn away from a society of consumers to a society of producers. Almost all of us are producers AND consumers; but nowadays our producing hypostasis is subservient to the consuming one. Consumer-based media despise the producer. They speak neither of nor to the honest worker; preferring instead to dwell on the conspicuous consumption of a Paris Hilton. But we want to live in a society where a Paris Hilton will be proud of her creative work, not of her ability to eat, drink and suntan.

This would signify our turn from a nature-destroying society to a society at peace with nature. If the stimulation of consumption continues apace, we’ll eat our planet up within one century, probably less. By giving up growth we’ll find homeostasis.

This will also signify a turn away from a Jewish-inspired to a Christian-based society. Many critics of Jewish morals, of Jewish influence and of Jewish predominance in media are happy just to point out the disproportionate Jewish presence in this or other important field of human activity. They offer no way out of this but a crude racialist replacement of Jews by Gentiles. This wonât do because Gentile-owned media will copy-cat Jewish practices. It might be good enough for racialist âwhitesâ who eye some mythic genetic pool advancement, however, we want more. We want the victory of the Christian spirit, not that of âChristianâ flesh because for us, âJewishâ and âChristianâ are not racial but spiritual antonyms.

Is such a society possible? Absolutely. European and American society became ensnarled by the advertising and consumption trap quite recently, less than three hundred years ago. This process was described by Werner Sombart, the German Marxist of early 20th century, as âa struggle between two â Jewish and Christian â outlooks, between two radically differing â nay, opposite â views of economic life.â His predecessor Max Weber had pointed out the Protestant roots of capitalism. Sombart corrected Weber by noticing the Jewish influence which formed real capitalism.

He saw early, pre-Jewish capitalism as basically Christian society seeking fairness and harmony. In this Christian ethics-based society all forms of advertising were forbidden, as they were considered unfair. âCommodities were produced and bought and sold in order that consumers might have their wants sufficiently satisfied. On the other hand, producers and traders were to receive fair wages and fair profits. What was fair, and what sufficient for your need, tradition and custom determined. And so, producer and trader should receive as much as was demanded by the standard of comfort in their station in life.â

This is a far cry from todayâs society where there is no connection at all between the wages of the producer and the profit of a trader and middleman. We now consider competition benevolent, for we were told that it is good for the consumer. But is it good for a producer whose income is constantly undermined by competition? We pay less for an appliance because of competition, but our wages are also pushed down by competition, as our labour is also a sort of commodity. Immigration creates a permanent downward push on our wages and an upward push for labour competition. In the most successful, solidarist and least Judaised countries â Sweden and Japan â there is little if any competition, whether for labour or for commodities. In pre-Jewish European society competition was frowned upon. Traders did not compete: they fixed prices and waited for customers.

âTo take away your neighbourâs customers was contemptible, unchristian, and immoral. A rule for âMerchants who trade in commoditiesâ was: âTurn no manâs customers away from him, either by word of mouth or by letter, and do not to another what you would not have another do to you.â In the 18th century, in the London of Defoe and the Germany of Goethe, it was not considered proper for a shopkeeper to âdress his window tastefully, to advertise his business or to praise his waresâ¦ To praise your goods or to point out wherein your business was superior to others was nefarious. But the last word in commercial impropriety was to announce that your prices were lower than those of the man opposite.â

Sombart concludes: âto make profit was looked upon by most people throughout the period as improper, as ‘unchristian’â. Jews did not agree with such norms. To them, profit justified everything. âJews were never conscious of doing wrong, of being guilty of commercial immorality. They were in the right; it was the other, Christian outlook that was wrong and stupid in their eyes. The Jew is more of a business-man than his neighbour; he recognizes, in the true capitalistic spirit, the supremacy of gain over all other aims.â

âThe Jewish claim to be the fathers of modern advertising is well established. A very old advertisement in the United States â whether the oldest I cannot say â appeared on August 17, 1761, in the New York Mercury, as follows: âTo be sold by Hayman Levy, in Bayard Street, Camp Equipages of all sorts, best soldiersâ English shoes . . . and everything that goes to make up the pomp and circumstance of glorious war.â Finally, the Jews are the founders of the modern Press, i.e., the machinery for advertising, more especially of the cheap newspapers.â

This was the end of free thought: only writers approved by wealthy advertisers could be published. After a small Californian newspaper, The Coastal Post, published my article in defence of President Carter, there was a drive by Jewish organizations to stop the flow of advertising to the newspaper. In a short time, the newspaper was forced to repent. Many writers were seduced into obedience. In that short time, freedom of the press was conquered.

While stopping advertising, we should also stop hidden advertising. Stock market reports are a form of advertising, for it mentions certain companies and their products, and even worse, it attracts people to gamble on shares and currencies. It would be good to get rid of the stock markets completely, but as a first step, let us just treat all information about the markets as advertising, making it available only to those who actively seek it while protecting the majority from exposure to it. Stock markets should be open just one day a week, as is already the case in some countries, until the public is weaned from frenetic âbusiness activityâ.

We may look with some nostalgia at the experience of the Soviet Union, a utopia of little or no advertising, of producer-centered media. In the Soviet Union, a nice girl like Paris Hilton would be deported to a village one hundred miles away from the big city for re-education in a factory or on a farm; she would not re-educate us and our children. A Russian-made appliance could serve its owners for twenty to thirty years. Soviet citizens were not pushed to consume. Instead, they were called to work and to improve themselves by study. The lack of sophistication of the Soviet elite eventually effected the collapse of this utopia, but for the 18 years since its demise the residual achievements of Soviet education in its universities, opera houses and classic orchestras, in software-writing and in free thought still empower and inspire the West. 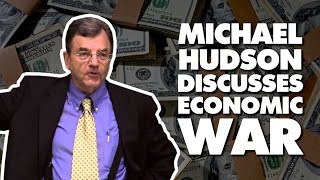 The Crisis in Ukraine Is Not About Ukraine. It's About Germany
Mike Whitney
• 728 Comments • Reply
← Russiaâs Daring VoteWinnie the Pooh on Immigration and Race →
Current Commenter
says:
Current Date at Time Now
Leave a Reply - Comments on articles more than two weeks old will be judged much more strictly on quality and tone
Cancel Reply
Commenting Disabled While in Translation Mode