Liberals have taken to promoting socialism, which is the state-sanctioned appropriation of private property. Or, communism.

In communismâs parlance, this theft of a manâs life, labor and land is referred to as state-ownership of the means of production.

Liberals are less known for misappropriating intellectual concepts. But they do that, too.

Take the term âliberal.â It once belonged to the good guys. But socialists, communists and Fabians stole it from us.

Having originally denoted the classical liberalism of the 18th and early 19th century, âliberalâ used to be a lovely word. However, to be a liberal now is to be a social democrat, a leftist, a BLM, antifa and MeToo movementarian; itâs to be Chris and Andrew Cuomo.

By harm, classical liberals mean aggression, as in damage to person or property. To contemporary liberals, âharmâ encompasses anything from Donald Trumpâs delicious tweets to the economic competition posed by a kiddie lemonade stand.

In the UK, those in-the-know still use the word liberal in the right way. The august Economistâessential reading for, unlike American news outlets, it covers The Newsâhas recently lamented that democracies are drifting towards âxenophobic nationalism,â and away from liberal ideas.

At the same time, the magazine allows that âliberalism is a broad church.â It mentions the âAustriansâ as being among liberalismâs âforerunnersââa mention that gave me, as a devotee of economist Ludwig von Mises, the opening I needed.

So, let me ask the following:

Have the Economistâs left-liberal editorializers (excellent writers all) read what liberal extraordinaire von Mises had to say about nationalism vis-Ã -vis immigration?

Mises was a Jewish classical liberal in the best of traditionsâa political economist second to none. He escaped the Nazis only to be treated shoddily in the American academy, by the Fabian âforerunnersâ of Alexandria Ocasio-Cortezâs teachers.

Another formidable, younger classical liberal thinker is David Conway (a friend). Dr. Conway has argued most convincingly and methodicallyâheâs incapable of arguing any other wayâthat nationalism is in fact a condition for the emergence of liberalism.

To that end, Conway invokes Mises. In âLiberalism: In the Classical Tradition,â published in 1927, Mises warned that,

âIn the absence of any migration barriers whatsoever, vast hordes of immigrants â¦ would â¦ inundate Australia and America. They would come in such great numbers that it would no longer be possible to count on their assimilation. If in the past immigrants to America soon adopted the English language and American ways and customs, this was in part due to the fact that they did not come over all at once in such great numbers. … This â¦ would now change, and there is real danger that the ascendancyâor more correctly, the exclusive dominionâof the Anglo-Saxons in the United States would be destroyed.â

Mises was not only a true liberal, but a master of the art of argument. Still, he didnât imagine he needed to explain why the West had to stay Western to be free.

And in âOmnipotent Government: The Rise of the Total State and Total War,â published in 1944, Mises could not have been more emphatic:

âUnder present conditions the adoption of a policy of outright laissez faire and laissez passer on the part of the civilized nations of the West would be equivalent to an unconditional surrender to the totalitarian nations. Take, for instance, the case of migration barriers. Unrestrictedly opening the doors of the Americas, of Australia, and of Western Europe to immigrants would today be equivalent to opening the doors to the vanguards of the armies of Germany, Italy, and Japan.â

As Conway surmises, âMises feared a massive immigration into the liberal democracies of peoples of vastly different ethnicity, culture and outlooks. Without strict immigration controls, Mises thought, host populations would rapidly become national minorities in their own lands. As such, the hosts would become vulnerable to forms of oppression and persecution at the hands of new arrivals.â

As far back as 1927, when the seminal âLiberalism in the Classical Traditionâ was published, Mises, a gentleman from Old World Vienna, understood the following:

Once illiberal, unassimilable people gain ânumeric superiority,â they will turn their population advantage into political advantage, using the host populationâs liberalism against it. 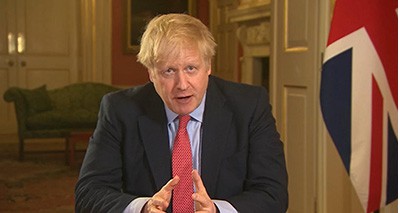