You know just how scholarly a policy paper is when it is studded with a clichÃ©d expression like “we need to have a conversation about â¦” The pop-phrase is familiar from these farcical usages:

“We need to have a conversation about race”âwhen, in reality, we do nothing but subject ourselves to a one-way browbeating about imagined slights committed against the pigmentally burdened.

“We need to have a conversation about immigration”âwhen such a “conversation” is strictly confined to a lecture on how to adapt to the program of Third World mass immigration. This particular “conversation” involves learning to live with a lower quality of life, poorer education, environmental degradation; less safety and security, more taxation and alienation.

In this mold is a policy paper by Jennifer Bradley, formerly of the liberal Brookings Institute. Bradley had a stroke of luck. Matt Drudge of the Drudge Report found fit to link her essay on his eponymous news website site. Titled “The Changing Face of the Heartland: Preparing America’s Diverse Workforce for Tomorrow,” Bradley’s Brookings Essay would have been more honestly titled “Get-With the Program, Middle American. Demography Is Destiny.”

Disguised as scholarship, the Bradley essay schools Middle America at length on how to prepare its diversifying workforce for tomorrow. Thus, for example, she states that “America is on the cusp of becoming a country with no racial majority, where new minorities are poised to exert a profound impact on U.S. society, economics, and politics.” The implication here is that this seismic shift is due to a mystic force beyond the control of the host population, rather than to willful policies in which the native population has never had a say and will likely never have one.

Bradley’s particular concern is with “two demographic shifts.” The one is the aging of the predominantly white (and presumably productive) generation of Americans born after World War II. Another is the concomitant influx of “Mexicans, Hmong, Indians, Vietnamese, Somalis, Liberians, and Ethiopians.”

“According to the Minnesota State Demographic Center, the Asian, black, and Hispanic populations in the state tripled between 1990 and 2010, while the white population grew by less than 10 percent. This trend will continue,” warns Bradley: “From 2010 to 2030, the number of people of color is expected to grow twice as quickly as the number of whites.”

There goes that mystic force again.

“As Minnesota and the region go, so goes the nation,” states Bradley, matter-of-fact. As Bradley sees it, a feature of the diversity explosion in the Minneapolis-Saint Paul Midwest microcosm is a widening “race-based education and achievement gap” that will “become a drag on workforce growths unless something was done to reverse these trends.”

Translated, this means the immigrant population isn’t measuring up.

I can think of a few unexplored options to narrow the gap described. One is to welcome immigrants who’ll add value to the economy, rather than drain taxpayer resources. Bradley, however, is here not to strike up a true conversationâwhich would include exploring all optionsâbut to dictate the terms of the “conversation.”

Indeed, the raiment of scholarship she sheds as quickly as a prostitute sheds her clothes (only less admirably; working girls deserve respect). Bradley brays about the need to “reframe the conversation about race-based education and achievement gaps in Minneapolis-St. Paulâturning what had been a moral (and insufficiently effective) commitment to itsunderservedcommunities into an economic necessity. Leading figures from the worlds of government, business, and academia, and public and private groups throughout the region [all stakeholders, but you] are now trying to figure out how to undo the effects of decades ofneglect, tackling the problem from many perspectives and with an ever greater sense of urgency.”

Because the imported population is failing to achieve parity with the host population, Bradley has inferred that the newcomers are “underserved”; that they require more resources, when the fault could just as well lie in the kind of incompatible immigrant being privileged by policy makers. The essay’s premise is that America is “underserving” her immigrant population, when it is the other way round:

Averaged out, the immigrant population is underserving the American economy.

In this “conversation,” the social “scientist” recommends throwing everything but the kitchen sink at the causality quagmire. The mass-immigration imperative, moreover, is presented as the antidote to a declining birth rate and an aging population, when in fact mass immigration is the excuse statists make for persevering with immigration policies that are guaranteed to further undermine civil society and shore up the welfare State.

Demographics need not be destiny. The West became the best not by out-breeding the undeveloped worldânot due to huge numbersâbut because of human capital; people of superior ideas and abilities, capable of innovation, exploration, science, philosophy.

← What's Wrong with Asking What's Up with...Get Off Your Knees, Gov. Pence! (You're... →
Follow @IlanaMercer An Impolitic Slumgullion
Diverser is Worser, and Now What?
Fred Reed
• 258 Comments • Reply
← What's Wrong with Asking What's Up with...Get Off Your Knees, Gov. Pence! (You're... →
Current Commenter
says:
Current Date at Time Now
Leave a Reply - Comments on articles more than two weeks old will be judged much more strictly on quality and tone
Cancel Reply 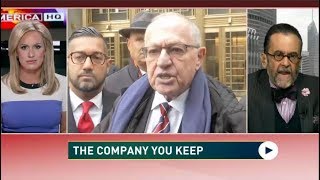