A man, Sonny Melton, 29, died, shielding his wife from the bullets.

Another commandeered a truck to drive victims of the Oct. 1 massacre in Las Vegas to the hospital.

At first, Vanessa, a concertgoer, fled the Vegas venue, which was being sprayed with bullets from high-velocity rifles. Then, she turned and ran back. She credits her professional sense of duty as a nurse. We all know it was Vanessa’s heart that enabled her to push past the fear and place herself in the crosshairs.

From her hospital bed, Addison Short profusely thanked a stranger who had helped her escape the confines of the country music concert in the Vegas Village. She was hobbled by a gunshot to the leg. The first words Addison uttered to the ego in the anchor’s chair quizzing her were words of gratitude for her rescuer. Short also gave thanks for having a minor injury.

“April” is a girl who stopped her car to pick-up a bloodied young Canadian couple. The young man had been shot in the head. He’s fine. Heartbroken as he and his girlfriend are, they’re still a vision of wholesomeness; Canadian clones of the Americans attending the Route 91 Harvest festival.

Heather Gooze, 43, cradled young Jordan McIldoon, 23, in her arms until he went limp. She, a bartender who attended the concert; he a Canadian mechanic from Maple Ridge, British Columbia. He loved the Vancouver Canucks and his girlfriend, who was at the three-day country music happening, as well.

As she spoke to CNN’s John Berman and Poppy Harlow, Heather’s moral resplendence only accentuated the depravity of the two notorious, fake-news pornographers.

“No, ma’am, I didn’t run.” A cowboy hat clutched to his chest, Brian Mckinnon recounted how his best friend petered out in his arms. Only after his friend had passed did Brian flee. But then he stopped in his tracks, went back, put his pal’s signature hat back on and waited beside him.

They may never know his name, but a man they’d never met shielded two young women from bullets. He was shot as he hovered over them, protectively, his blood oozing on to their shirts. Anthony Rabone, an off-duty firefighter and paramedic, secured his girlfriend, stabilized his brother who had sustained a chest wound, and then charged back into the concert killing field.

Vanessa, aforementioned, captured the Vegas valor on display that day: There were so many citizens, she saidâordinary people, doctors, cops, paramedics, off-duty nursesâeveryone was just communicating and working together. It was completely horrible, but also utterly amazing.

Even the medics interviewed could not help but effuse about the unusually fabulous folks they were treating.

Men moved into leadership roles quickly, using barricade gates, maintenance ladders and banners to carry the injured out. Many of these men do the dirty jobs that Mike Row dignified in his eponymous TV series, “Dirty Jobs.” They’re firemen, commercial fishermen (like the late Adrian Murfitt), heavy-duty mechanics (rest in peace Jordan McIldoon), and pipe-fitters, like 29-year-old Austin Davis, RIP, from Riverside County, California. Davis had gone to the festival with family friends.

Yes, who goes to a concert with “family friends”âgrown-up sons with middle-aged moms, entire nuclear families together, young and old; teens who don’t twerk their tushes (like Iggy Azlea’s primate-in-estrus act), but belt out “God Bless America.” These fans are families, literally. These are the people who pitched in during the massacre of 58 concertgoers (489 people were injured).

Those cow-kickin’ country music lovers in cowboy hats and Tony Lama boots are the finest folks on earth.

Let’s not beat about the bush. Middle America, patriotic America, oddly monochromatic America is the America we saw in Vegas in all its splendor. The same America is berated daily, and dangerously, by the envenomed coastal elitesâin print, in cyberspace, and on the idiot’s lantern.

It so happened that on Oct. 1, the elites’ favorite intellectual pygmy, Ta Nehisi Coates, was doing the rounds on MSNBC, promoting his singularly asinine monomania: To be white is to be racist by default and guilty of crimes against blacks and browns.

In Ta Nullity’s telling, White America was responsible for the election of a white supremacist. President Trump’s votersâindubitably well-represented among the 22,000 people at the three-day country music festâwere racists by virtue of being white. Around the same time, NFL players crescendoed the hate by joining Mr. Coates’ progressive, predatory coalition. The NFL signaled their contempt for ordinary Americans by dissing their fans in a very public way.

The anti-white din from these elites is a daily affair.

The same magnificent men whose mettle we saw in Vegas dominated the rescue imagery in Texas. That Texas had such a good outcome following Hurricane Harvey is to this cohort’s credit. A useless government agency called FEMA or the Trump administration: These are not responsible for rescuing Texas; it was ordinary Americans like the ones we’ve been celebrating and eulogizing in Las Vegas.

The much-maligned pale, patriarchal people were all over the Lone Star state like white on rice. Watch the images. Pretend all you like. Thank our brave men and “women rescuers” (wink) of these multicultural United States (wink-wink) all you like. But the preponderance of pictures belies such platitudes.

Hand-on-heart I can say that the larger-than-life personalities who died in Las Vegas are the best of America, the very heart of America. They are what makes America great.

When the people who make America great become a despised minority in the country theyâve made greatâAmerica will become … Puerto Rico. 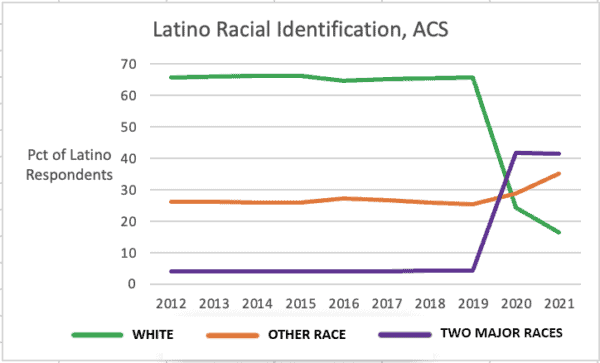 The Challenge Ahead, Part II
Gregory Hood
• 91 Comments • Reply
← âTaking A Kneeâ Is Akin to Taking A...Why Conservatism Inc. Beats Up On Ameri... →
Hide 86 CommentsLeave a Comment
"The Pale, Patriarchal People Were All Over Las Vegas Like White On Rice"
• 86 Comments
Commenters to Ignore
Commenters to ignore (one per line)

← âTaking A Kneeâ Is Akin to Taking A...Why Conservatism Inc. Beats Up On Ameri... →
Current Commenter
says:
Current Date at Time Now
Leave a Reply - Comments on articles more than two weeks old will be judged much more strictly on quality and tone
Cancel Reply
Commenting Disabled While in Translation Mode