Melinda Gates, a silly woman with an enormously wealthy husband, has decided to reinvent herself as a venture capitalist. With a difference.

With her husbandâs billions, Mrs. Gates announced her intention to venture into funding start-up companies that are likely to fail.

In an interview with Fortune Magazine, Gates âbashed âwhite guys,ââ and vowed to favor women and people of color in her investment choices.

Using pigment and gender as criteria in allocating her abundant resources is hardly a prudent investment strategy.

But Mrs. Gates can afford to lose money. Her husband is Bill Gates, a lily-white billionaire (with lots of liver spots).

From the vertiginous heights of ignorance, Mrs. Bill Gates has scolded the venture-capital industry:

âEnough with your love for ‘the white guy in a hoodie’â (whatever that means).

Thanks to her husbandâs vast riches, Melindaâs son, Rory John Gates, will remain insulated from discrimination visited on white men, by vindictive women like Mommy Dearest, in the name of âwhite privilegeâ (whatever that means).

âWhite men must be stopped: The very future of mankind depends on itâ: While the article is from 2015, Salon and other influential leftist news sites have furnished sequels to the âsalutaryâ warning, issued by the magazine in time for Christmas.

âWhite men must be stoppedâ? What precisely does that mean?

In the postmodern tradition, the pseudo-academics behind the concept of white privilege have invented for themselves an artificial, political construct.

Political constructs confer power on those who dream them up. For politics is the predatory process through which the figment of sick minds is weaponized.

In defense of their world salads, our ideological overlords never argue or prove their case. They simply assert it.

Clever catchphrases such as âwhite privilegeâ create political reality, they donât reflect it.

By banging on about systemic racism and the evils of whiteness, the lunatics running the countryâs academic and corporate asylums indoctrinate the dumb and terrorize deviationists.

Here in the US, these sub-intelligent assault on the identity of Europeans, Caucasians, melanin-deficient menâwhatever you wish to call the majority that founded Americaâis being institutionalized.

In South Africa, the writerâs birthplace, this impoverished, linguistic onanism is already institutionalized. We know where that has led.

Ominously, American universities, the University of Wisconsin-Madison is an example, are offering courses framing âwhitenessâ as a âproblem.â âThe Problem of Whitenessâ in UWâMadisonâs vernacular.

Notice how thatâs phrased. A problem is something good people get rid of, solve.

âThe Problem of Whiteness.â âThe Jewish Problem.â See where this might lead?

Note the linguistic similarities between the language of white haters and Jew killers.

The program known as âThe Final Solutionâ was the Naziâs solution to what they termed âThe Jewish Problem.â

Likewise, whites as whites are said to be a problem. Whites qua whites are described as intrinsically bad.

Lightweight conservatives, the kind constantly empaneled on TV, cast the assault on whites as âgoofy,â to quote a Fox News guest. Thatâs all. They make fun of it as no more than white noise, to be ignored.

The fate of the minority in South Africa suggests otherwise.

There is nothing remotely âgoofyâ about the demonization of whites. Of any group, for that matter.

It so happens that whites are fair game. No other group would tolerate being blackened.

In an affirmative-action generated class of intellectuals whoâre not very intelligent, we have a monster of our own creation.

Certainly, by teaching and preaching collective guilt and guilt by association, this Idiocracy is committing both logical and moral errors.

Why so? Because you cannot blame a collective for your misfortunes (real or imagined), unless each individual within that collective has harmed you.

Dehumanization is part of a broader process that leads to, and legitimizes, violenceâand worse.

As for aider, abettor and all-round idiot Melinda Gates: She might want to back the best and the brightest in her venture-capital exploits. This way, Mrs. Bill Gates will have more money with which to prop-up her failing, racially and sexually pure business ventures. 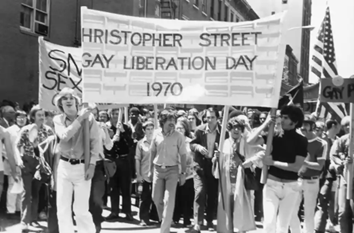 My Journey to the Homosexual Question
RockaBoatus
• 374 Comments • Reply
← "Liberal Brains Are Pickled in the Form...A Global 'Right of Return' to the U.S.?... →
Hide 39 CommentsLeave a Comment
"The Demonization of Whites by Mrs. Bill Gates & Other Dangerous Idiots"
• 39 Comments
Commenters to Ignore
Commenters to ignore (one per line)

← "Liberal Brains Are Pickled in the Form...A Global 'Right of Return' to the U.S.?... →
Current Commenter
says:
Current Date at Time Now
Leave a Reply - Comments on articles more than two weeks old will be judged much more strictly on quality and tone
Cancel Reply
Commenting Disabled While in Translation Mode