The reader should know that I cringe as I write this first-person account.

Opinion differs about how often to use the first person pronoun in various genres of writing. Certainly its overuse in opinion writing is a cardinal sin. To get a sense of how bad someone’s writing is count the number of times he deploys the Imperial “I” on the page.

Abuse “I” when the passive-form alternative is too clumsy. Or, when the writer has earned the right to, because of her relevance to the story. The second is my excuse here.

Righting two wrongs I must.

ClichÃ©s about victors writing history asideâit has become apparent to me how easy it is to write individuals out of their place in history, however meager that place and past are.

Since history is another term for reality chronicled, it is ineluctably tied to truth. It’s crucial to tell history like it is.

The stage has been set. Onto it steps a young academic, George Hawley, who’s taken on the first assiduous investigation of an exceedingly small set of individuals: “Right-Wing Critics of American Conservatism.”

There is, however, lacuna in Dr. Hawley’s work. By his own admission, Hawley has failed to mention one veteran writer who falls squarely in the even-rarer paleolibertarian subset.

She has been writing voluminously in that tradition, week-in, week-out, for close on two decades (since 1999), and is the author of two unmistakably paleolibertarian books, one of which is “Into The Cannibal’s Pot: Lessons for America From Post-Apartheid South Africa.” (Oh Buddha! The Imperial “I” has now given way to third-person writing. Mea culpa, gentle reader.)

Undergirding these, and the forthcoming “The Trump Revolution: The Donald’s Creative Destruction Deconstructed,” is paleolibertarianism.

Plainly put, I (ouch) believe that ordered liberty has a civilizational dimension, stripped of which the libertarian non-aggression axiom, by which we all must live, cannot endure. That’s me. That’s my work.

Another academic, author and Townhall columnist Jack Kerwick, contends the omission of one ILANA Mercer from the first academic’s book covering the dissident Right is a glaring one.

” … There are three reasons why it is imperative that Mercer be included in any discussion of paleolibertarianism,” avers Kerwick:

First, and most obviously, she is a paleolibertarianâand a tireless one at that. Over decades, this defender of the paleolibertarian vision has published a couple of books and thousands of articles and blog posts in which sheâs shattered not only leftist pieties but neocon and âlibertarian-liteâ (left-wing libertarian) sureties as well. Much blood, sweat, and tears, to say nothing of opportunities for professional advancement, has Mercer foregone in her campaign against the idols of our politically correct age.

Second, not only is Mercer a veteran paleolibertarian writer. She is unquestionably the most visible, the most widely read, of such contemporary writers. At one point, she was nationally syndicated by Creators Syndicate, and for close on 20 years, WorldNetDaily (WND), a site that boasts roughly 1 million visitors a month, has featured Mercerâs weekly column, âReturn to Reasonââits âlongest standing, exclusive, paleolibertarian weekly column.â

In addition to WND, Mercerâs work has been showcased in a plethora of outlets, both internationally and stateside, and sheâs currently a fellow at the Jerusalem Institute for Market Studies.

No paleolibertarianâto repeat, a rightist proponent of a tradition-grounded classical liberal idealâhas nearly as much exposure when it comes to scholarly and popular audiences alike as does Mercer.

Third, Ilana Mercer is a woman. Moreover, she is a Jewish woman, the daughter of a Rabbi, who was raised in both South Africa and Israel. This is no insignificant detail: Mercer is a standing repudiation of the stereotype, all too easily reinforced by her exclusion from any study of âright-wing critics of American conservatism,â that such critics are exclusively elderly white men.

Moreover, this willingness on her part to break with the packâpaleolibertarianism, like all political persuasions to the right of Fox News and âconservativeâ talk radio, tend not to appeal to those who are interested in âsocial respectability,â much less does it appeal to your average Jewish female intellectualâdistinguishes Mercer for both her courage and devotion to truth.

Professor Kerwick goes on to call into question a column penned by John Derbyshire, “former writer for National Review Online” (he made it into Hawley’s tome).

Joisee Jack is having none of it:

Hoppe is most certainly a paleolibertarian. And heâs an arresting thinker in his own right. But Mercer has proven to be a far more influential voice as a right-wing critic of American âconservatismâ than either Hoppe or most of the right-wing critics named in Hawleyâs book, for unlike many of them, she has invested her resources in promoting paleolibertarianism to a large popular audience. And unlike most of Hawleyâs right-wing critics, she has succeeded in not just acquiring a hearing among very large numbers of readers, but in maintaining that audience over a span of decades.

Actually, Jack, our WND readers have gone from demanding I be fired to converting to my creed. As Objectivist investor Victor Niederhoffer, Ph.D., once said: “You canât win an argument with this woman.”

Look, as obscure and as tiny a faction as we of the Old, self-cannibalizing Right formâto omit this writer from a survey of that tradition, circa 2016, is like leaving Ann Coulter out of a book about American Conservatism.

Coulter’s eclipse would pacify National Reviewniks Against Ann Coulter, but it’d be ludicrous. The fact that the antediluvian members of the Old Right exclude this writer in their own renditions of their philosophical universe is, moreover, no reason for serious chroniclers and scholars to follow their lead.

Yes, the social sciences are more serendipity than science. Still, scholarship ought to be judged by its fidelity to the truth, not by its popularity with members of a clique.

Whether my commentary spanning years is considered favorably or not; whether it’s deemed good or godawfulâit exists; has existed for a long time, and is in the tradition of a rightist critique of neoconservatism.

Yes, the Old Right, marvelous Ron Unz excepted (vote for Ron, California!), boycotts my work. But they’ll not get away with denying its existence.

The more the mangy members of the Old Right and their younger submissives persist in willing their own reality into existenceâthe more they look like infants who’ve yet to acquire object permanence:

Cover your face and the scary lady will go away.

This excruciating exercise is not to complain about a single error, but to forestall what has become a pattern. The excising of my work by a cabal of libertarians is developing into a bad habit.

The tipping point came with another egregious lapse.

Years of sustained antiwar writing against Genghis Bush had produced dozens of columns that made powerful, analytical, natural-law based arguments against that invasion.

Some of this epistolary, antiwar warfare was written for antiwar.com.

Others are collected in the book “Broad Sides: One Woman’s Clash With A Corrupt Culture.”

All are accessible at IlanaMercer.com.

Compounded by the ongoing tribal, internecine hostilities aforementioned, these antiwar columns killed a career with Republicans and mainstream media, sunk a newspaper syndication and soured publishers.

None rated a mention in an anthology titled “We Who Dared to Say No to War: American Antiwar Writing from 1812 to Now,” assembled by Murray Polner and libertarian historian Thomas E. Woods.

“Not featuring you was a regrettable oversight,” admitted Dr. Woods.

For his part, Dr. Hawley has candidly acknowledged that, “In retrospect, it was a mistake to omit [Ilana Mercer] from the section on paleolibertarianism,” offering that “the mistake will not be repeated,” and that it may even be amended in updates to the text in time for the release of the paperback edition, next year.

When it comes to remedial action, the editors of “We Who Dared to Say No to War” have tons of material to choose from. But “Classical Liberalism And State Schemes” (September 2, 2005) is a good place to start. It’s âthe best refutation of liberventionism I have read,” vowed Norman Singleton, former vice president for policy for Ron Paul’s Campaign for Liberty.

Perhaps the estimable editors of “We Who Dared to Say No to War” will follow Hawley’s lead and fix their glaring omission in the anthology’s second edition.

In the haunting words taken from D. H. Lawrence’s “Snake”:

“You have something to expiate: A pettiness.” 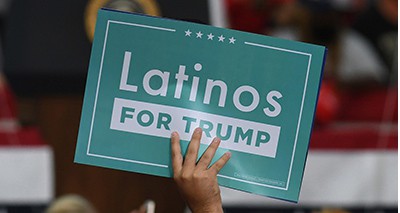