The defining difference between Democrats and Republicans is this:

Republicans live on their political knees. They apologize and expiate for their principles, which are generally not unsound.

Democrats, conversely and admirably, stand tall for their core beliefs, as repugnant as these mostly are.

The Left most certainly didnât rush forward to condemn the Black Lives Matter and Antifa riffraff, as they looted and killed their way across urban America, last year. Instead, Democrats defended the dÃ©classÃ©, criminal arm of their party. âRiots are the language of the unheard,â they preached, parroting MLK.

What of the trammels of despair that drove the Trump protesters of January 6? Trust too many Republicansâgoody two-shoes, teacherâs-pet types allâto trip over one another in order to denounce that ragtag of disorganized renegades, the protesters aforementioned, who already have no chance in hell of receiving due process of law.

Consider Nancy Mace. With the dizzying speed of a whirling dervish, the Republican representative from South Carolina rushed to make a name for herself posing as a heroic âsurvivorâ of January 6.

Following the incident on the Capitol, Mace quickly transformed herself into the young, go-to GOPer on the âhive media,â bad mouthing MAGA folks (to the likes of supercilious Don Lemon, of all people) at every turn, and generally making hay over â¦ well, it was not over the pillaging and killings courtesy of the criminal class, acting now as the armed wing of the Democratic Party.

Shortly after the incident Democrats are likening to September 11, during a pit-stop on Fox News with the forgiving Martha MacCallum, miss congeniality attempted to redeem herself as a âconstitutional conservative.â

Oh, and how Ms. Mace had suffered. You donât know the half of it.

Having joined the Democrats in peddling her âharrowingâ experience during the January 6 incident, Mace, a middle-class young woman, proceeded to use lefty language for political leverage, to describe her familial situation. For the purpose of self-aggrandizement and drama, Nancy kept calling herself a âsingle mother.â

A single mother is a term the Left, and now the thoroughly co-opted Right, has adopted to glorify unmarried mothers and fatherless âfamilies.â It was meant to excise the father from the picture and undermine the nuclear family.

Maceâs biography mentions that âshe is the mom of two children aged 11 and 13,â and a divorced woman (or womin), and thus, by extension, not a âsingle mother.â So, give it up, please for the man who made the Mace kids. He is her ex-husband, Curtis Jackson, whom Nancy Mace divorced in 2019.

Political pygmy Adam Kinzinger was another young GOPer to rush onto the âenemediaâ to announce his hackneyed vision for reclaiming the GOP from the deforming clutches of Trump and MAGA America. Last month, Kinzinger voted to impeach President Trump.

He further swelled the chorus by announcing that âthe Republican Party had lost its way. If we are to lead again, we need to muster the courage to remember who we are.â So original. So inspirational.

âWe need to remember what we believe and why we believe it,â Kinzinger continued. âLooking in the mirror can be hard, but the time has come to choose what kind of party we will be, and what kind of future weâll fight to bring about.â (CNN)

With his Country First initiative, Kinzinger evinces his inability to comprehend that, for him, the âCountryâ ought to comprise of his constituents, the people he represents. It is the lead of his constituents that Kinzinger is obliged to follow, not his own political mÃ©tier.

Kinzinger is a spawn of the military. While weâre at it, let us dispatch for once and for all of the conservative mythology surrounding the philosophical fabric of the military, these days (in Kinzingerâs case the reserve).

Isnât it obvious the military is a morass of leftism, statism, feminism, reverse-racism, interventionism, propositionalism, and other poisonous creeds? If nothing else, the Trump years have made it clear that the military brass has aligned with the Left.

As for Nancy Maceâs bona fides:

âI have spoken out strongly against the president and my own colleagues,â bragged Ms. Mace smugly. â[W]e have a Constitution as our guide. The vote to certify the Electoral College is in our Constitution,â she said of the political battle that precipitated the January 6 riot. âThat was a ceremonial vote to certify all 50 states that were legally certified.â 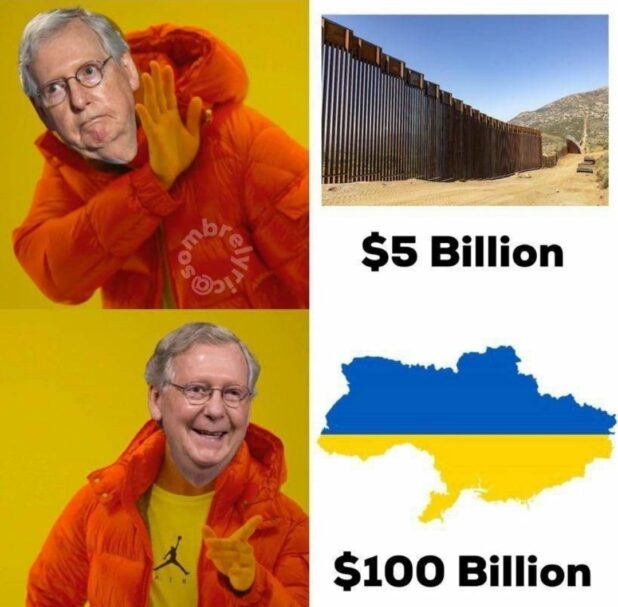 The Oncoming Second American Civil War
Donald Trump and the Failure of Conservatism
Boyd D. Cathey
• 353 Comments • Reply
← Trumpeting the Hardcore Libertarian Tak...Still Addicted to That Rush: Revisiting... →
Hide 38 CommentsLeave a Comment
"Rising Republican Rotters to Look Out for"
• 38 Comments
Commenters to Ignore
Commenters to ignore (one per line)