His wife, a hero of sorts only in the TV series âSuits,â had hightailed it to Canada, leaving Harry Windsor, formerly known as Prince Harry, to deliver a concession speech.

Make no mistakeâno matter the moola they rake in, Harry and Meghan Markle have been sorely defeated and deflated.

Earlier in January 2020, the stumblebum Sussexes had smugly announced to the public that they âplanned to carve out a progressive new role within this institution.â The unavoidable implication of that sleight-of-hand was that âthis institutionâ (the monarchy) was just not woke enough for the twoâs exquisitely honed sensibilities.

Gallantly has Harry tried, since, to make his subjects believe that it is he, not Meghan Markleâhis meddlesome, divisive, American wifeâwho had attempted, and failed miserably, to outsmart Queen Elizabeth II.

But the crass and callous rollout production, lacking in etiquette and contemptuous of royal protocol, fell flat.

So deeply silly was the Sussexes Instagram statement, that it had brainy royal correspondents and members of the Queenâs Bench snickering that Harry and his Hollywood wife must have been getting bad advice from friends across the Atlantic, who knew nothing about the workings of the British monarchy.

A woman of impeccable class, HM the Queen, aged 93, handled the Markle tantrum with great kindnessâeven though the couple had informed the world of their antics, before apprising the queen and other members of the Royal Family.

Wrapping up Markleâs failed brinkmanship, Harry unleashed a load of bafflegab, peppered with oddly fatalistic phrases such as, âafter so many years of challenges,â âthere really was no other option,â and, sadly, âit had come toâ this.

Translated: After two years of royal toil, my wife had had enough. She cracked under the duress of being dressed to the nines, served the food of her fancy, watched over and catered to, housed in a palace of her own design, and showered with her heartâs desire and a title.

These were paltry rewards for Markleâs herculean efforts. In a word, Meghan prefers the life of a celebrity to the life of a public servant.

Despite two years of torturous toil, Harry and his âhardworkingâ bride were prepared âto continue serving the Queen.â Alas, rambled Harry, that âunfortunately, â¦ wasn’t possible.” The Queen was having none of it.

No wonder. Her Royal Majesty embodies mettle. She has lived a life of dedication and duty. Still in her teens, before being crowned, Elizabeth had joined the military, during World War II, where she âdrove a military truck while she served.â

Translated, again: Meghan and Harry (the man of the house comes first) had hoped to serve the queen on their own terms. Her Highness went hardline, the outcome of which is that, for mindlessly following Meghan, Harry and his boorish bride have been stripped of their status as “working members” of the Royal Family, have forfeited their HRH titles and the honor of travelling on behalf of the queen. Their names have been expunged from the court circular. The Sussexes are also in the bad books of the prince of Wales. Prince Charles, after all, pays for his sonsâ lavish lifestyle.

According to Alastair Bruce, ABC News’ royalty consultant, and himself a military man, Prince Harry will also lose his honorific military patronages and titles, including âhis title as Captain General Royal Marines,â which was especially dear to Harry.

Granted, life at Frogmore Cottage, in Windsor, a place beyond picturesque, didnât quite cut it for Meghan. But, since it was renovated largely at public expense, down to a yoga studio, a staircase for Meghanâs grand entrances and original paintings from the queenâs own collectionâthe pair will have to reimburse the Sovereign Grant fund.

That the British monarchy stands for the last vestiges of ancient English tradition is not in dispute. But what do the Duke and Duchess of Sussex stand for in this tawdry saga? The Economist magazine, whose sources crown Meghan Markle as the âprincipal agent of the current debacle,â tethers âHarry and Meghan to â¦ Marxâ:

Markle is a âproduct of an entertainment business that has done more than any other industry to fulfil Marxâs prediction that âall that is sacredâ would be âprofanedâ and âall that is solidâ would âmelt into air.ââ

âThe Communist Manifestoâ predicted and celebrated that crass commercialism would subject national institutions âto the revolutionary logic of the global market.â âThe Sussexes,â muses the Economistâs Bagehot Column, âare â¦ embracing capitalism in its rawest, most modern form: global rather than national, virtual rather than solid, driven, by its ineluctable logic, to constantly produce new fads and fashions.â [Emphasis added.]

âIn 21st-century capitalism you accumulate followers in order to monetize them. â¦ In a 21st-century-capitalist society you are propelled around the world in pursuit of the latest marketing opportunity.â

To date, the queen has foiled Meghanâs mindless plan to brand the term âSussex Royal.â Believe it or not, the two twits had gone and hired a branding agencyâthe same one that caters to the childrenâs channel Nickelodeonâand had tried to trademark a Sussex Royal logo.

No doubt the Queenâs Bench has put Meghan and her American pettifoggers in their proper place.

Once upon a time, a dolt from Tinseltown imagined she was a match for the queen of England. ← The Punishing Agenda of the Anti-Punish...D'oh! Looks Like Democracy Dies In Dive... →
Current Commenter
says:
Current Date at Time Now
Leave a Reply - Comments on articles more than two weeks old will be judged much more strictly on quality and tone
Cancel Reply 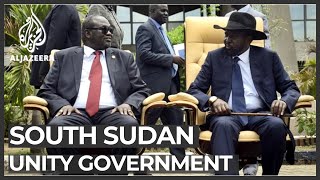