Menstrual America has gained the upper hand. Feminized America has been on display in all her undignified inauthenticity, in the crybabies of Congress and in the loud and proud quitting at the 2020 Olympics.

In Menstrual America, medals go to congressmen and cops who wail the loudest when recounting their professional failings on Jan. 6, 2021.

And props are given not to athletes who âbring itâ despite the jitters; but to those who crumble and quit, and then crow about the authenticity of it all.

Menstrual Americaâs rich and famous belong to a fraternity of foolish, showy killjoys. They take a knee anywhere and everywhere, to show the world how gynocentrically great they are.

Speaker Pelosi, of course, is nothing like that; the woman is made of steel. For political effect, though, she lugs around all kinds of crybabies.

One such Pelosi poodle is Adam Kinzinger. The Republican from Illinoi is serving on the January 6th Select Committee at the behest of the speaker.

On Day One of this Democratic happening, Kinzinger denounced Republicans’ attempts to compare the Jan. 6 melee to violence during last summer’s race riots:

“I condemn those riots and the destruction of property that resulted,â Kinzinger whimpered. âBut not once did I ever feel that the future of self-governance was threatened like I did on Jan. 6. There is a difference between breaking the law and rejecting the rule of law. Between a crime, even grave crimes, and a coup.”

Kinzinger is correct: There is a difference between a crime and a coup. Crimes against innocent fellow citizens are acts of cowardice; a coup against the State can be heroicâjust like the American Revolutionary War was a coup against Britain.

Notwithstanding that Americans no longer live under the rule of law, and are not self-governing in any meaningful wayâhardcore libertarians of the Right should take the opposite position to that of Nancyâs Republican poodle, regarding the storming of the Capitol Building, on Jan. 6.

Be they illegal voters, criminal aliens, or just good old vandals, rapists and murderersâthe criminal class is now the armed wing of the Democratic Party.

This Democratic militia romped through America, in the summer of 2020, rioting, looting and leveling their countrymenâs businesses, causing billions in damages.

Like locusts, these Democrat cultural revolutionaries descended on their neighbors to menace them in places where the latter shop and socialize, sadistically threatening, and often physically harming innocents, unless they knelt like slaves.

In contrast, the ragtag renegades of the MAGA movement stormed only the seat of power and corruption that is the State. Once!

Yet, in reply to the fact that âentire cities were burned to the groundâ by BLM troops (the Democratic Partyâs militia), some of the staunchest of conservatives have echoed Kinzinger. âStorming the Capitol building,â many have asserted, unthinkingly, is much worse than âburning down strip malls.â

Like us or not, the radical property-rights libertarianâwho does not live inside and off the Beltwayâwill strongly disagree with the Trump-blaming conservatives.

A certain kind of libertarian, the good kind, distinguishes clearly between those who, like BLM, would trash, loot and level private propertyâthe livelihoods and businesses of private citizensâand between those who would storm the well-padded seats of state power and corruption.

Libertarians who live by the axiom of nonaggression will always prefer the man who proceeds against the State, to the man who destroys private property.

That is because the State is governed by aggression; whereas the institution of private property is largely rooted in peaceful, voluntary transactions between consenting participants.

Itâs no secret that rock-ribbed libertariansâas opposed to the lite, fluffy establishment libertarianâview the State, certainly in its current iteration, as a criminal enterprise.

Coupled with the use of COVID-19 as a political cudgel to reflexively fatten State stooges and increase their sphere of influenceâthe sight of tens of thousands of criminal aliens streaming across the Southern border, by State invitation, funded by the forsaken American taxpayer, must surely cement the status of the United States government as a treacherous entity, having forsaken the legitimate defense of the lives, liberty and property of its citizens.

And, if tempted to argue the theoretical point that the State operates without the consent of the governed, think only of the meaning of the 2020 election:

Upwards of 81 million people, or 51.3 percent of those who voted, not of the people, get to impose their will on more than 74 million, or 46.8 percent of the voters, as well as on the millions who didnât vote.

Moreover, the winner in an election is certainly not the fictitious entity referred to as âThe People,â but rather the representatives of the majority. And while it seems obvious that the minority in a democracy is openly thwarted, the question is, do the elected representatives at least carry out the will of the majority?

No is the answer! In reality, the majority, too, has little say in the business of governance â theyâve merely elected politicians who have been awarded carte blanche to do as they please.

Carte blanche because we are no longer a republic in which central authorities have only limited and clearly delimited powers. Certainly, all the people in the commonwealth are compelled to do as the Permanent State and the new, incoming state dictate.

No! Government governs without the consent of the governed, for the most, and with the backing of often-brutal police powers.

Like Kinzinger, one never Trumpkin conservative at the Spectator whined that he couldnât tell the difference between the Red Hats and Antifa, decrying that, âThey [the Red Hats] were desecrating something they pretend to love.â

The non-statist libertarian has no problem telling the difference.

To us, those âcitadels of democracyâ mean very little that is good. Loss of life we lamentâbut the song-and-dance about the Jan. 6 trampling of the Capitol Building we consider overheated.

Our country is not to be equated with the Capitol. 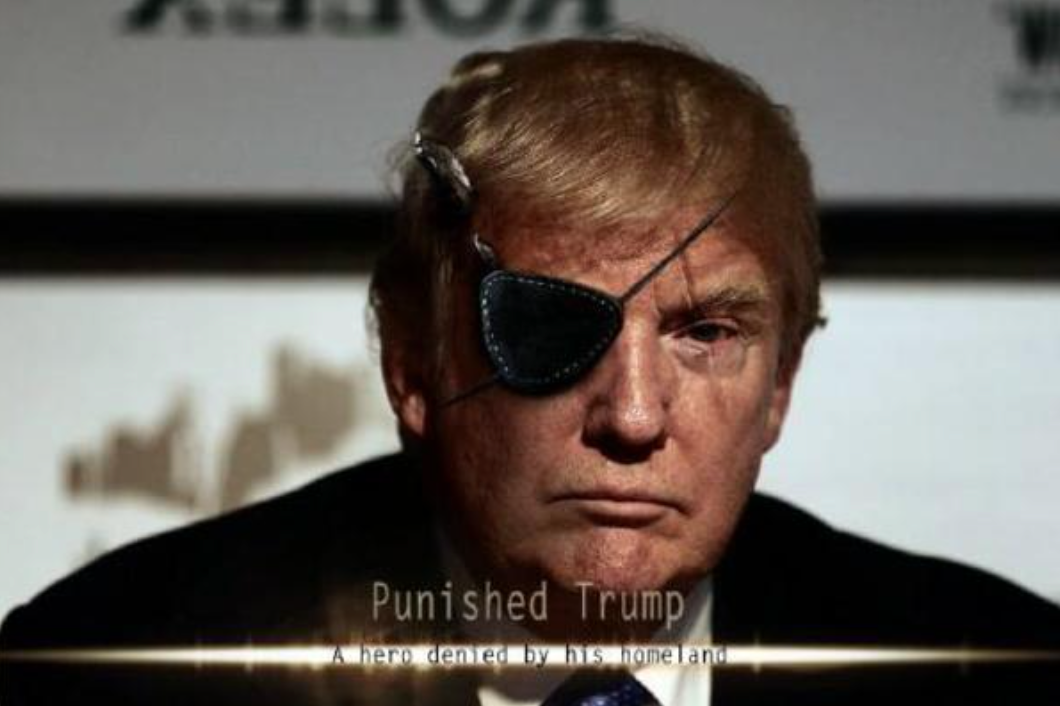