The West is collapsing under the weight of authoritarian governments. These ârepresentativesâ are rapidly robbing the individual citizen of bodily autonomy, of freedom of movement, and of the ability to work, play and partake in society.

Under martial law, Australia and New Zealand have, in the course of the Covid pandemic, practically reverted to penal-colony status.

Working in tandem as a criminal syndicate, Canadian and American state and corporate entities have colluded to corner the individual, and compel him to offer up his life-blood to the Covid spike protein. That is if their Subject wants to â¦ eat.

Covid vaccine mandates and passports. Lockdowns and quarantines. And racial subjugation to The Other, in the form of a Critical Race Theory that festoons state and civil society: Why have we rolled over? Is this white guilt? And does historical Christianity play a role?

By so surmising, Gibbon brought upon himself the wrath of âbishops, deans and donsâânot to mention that of the great Dr. Samuel Johnsonâs biographer, James Boswell. Boswell called Gibbon an âinfidel waspâ for âthe chapter in which he argued that the fall of Rome was hastened by the rise of Christianity.â

And indeed, Gibbon seems to point toward Christianityâs self-immolating, progressive, pathologically inclusive nature, remarking on the courting by early Christians of âcriminals and women.â (Not my words.)

Whitman, who wrote the 1943 Foreword to the abridged version, comments on how âGibbon outraged the Christians of his era by suggesting the âhumanâ reasons for the success of Christianity.â

To go by Gibbon, Christianity might be called the Social Justice movement of its day. (My words, this time.) Gibbon certainly seemed to suggest so.

In no way does Gibbonâs thesisâhe âprofessed Church of England orthodoxyââdiminish Christianityâs centrality to Western civilization, its essential goodness and sublime glory, or its great heart in ameliorating suffering across the globe.

It does explain, however, why Christianity, whose missionary mandate is global, not parochial, fetishizes The Other and why the church rarely defends its own.

Or, why Christian religious leaders seldom stand-up for the right of native European populations to retain their countries (despite their âproblemsâ in the procreational department, for Genesis 1:28 commands the faithful to pru urvu).

While Social Justice is a pillar and an imperative in the Hebrew Bible; itâs not a national suicide pact.

Deuteronomy, an early book, showcases an advanced concept of Jewish Social Justice, and is replete with instructions to protect the poor, the weak, the defenseless, the widows, the orphans, the aliens, even the animals (who, as enjoined in Deuteronomy 11:15, must be fed first).

This ethical monotheism, developed centuries before classical Greek philosophy, is echoed throughout the Hebrew Bible (Exodus), and is expounded upon by the classical prophets, who railed against power and cultural corruption so magnificently. The Ten Commandments, lest we forget, preceded the epistles of St. John.

Be just to your enemies, yes! But love them? Welcome them into your home? Let them walk all over you, outnumber youâeven kill you when moved by The Prophet or by Critical Race Theoryâs white-hot hatred of whites? Never!

In this, Israelâs much-despised ultra-orthodox rabbis are still hard-core Old Testament, steeped in a religious and cultural particularism, whose impetus it is to preserve the Jewish Nation.

Before Gibbon, it was Voltaire, French philosopher and writer extraordinaire, whose historical analysis led him to view Christianity as having had a softening effect on Rome, culminating in its yielding to the invading barbarians.

If Christians reject historyâs lessonsâand the imperative to harden The Faithâcourtesy of Gibbon and Voltaire, perhaps theyâll heed the Hebrews who revived their fighting faith in their ancient homeland. As an Old Testament Hebrew who loves her Christian brothers and sisters, I pray for this with all my heart.

WATCH David Vance and ilana mercer flesh it out: Has The West Reached A Tipping Point, And If So Why?

Jews, White Guilt, and the Death of the Church of England
Andrew Joyce
• 236 Comments • Reply 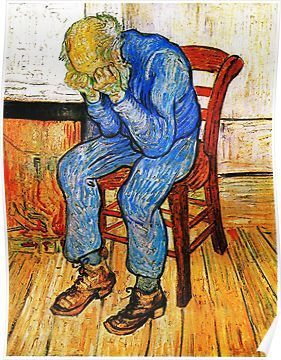 The Origins of White Guilt
Tom Sunic
• 7 Comments • Reply
← Homegrown Retardation A Bigger Problem ...Self-Ownership & the Right to Reject th... →
Hide 34 CommentsLeave a Comment
"For the West to Revive, Christians Must Toughen Up"
• 34 Comments
Commenters to Ignore
Commenters to ignore (one per line)