During some recent travels, I came across a copy of Lonely Planet: Cuba. The authors, who clearly sympathize with the countryâs communist regime, nonetheless note the following:

While there are no ghettos or gangs in Cubaâs larger cities, a quick tally of the roaming jineteros/as [petty criminals] in Vedado and Habana Vieja will reveal a far higher proportion of black participants. On the other side of the coin, over 90% of Cuban exiles are of white descent and of the victorious rebel army that took control of the government in 1959 only a handful (Juan Almeida being the most obvious example) were of mixed heritage. (Lonely Planet, p. 57)

Cuba then fulfills the usual pattern for Latin America, with predominantly-white elites fighting among themselves to determine the countryâs direction, with the black, Amerindian, and/or mixed-race majority remaining relatively passive historical actors. (There are obviously major exceptions to this pattern: black rule in Haiti, Mestizo rule in Venezuela, and Amerindian rule in Bolivia.) The Cuban case is striking in that the usual racial disparities have persisted despite six decades of radically egalitarian communist socio-economic policies.

If the charges of âJewish Bolshevismâ had some credence in Europe and North America (as Winston Churchill and Yuri Slezkine have observed), we can speak of âWhite Bolshevismâ in communist Cuba. In the case of the Argentine Ernesto âCheâ Guevara, right-wingers have long enjoyed pointing out the left-wing iconâs racist sentiments. During his youth:

The blacks, those magnificent examples of the African race who have maintained their racial purity thanks to their lack of an affinity with bathing, have seen their territory invaded by a new kind of slave: the Portuguese. . . . The black is indolent and a dreamer; spending his meager wage on frivolity or drink; the European has a tradition of work and saving, which has pursued him as far as this corner of America and drives him to advance himself, even independently of his own individual aspirations.

We’re going to do for blacks exactly what blacks did for the revolution. By which I mean: nothing. 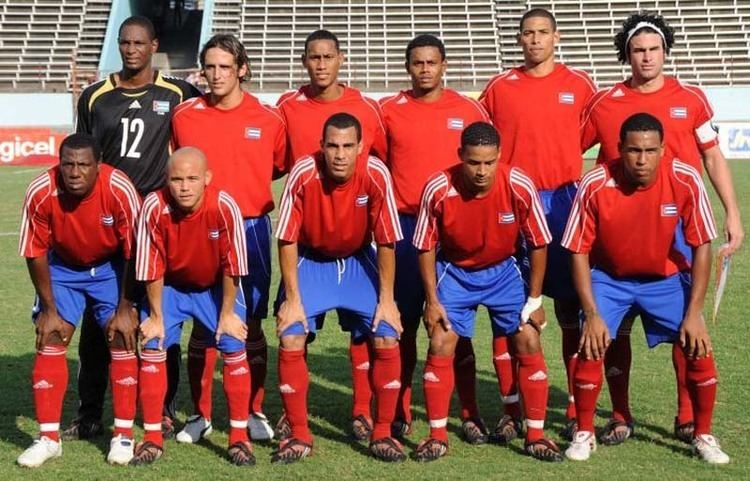 The example of communist Cuba seems to me to be a good case-study of the capabilities and limitations of authoritarian governments. The regime may have failed to achieve racial equality but it is not without other achievements.

In considering any governmentâs performance, we should bear in mind their human capital and regional context. Cubaâs actual racial composition is difficult to determine. According to official statistics, the countryâs white and black shares have declined since 1981, while the mixed share has grown: According to the United Nationsâs 1956 Demographic Yearbook (p. 260), whites then made up 72.8% of the population, mixed-race 14.7%, and blacks 12.4%. The trends may be generally accurate: whites declining due to emigration, both whites and blacks declining due to interracial coupling, and perhaps a decline in people identifying as black. I am not sure however if Cubansâ idea of âwhiteâ is the same as in Europe or North America. According to my Google Images search (by no means a reliable source), Cubans are mostly people of color. Can anyone who has visited Cuba give a rough estimate of the peopleâs apparent racial breakdown? Do two thirds of people really look like Spaniards?

One advantage of the Cuban police state and command economy is that the country is remarkably peaceful by Latin American standards. The homicide rate stands at 5 per 100,000 people, just under the U.S. figure, and ten times less than Honduras, Venezuela, or Jamaica. Tourists typically feel much safer wandering city streets in Cuba than elsewhere in Latin America.

Leftists have long praised the Cuban governmentâs emphasis on healthcare, education, and the fight against poverty. Both Cubansâ infant mortality rate (4.5 per 1,000 births) and life expectancy (79.1 years) are slightly better than Americansâ. My Lonely Planet guide also praised the countriesâ government-run Casas de Cultura and strong performance in sports (Cuba finished fifth in the 1992 Summer Olympics with 31 medals and eleventh in 2004 with 27 medals). (I do not know if Cubaâs sporting success has been to due to doping and/or systematic training programs, communist regimes are prone to both.)

As Anatoly Karlin has observed Cuba is âthe worldâs only âsustainableâ country, combining high human development with a low ecological footprint.â He also notes that the country already had a fairly high development level prior to the revolution and has since fallen behind economically. From anecdotal evidence, it seems that getting by economically is quite difficult in Cuba and one has to âhustleâ constantly in order to get the necessities of life. Nonetheless, this doesnât seem to have harmed the Cubansâ health: they have been spared the cars, sedentary lifestyle, and fatty foods that have led to an explosion in obesity and overweightness across the rest of the world, including the West.

There is no media freedom or political pluralism in Cuba. This is clearly a factor for political stability and the steady adherence to communist values. Anyone too critical is liable to be jailed or worse. However, my impression is that Cuba never went through a genuinely Bolshevik revolutionary phase, with the slaughter of the intelligentsia or the starving the peasants, characteristic of communism in much of eastern Europe and Asia. The Castros, for all their faults, do not seem to have hated their own people.

In fact, listening to Fidel Castroâs speeches, I am struck that his style of politics shares more with Mussolini and Juan PerÃ³n than with Lenin, Stalin, or Mao. Both Mussolini and Castro embodied a certain Mediterranean virility, each enjoying getting shirtless in front of the media cameras.

Cubaâs revolutionary government only gradually became communist as relations with the United States broke down, an ideological change which had the benefit of securing the economic support and military protection of the Soviet superpower. But, in temperament and style, Castroâs regime in some ways resembled a kind of Third-Worldist fascism, its authoritarian government being justified in the name of the global Southâs perpetual struggle for equality.

In terms of independence and power-projection, the Cuban accomplishment is considerable for such a small island nation of a mere 11 million people. The Cuban government has been able to thumb its nose at the American superpower for six decades, Washington impotently watching on. This has been possible thanks to the countryâs relatively autarkic economic model (notwithstanding generous Soviet subsidies until the end of the Cold War). Cuba was also capable of deploying tens of thousands of soldiers to Sub-Saharan Africa in the 1970s and 80s in the fight to spread communism and topple Apartheid.

The Cuban example shows that a highly multi-racial/ethnic country can be quite orderly and powerful if there is an inclusive authoritarian government with a sense of mission. However, I do not believe an authoritarian regime â I am not speaking of a purely selfish and vicious tyranny â can sustain itself without a compelling raison dâÃªtre. Cubaâs struggle for racial and global equality has been unsuccessful and is going nowhere. The country will continue to bleed out the more desperate and enterprising to other lands, notably the United States, and it seems inevitable the âCuban exceptionâ will end, whether gradually as now or in a sudden change. Then this island which had provoked fear and inspiration across the world be reduced to being another Puerto Rico. Nonetheless, in an era of growing ethno-racial diversity and of both human and environmental biological degradation, the Cuban experience may still hold important lessons. We Donât Have a Gun Problem. We Have a Race Problem.
Jared Taylor
• 330 Comments • Reply

← The Gilets-Jaunes, or the Contradiction...In Face of Yellow-Vest Critics, France ... →
Current Commenter
says:
Current Date at Time Now
Leave a Reply - Comments on articles more than two weeks old will be judged much more strictly on quality and tone
Cancel Reply
Commenting Disabled While in Translation Mode