All the talk today is of the tensions between globalism and populism, the latter often nationalistic. The globalists have generally been too optimistic in their rhetoric, wishfully thinking that the time of nations and states is simply over. In fact, the nation-state remains an irreducible reality in politics everywhere, even as this entity is undeniably in decline.

The ânationalâ is in decline in two distinct ways. Firstly, Western nations are disintegrating everywhere, their respective core ethnies losing ground to rapidly-expanding Hispanic, Asian, African, and Islamic settlements, notably in the large cities and, in the United States, across all the southernmost states from west to east.

Many of the major cities are simply lost. London can no longer be said to be part of the English nation in any meaningful sense. Indeed, Londonâs government under Sadiq Khan has been at pains to emphasize this fact, arguing that, I quote, âLondon is anyone, London is everyone.â In the same way, Paris is no longer really part of the French nation, nor can Los Angeles and New York City be said to be part of the same nation as the American Midwest.

Secondly, Western elites are more and more apatride â nationless â psychologically. The residents of these same âglobal citiesâ simply no longer identify with the core of their historic nations and, indeed, are possessed by various degrees of fear and loathing for the rural folk who have the audacity to vote for the (more-or-less insipid) right-wing parties and not be in tune with the metropolitan classesâ latest ideological fashions. Thus, these elites feel no need to defend the economic, cultural, and demographic interests of their own citizens â which is at best considered selfish and at worst âracism,â the gravest of sins. Today, many left-wing parties show open contempt for the very idea of borders and nationhood, let alone national solidarity.

The phenomenon of an apatride elite is part of the reason why many have come to believe the âstatalâ part of ânation-stateâ is also in decline today. But this is quite inaccurate. The state shows no signs of decline and indeed has become all-encompassing and outright obese. If the state does not take action today in the face of the winds of globalization â on immigration, on economics â it is not because it no longer has the means, but simply because the elites have lost the desire to defend their constituents.

There is no point getting worked into an impotent rage regarding these trends. Rather, we should reflect on why the nation-state arose and why it is declining.

I think we need to consider the basic facts of human life, namely our psychology, which is more or less fixed, at least in broad makeup, and our technology, which has enabled spectacular changes in day-to-day human life over the past thousands of years.

Psychologically, the key issue seems to me to be that of identification. Ethnic identification appears to be a hard-wired human impulse, much akin to childrenâs aptitude for adopting languages. This is evident in the fact that even infants instinctively identify different races and accents, and show a preference for the race and accent of their parents. If we look at modern history, we find that again and again societies fail to consolidate into a common ethno-national identity because of the lack of a common language (Austria-Hungary, Canada, Belgium, the Soviet Union . . .) and/or race (United States of America, Brazil, South Africa, Malaysia . . .). Of course, additional cultural and religious factors can further subdivide people into further ethnies but, as a rule, it seems shared language and continental ancestry are the two basic ingredients for forming an ethny.

Identification seems to stem in large part from socialization. An infant, assuming he or she is of the same continental race as their parents, will come to identify ethnically with them through constant contact, seeing their features, and hearing their voices. By contrast, transracial adoptees – a black child raised by white parents or vice versa – is likely to develop highly conflicted feelings and not feel wholly part of his adoptive ethny. This can even be the case for multiracial children, such as one Barack Obama, who despite being exactly half-white and half-black, felt no affinity for Europe. As he explained in his memoirs: âAnd by the end of the first week or so [in Europe], I realized that Iâd made a mistake. It wasnât that Europe wasnât beautiful; everything was just as Iâd imagined it. It just wasnât mine.â

The family – especially if the two parents are of the same ethnicity – seems to be a powerful driver of ethnic identity creation. All across Europe, the society may speak one language, the state may prescribe another, but if enough families speak another language at home, then we have an autonomous ethnic group and resulting ethnic tensions. See: Catalonia, Flanders, and indeed most of the Balkans.

Family is obviously one of the chief ways people socialize. But there are others: the street, school, the workplace, church, as well as through mediating technologies, namely books, newspapers, radio, television, and the Internet.

It seems to me that the expression and potency of ethnic and religious identity has fluctuated throughout human history through the emergence of these technologies.

In very ancient times, people seemed to have chiefly identified with their tribe, each one having their own gods, prescribing loyalty only to their own blood.

With the invention of writing, it became possible to create long-lasting and homogeneous imperial and religious bureaucracies that went beyond the individual tribe. Hence, in time the purely particularistic identification of the Greeks and other ancient nations came to be replaced by the âdual citizenshipâ of the Roman Empire. Cicero is emblematic in expressing both the local patriotism of his hometown and imperial Roman patriotism.

Empires and religions (and languages, for that matter) spread much more easily than did peoples, who tend to be very âviscousâ as soon as there is any significant population density. Great emperors like Constantine and Ashoka appear to have seized upon Christianity and Buddhism, in part, as means of giving a common identity to their otherwise very diverse subjects. Throughout the Middle Ages, people had various local identities and a common Christian identity. Publications were chiefly in Latin rather than the local language, also encouraging a Christian identity among intellectuals.

Conditions have dramatically changed since the Middle Ages, notably in Europe, with the steady spread of literacy and of local vernaculars, suddenly promoted to national languages. National identity is evident among the intellectuals as early as the Renaissance (if not earlier in some cases, as in the eleventh-century Song of Roland). Machiavelliâs notorious The Prince concludes with a rousing call to unite Italy and expel the (French and Spanish) barbarians; Luther exhorted the German nobility in German to free themselves from the yoke of a decadent Papacy; and Montaigne in his cheeky Essays is already speaking in stereotyped terms of Frenchmenâs Gaulish ancestors.

Thus, from the fifteenth to the twentieth centuries, we observe the steady rise of national identity as more and more people were socialized in linguistically-discrete memetic networks: the printing press, mass literacy, newspapers, national schooling . . . The nation marks the entry of the masses into society and we are not surprised if war, by 1914, reaches a hysterical nationalistic pitch.

The nation had become everything by then. Oneâs family, oneâs society, oneâs state, oneâs newspaper, oneâs books, oneâs school, oneâs territory . . . everything was dominated by the national fact, working in harmony and reinforcing one another, dominating every facet of oneâs existence. Thus, when a Frenchman crossed the border to Italy or landed in England, he could feel to be entering a really different world with wholly different rules. This is certainly no longer the case today.

The nation was an existential fact within which one lived and died, and potentially flourished and . . . transcended oneâs individuality. Thus we cannot be surprised if so many great men invested their participation and sacrifice for their nation in existential terms. Hence, Charles de Gaulle felt France was âlike a princess in the fairy tales or the madonna of the frescoes, fated for an eminent and exceptional destinyâ while the Romanian Petre ÈuÈea – with the same exhilarating and empowering pathos – explained that âthe Balkans are the ass of Europe.â Solzhenitsyn, Hitler, etc, etc.

Only religion and business escaped this rule. Yet religion often wrapped itself in the national flag and business had to adapt to local conditions.

Sociologically, the peak of the nation-state really was achieved in the postwar era: 1950s America, 1960s France. This was the moment in which our educational and other bureaucracies became ends in themselves, excuses for wasting time and distributing money. It was the time of television. This era saw the inception of globalism, which was adopted by elites, thus there was a French globalism, an American globalism, etc. There was as of yet no unified globalist class as such.

Today, people spend a greater and greater part of their daily life in front of screens. Notwithstanding the restrictions of copyright and national ecosystems (Iran, China, Russia), in the West Internet use is basically deterritorialized. I could be writing these lines from Paris, Dubai, or Timbuktu. An American in Paris can work in an English-speaking company, inform himself through American media, and basically live in an Anglo expat bubble. An Arabic immigrant can similarly live in his own Arabo-Islamic online sphere, wherever he happens to live, besides frequenting the local Saudi-funding Wahhabite mosque.

The proposed Spencerian Ethnostate, a kind of Transatlantic Roman Empire, seems outlandish today. However, once the Germans become as functionally Anglophone as the Dutch and the Nordics – which is perhaps a matter of only 20 years – there will certainly be no linguistic barriers to Occidental unity.

Why should âchampagneâ – quality bubbly wine – only be produced in the geographical region of Champagne? By what law would it be impossible to make good ramen outside of the territory of Japan?

Thus, we will inevitably see a steady denationalization of our societies, both from below through Third-World immigration, and from above through âAnglo-globalization.â The small, rootless international clique has given rise to a rather large and growing Expat Class. The chief problem is our effeminate lifestyle. People spend their entire amidst the omnipresent fakery of the âeducationâ system, office make-work, and screens. It also means a pure and simple biological weakening – witness the decline in testosterone levels – as our comfortable lives make us less and less capable of bearing pain, discomfort, or sustained effort. This makes us unable to recognize painful truths – and lord knows how many truths are painful – let alone affirm them and live by them.

To deny these trends, which are in large part technologically determined, is simply wishful thinking. 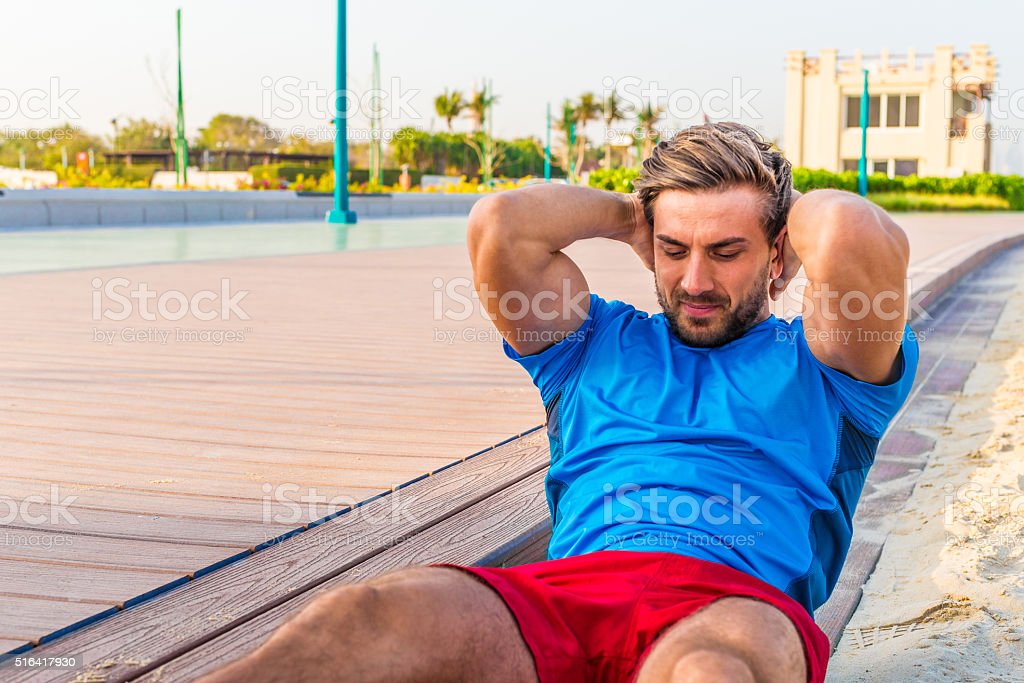