The posters and trailers for todayâs films and TV series generally look awful to me. I occasionally give them a chance, against my better judgment, and find I have wasted my time. All these pope dramas and even Emir Kusturicaâs documentary with Uruguayan President Peje Mujica: meh.[1]The Mujica documentary is informative in a few ways. Mainly: one is struck at how much these leftist political revolutionaries were willing to risk personally and how supportive their WAGs were.

So I look to the past. Iâve recently indulged in watching some Star Trek: The Next Generation. Now there is a homey show. Itâs remarkable in a number of ways. Two striking ones for me: the decidedly optimistic cosmopolitan setting, which represents a kind of idealized fruition of the whole liberal-internationalist outlook, and the personality of Jean-Luc Picard, captain of the starship Enterprise, as a rare TV portrayal of a wise commander.

Star Trek is fundamentally a projection of contemporary liberal-internationalist assumptions 300 years into the future. As such, itâs an interesting show to analyze to understand the liberal idealism, for there is such a thing, which has underpinned the worldâs basic evolution since the Second World War.

Star Trek portrays humanity the way the writers feel we should be if we could get passed our pettiness and bickering. The technological level is simply fabulous: effortless interstellar travel, materialization of objects from nothing, teleportation, a âholodeckâ where any fantastical setting can be realized . . . The travels of a military starship through space work very well as a pretext for an adventure-a-week. The Enterprise encounters mysterious happenings, hostile aliens, and surprisingly common (invariably passionate and unenlightened) demi-gods.

The showâs basic idealism and optimism is, significantly, reflected in the crewâs personalities. Everyone is just so good.

As usual, each member of the diverse crew reflects different aspects of the human personality: the android Data is emotionless and childlike, the Klingon Worf is an impulsive hot-head steeled by discipline, the telepathic psychologist Troi is full of empathy, and so on. However, the crew always fundamentally collaborates as a community under the leadership of Picard.

Picard is a model of philosophical leadership. When there is a problem, he takes his time, hears out every opinion, and remains dispassionate and prudent. When a decision is finally made however, he is firm and decisive.

A typical TNG episode works as a morality play. The antagonist (there are rarely enemies) is not usually destroyed an epic battle of laser blasts in all directions. Rather, he is usually misguided, and can be brought back to reason through dialogue and moral example. This is where Picard excels: Socratic dialectic, explication, compassion, and moral self-control are his weapons of choice.

And you know what? It works. While there is often a soppy element to TNG, Picardâs wise leadership comes across as convincing and plausible. Itâs not often we see a wise man in command: a few cameos of Marcus Aurelius here and there, the Gandhi biopic starring Ben Kingsley . . . hard to think of much else. Ned Stark provides an interesting contrast with a fundamentally good, too good, man in a Machiavellian world.

Star Trekâs social organization and politics are rather telling. Inevitably, every seriesâ idealized setting says a great deal about the social assumptions of the people who made it at the time.

In The Original Series produced in the 1960s, the cast is strikingly multiracial, including a black woman, an East Asian man, as well as a Russian (not to mention the famously ultra-rational Spock, a half-Vulcan). The show is often comically macho and women are basically absent, with Uhura (the black woman) coming across as a sexy secretary.

In TNG, produced in the late 80s and 90s, the cast is much whiter and, as so often in liberal shows, demographically resembles 1950s America, the only minorities in the main cast being two black men (one of them being a non-human Klingon). Whatâs more, the men are still in charge. After the female chief of security is killed off in the first season (a rarity for a main cast member, the actress wanted out), women star as the shipâs psychologist, doctor, bartender, and love interests.

The Enterprise serves the Federation, a kind of interplanetary United Nations/United States which actually works, with humans making up the core. Again, the Federation is good, working for the harmonious development of all species.

Picard is wholly committed to the Federation and its generous and cosmopolitan guiding philosophy. He affirms âthe right of all life to existâ and the ability of âintelligent beings of good willâ to get along. The latter is Stoicism 101 (all ârational and social beingsâ should get along). Picardâs own ship and personal example are a testament to the truth of these claims.

While having a basically âhumanitarianâ mission, the Enterpriseâs crew are animated by a decidedly heroic and even Promethean ethos. The crew are more than willing to risk their lives to, as Picard famously puts it in the intro, explore âSpace . . . the final frontier . . . and boldly go where no one has gone before!â

TNG works as a kind of Stoic-cosmopolitan idealization of what humanity could be. Thereâs something charmingly innocent and elevated to all this and, as I say, it works.

That isnât to say this is particularly plausible or is the whole story. The cracks and omittances of TNG are quite suggestive of underlying darkness.

Today, we rightly worry about human obsolescence as a result of automation. In TNG, thereâs a whole space ship of people busy each working in their little sphere. Scarcely is anything ever said of the Federationâs (presumably democratic) politics and we only know the authoritarian hierarchy of a military vessel under a wise commander (a setting in which, by the way, multiculturalism can indeed work).

Despite the total lack of scarcity, the humans are still motivated to do things. The men are still interested in tactfully courting the womenfolk rather than being addicted to sexing virtual babes on the holodeck.

In terms of international politics and war, Star Trek rejects the suggestion of fundamental differences in outlook and competition between species. We can all get along and coexist. This is true, if each species lacks any great difference in their fundamental drive, if no species is basically . . . anti-social . . .

This is particularly striking in the case of one of Stark Trekâs most original principles: the so-called âPrime Directiveâ under which the Federation is not supposed to interfere with the development of more primitive forms of life. In one episode, a bronze-age race which has come to believe Picard is a god is told the truth and then, despite their equal cognitive abilities, left to flounder on their own.

In another, nanites self-reproduce as a collective intelligence and threaten to turn the ship into gray good. The problem is solved when the exponentionally-developing ânanite civilizationâ is dropped off on a planet. Everyone can have their safe space, it is implied, and there is no reason even a fundamentally distinct life-form might have a drive, an impulse, a way of life, which could fundamentally clash with that of others.

Liberal-internationalism and multiculturalism work much the same today. Human differences can be manageable if these are reduced to sterile folklore and we all become united by the shopping cart.

I donât know how Jewish Star Trek is. Gene Roddenberry is a gentile and the whole show is permeated by a very Western idealism and earnestness. Various Jewish publications report however that Jews have always had a great influence on the show.

I contend that there is something very French about Picardâs appproach and, specifically, pre-Revolutionary. Picard is supposed to have vineyards back home on Earth, but I suspect his family really made it big with that uniquely French expression of mass art de vivre: quality frozen foods. 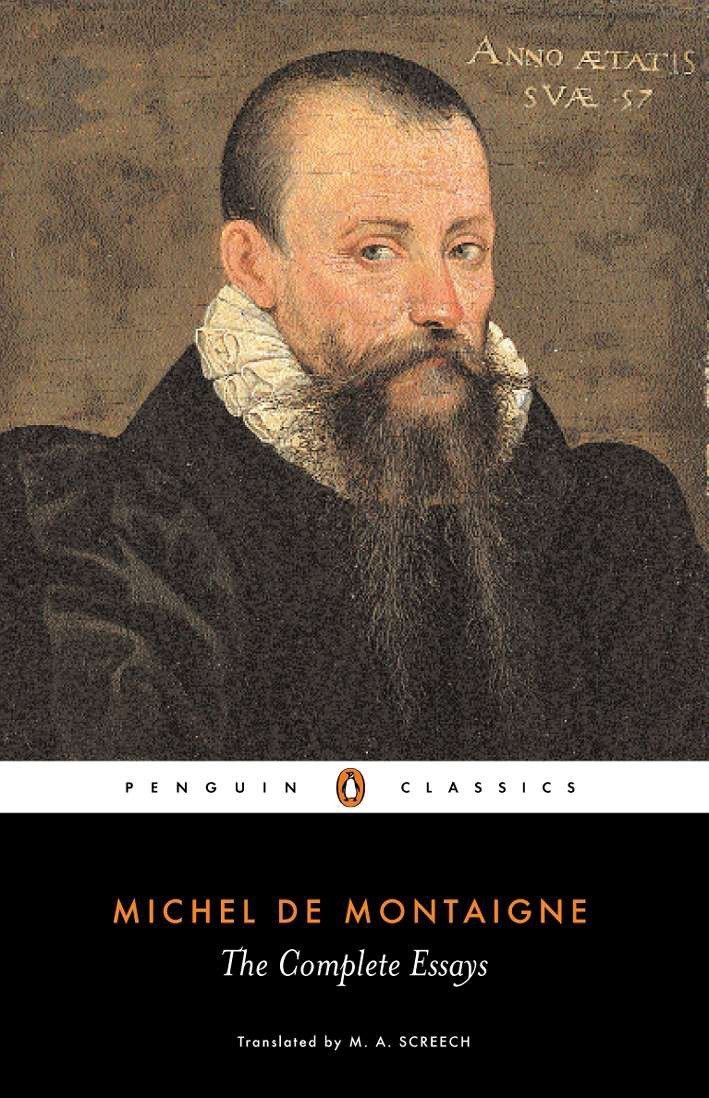 Picardâs wisdom recalls that of that other chrome dome: Michel de Montaigne, the quintessentially French writer. Montaigne too is wise, detached, perceptive, reasonable, moderate, cautious, and fundamentally conservative in outlook. And all that is very good. The workplace might be a better place if more managers were to watch Picard at work. No doubt every human soul can be improved by reading Montaigneâs surprisingly humorous and approachable Essays. This is what philosophy â love of wisdom â is meant to be, delightful instruction on how to live.

History presents many examples of unwise and erratic monarchs. If I were a king, I would wish to be like Picard or Marcus Aurelius (the latter on a good day). But this is surely not the only valid style of leadership.

And . . . is the âreasonableâ enough? Is that who we really are?

We live in an age of untold plenty and material prowess. Our scientific knowledge and mastery over matter is seemingly boundless. And yet, who could deny that humans are using this power to better express their follies? To better indulge, in particular, their petty-pride?

There are no feminists, no ethnic activists, and no transsexuals on the Enterprise. In our world, we know that ignorance of oneâs nature and wounded egos have a seemingly limitless capacity to drive victimarian identity politics

There is untold darkness in every human soul. Above all, there is the vanity within each of us, that lowly self-love or amour-propre quite distinct from manly pride or self-respect. There is no doubt that being an apparently generous and reasonable reason broke down the traditional prejudice and poverty which kept vanity in check, contributing to unleashing this touchy beast which now rules supreme in our societies.

Is not appearing and thinking yourself good the best way of selfishly displaying your supposed superiority compared to the rabble or, indeed, to your betters? 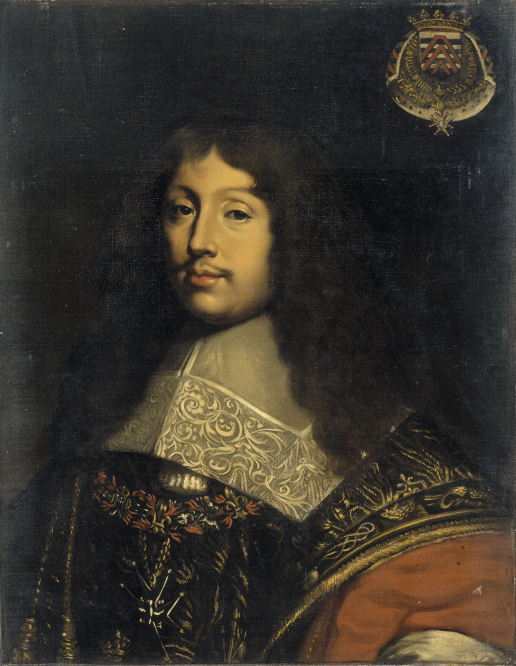 [1] The Mujica documentary is informative in a few ways. Mainly: one is struck at how much these leftist political revolutionaries were willing to risk personally and how supportive their WAGs were.