I received some interesting comments as well as some pushback for my previous article summarizing a scientific study showing correlations between brain shape/size and regional European ancestry. This is understandable given the sensitivity of the topic. Individual and ethnic amour-propre is a powerful motivator in the face of emotionally hurtful facts and hypotheses. However, as I like to say, the science is coming, ready or not, whether people like it or not, whether these fit with the current ideological fashions or not. I am confident that the progress of science and free discussion on the Internet will lead to an increase in human consciousness and apprehension of the truth.

I thought I would also report in more detail on another remarkable study, published in the July 2015 by Current Biology, examining the relationship between brain shape and continental ancestry (European, East Asian, Sub-Saharan African, and Native American, which of course correspond to the most significant traditional racial categories). The article is entitled âModeling the 3D Geometry of the Cortifal Surface with Genetic Ancestry.â The authors write

Knowing how the human brain is shaped by migration and admixture is a critical step in studying human evolution, as well as preventing the bias of hidden population structure in brain research. Yet the neuroanatomical differences engendered by population history are still poorly understood. Most of the inference relies on craniometric measurements, because morphology of the brain is presumed to be the neurocraniumâs main shaping force before bones are fused and ossified. Although studies have shown that the shape variations of cranial bones are consistent with population history, it is unknown how much human ancestry information is retained by the human cortical surface. In our groupâs previous study, we found that area measures of cortical surface and total brain volumes of individuals of European descent in the United States correlate significantly with their ancestral geographic locations in Europe. Here, we demonstrate that the three-dimensional geometry of cortical surface is highly predictive of individualsâ genetic ancestry in West Africa, Europe, East Asia, and America, even though their genetic background has been shaped by multiple waves of migratory and admixture events. The geometry of the cortical surface contains richer information about ancestry than the areal variability of the cortical surface, independent of total brain volumes. Besides explaining more ancestry variance than other brain imaging measurements, the 3D geometry of the cortical surface further characterizes distinct regional patterns in the folding and gyrification of the human brain associated with each ancestral lineage.

The correlation between the differing shapes of the cerebral cortex and ancestry were so strong that the scientists were able to predict from which continent a personâs ancestors came from simply by looking at the their brain scan! This is summarized in the following simple graphic:

Ancestry was able to account for 47% to 66% of variation between brain scans, depending on the ancestral population in question. The following graphic shows how much difference there is between a typical European, Sub-Saharan, East Asian, or Amerindian brain and an âneutralâ brain which is average of all four population: â the colors represent the direction of the morphing process. Movement along the medial-lateral axis is coded in red, along the anterior-posterior axis in green, and along the dorsal-ventral axis in blue. The final color is the combination of these three, depending on which direction the vertices move.â

As we can see, race is cerebral-cortex deep!

In another graphic, the scientists show the degree of variation in shape depending on the brain region and population in question:

Incidentally, the data shows that the Sub-Saharan brain is most different in shape from those from the other three continents.

There are even videos associated with the article showing how the brain changes shape as the percentage of a particular continental ancestry increases.

The scientists add a word of caution however: âAny functional significance of the cortical surface geometry per se remains to be established.â Indeed, we cannot automatically infer that differences in brain shape between human races necessarily entails differences in temperament, personality, or cognitive ability. But it is certainly eminently compatible with that hypothesis and rather discouraging for the blank-slatists.

We are so sensitive to the word âraceâ that clear thinking on the matter often becomes impossible. Let us then use to the word âpopulation.â The authors, perhaps wisely for their own careers, declined to look into correlation between brain size and ancestry, as done in the study of regional European populations.

We know that âpopulationsâ differ depending on where they originally come from, depending on their genes. We accept that physical differences between populations exist, such as skin color, hair texture, facial features, and so on.

While our egalitarian culture generally denies that there are important in-born differences between populations, we make an exception when our actual immediate interests are at stake, that is to say in the area of health. Then, doctors tell us and we all accept, that different populations have, because of different genes, different susceptibility to various diseases and may find different diets appropriate. This is highly relevant concerning diseases such as sickle-cell disease and osteoporosis, or in the prevention of congenital diseases in historically in-bred populations (most notably the Jews, who have created vast organizations to fight genetic diseases they are prone to, such as the Jewish Genetic Disease Consortium). Thus, we are all blank-slatists, until we have skin in the game, then we suddenly rediscover science and common sense.

While we all recognize aesthetic differences between populations, we rarely permit ourselves to go further and observe average differences in physical ability, although this would naturally follow from average physical differences in general. Any sports-watchers will no doubt have observed the excellence of West Africans in sprinting and of East Africans in marathon running.

If our culture can admit all this to some extent, it cannot admit average differences in temperament, personality, and cognitive ability between populations. Those who venture to make the observation â such as Charles Murray, Thilo Sarrazin, or James Watson â are crucified as a result, no matter their arguments and qualifications. And yet, we now know for certain that brain shape itself differs depending on continental ancestry and so we should at least be open to the possibility that there may be functional differences.

The study was performed by a dozen scientists at the University of California at San Diego, almost half of whom appear themselves to be of East Asian descent (Chun Chieh Fan, Chi-Hua Chen, Yunpeng Wang, and Min-Tzu Lo). This in itself is indicative of the success of East Asians in Western scientific institutions. This may also be suggestive of the worldâs future: while most of the contemporary worldâs contribution to biological science is negligible, and while much of the West is paralyzed by a sentimental attachment to equality, the East Asians may carry on the torch of knowledge and civilization.

What will it take for us to see reality in the face? I donât know. But I do know one thing, like it or not: Science is coming. 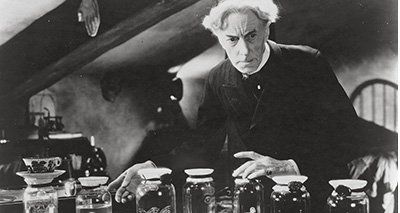 ← Intra-European Brain DiversityJean-Yves Le Gallou: the Reality of the... →
Current Commenter
says:
Current Date at Time Now
Leave a Reply - Comments on articles more than two weeks old will be judged much more strictly on quality and tone
Cancel Reply
Commenting Disabled While in Translation Mode