Percentage of infants tested for sickle-cell disease, a treatment applied overwhelmingly to non-infants.

Due to the lack of official ethnic statistics in France, itâs quite difficult to precisely gauge demographic developments. Among newborns, our best proxy up to now has been the testing for sickle-cell disease, a procedure largely limited to populations susceptible to this illness, that is to say those from the Middle East, Africa, India, and parts of south-southeastern European.

I was looking forward to the publication by France StratÃ©gie â a government think-tank attached to the prime ministerâs office â of an official report on residential segregation, both in terms of class and ethnicity. The document is however downright disappointing, using questionable and opaque indices rather than straightforward data. (Straightforward data would be: what is the percentage of minorities in France? What is there percentage in each French territory? How evenly distributed are they in each French territory?)

Comparing the situations in 1990 and 2015, the report claims that class segregation is stable, ethnic segregation has decreased slightly, and low-income housing is more evenly distributed. The report suggests that âmigratory origin plays a greater role than social classâ in contributing to segregation.

Anyway, count this as an umpteenth contribution to the fairly odious genre of official French political science. Such and such is âun phÃ©nomÃ¨ne important,â this or that has âun modÃ¨le original,â hiding your utter lack of substance under a vaguely pompous and clinical pseudoscientific veneer.

Alongside the report, France StratÃ©gie has published a data visualization tool allowing you to compare data for different French territories and even neighborhoods. While the indices are opaque, you also have real data: most valuably, the changing percentage of non-European immigrants and their children among minors (aged 0 to 18) between 1975 and 2015.

The results are enlightening, both in terms of the accelerating pace of demographic change and manifest urban segregation. Note: these statistics systematically underestimate the percentage of non-Europeans, because only first generation immigrants and their children are counted.

The once-sleepy town of Dijon, now famous for vendettas between Chechen and Arab gangs: 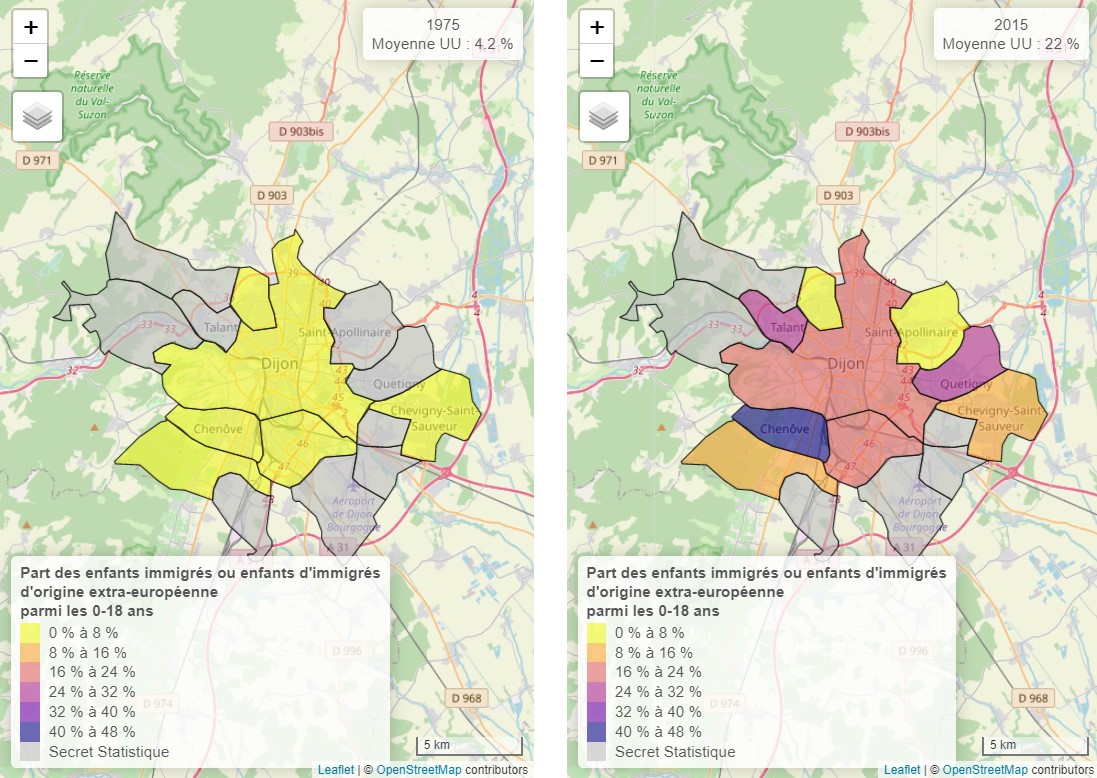 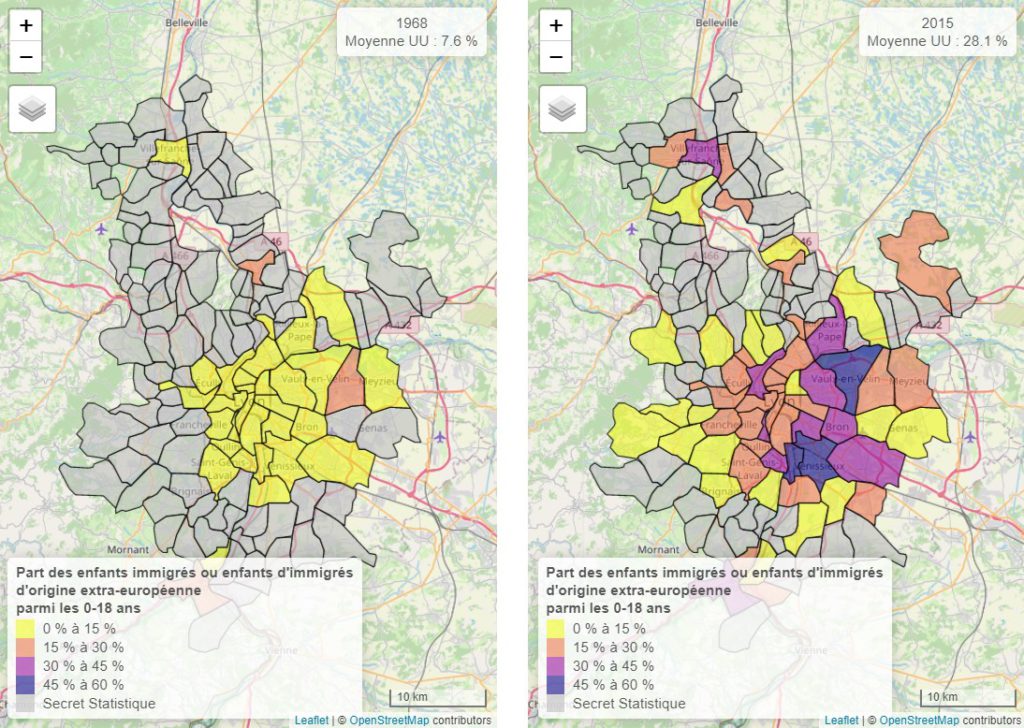 Marseilles and Aix-en-Provence with over 900,000 inhabitants (a good example of the dataâs weakness, as Marseilles actually appears to already be a majority Afro-Islamic city): 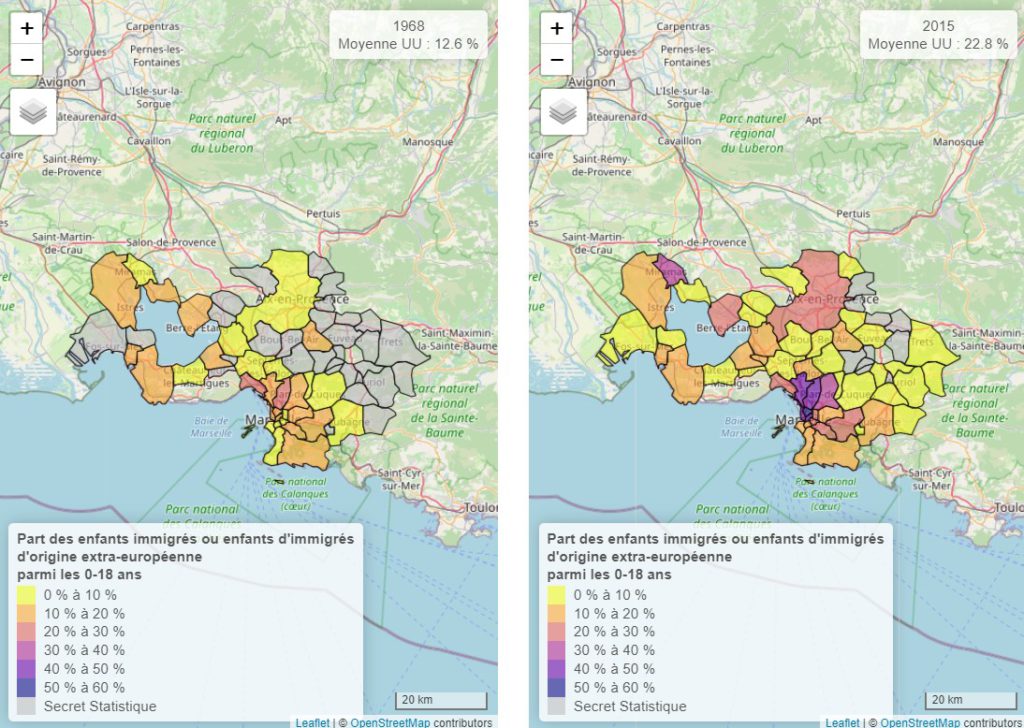 OrlÃ©ans, which Joan of Arc liberated from the English occupier: 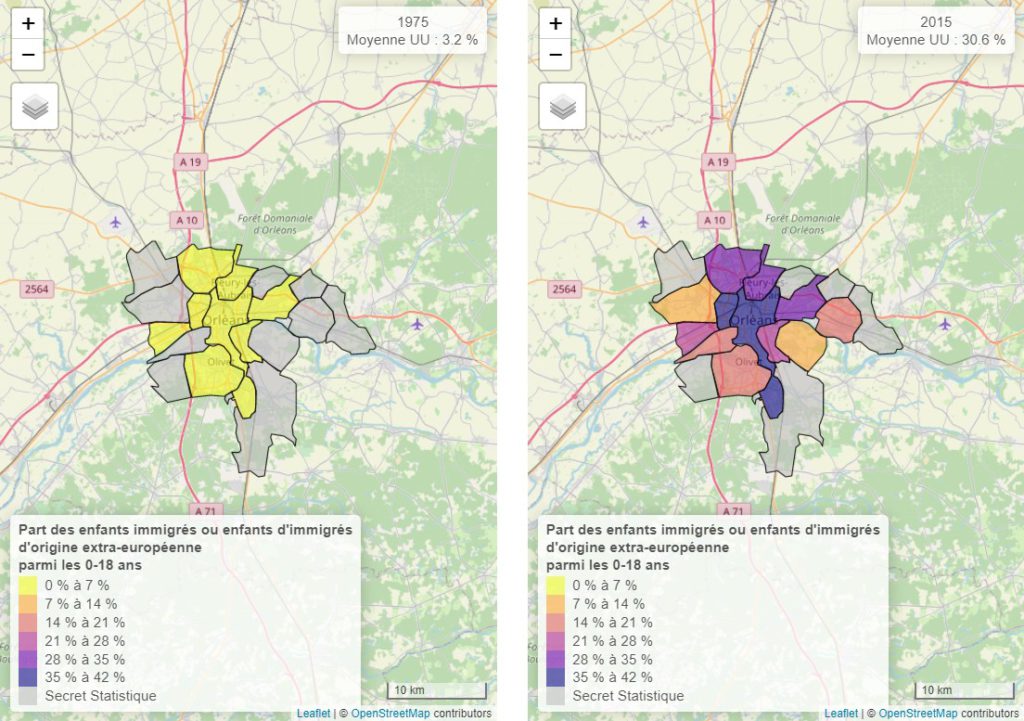 Even gentrified inner Paris is being substantially replaced: 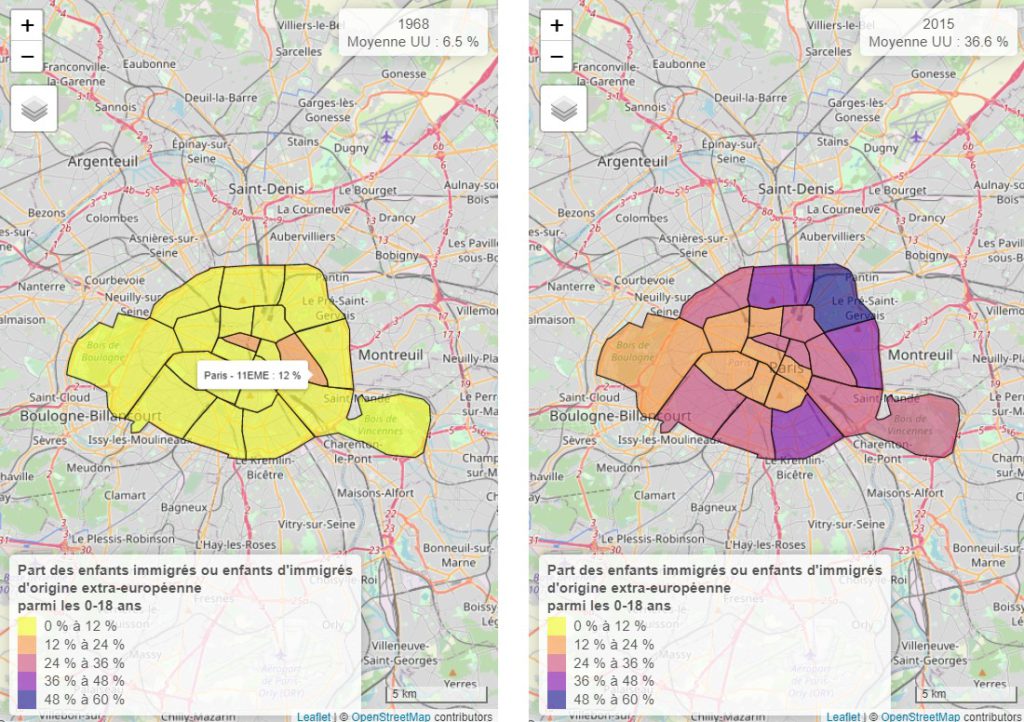 The dÃ©partement of Seine-Saint-Denis, essentially the northeast of greater Paris and the resting place of the kings of France, is almost entirely Afro-Islamized: 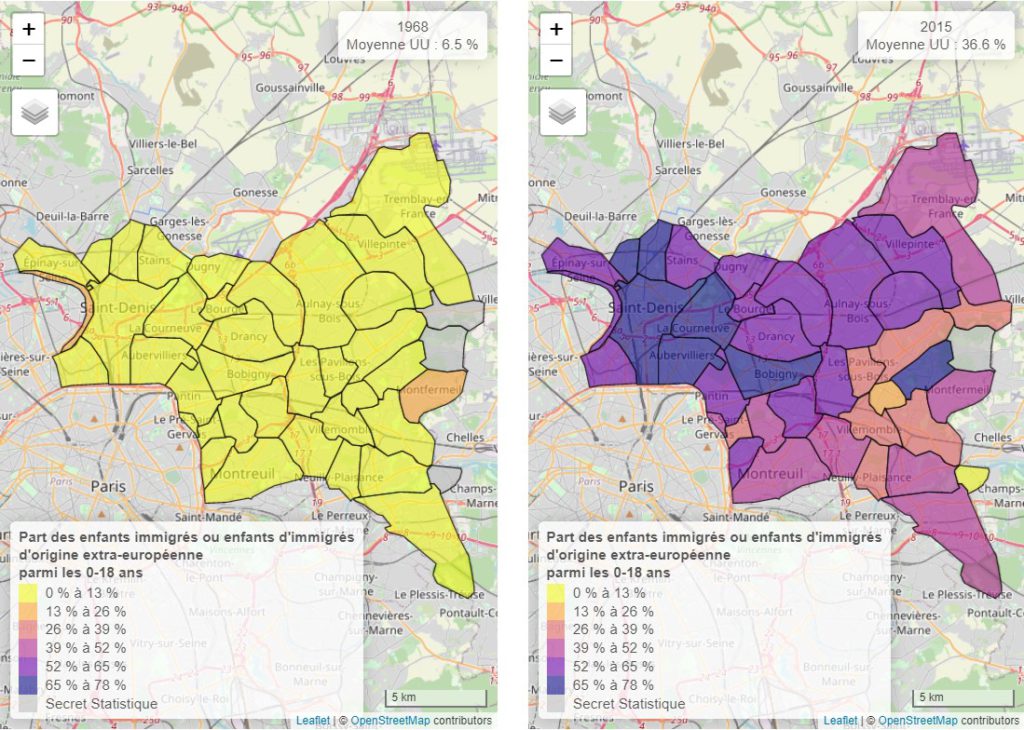 • Replies: @Anonymous, @Reg CÃ¦sar
← Will the Poles Have to Pay Up to the Jews?Anti-Zionist Writer Alain Soral Jailed,... →
Current Commenter
says:
Current Date at Time Now
Leave a Reply - Comments on articles more than two weeks old will be judged much more strictly on quality and tone
Cancel Reply
Commenting Disabled While in Translation Mode