Adolf Hitler holding a speech, about 1925.
◄►Bookmark◄❌►▲ ▼Toggle AllToC▲▼Add to LibraryRemove from Library • BShow CommentNext New CommentNext New ReplyRead More
ReplyAgree/Disagree/Etc. More... This Commenter This Thread Hide Thread Display All Comments
AgreeDisagreeThanksLOLTroll
These buttons register your public Agreement, Disagreement, Thanks, LOL, or Troll with the selected comment. They are ONLY available to recent, frequent commenters who have saved their Name+Email using the 'Remember My Information' checkbox, and may also ONLY be used three times during any eight hour period.
Ignore Commenter Follow Commenter
Search Text Case Sensitive  Exact Words  Include Comments
List of Bookmarks

I can think of only one thing which unites Adolf Hitler and Noam Chomsky: a shared contempt for and critique of capitalist mass-media democracy. Concerning Hitlerâs speeches, we usually think of rapturous exhortations to his party-comrades. However, the FÃ¼hrer could sometimes strike a more pedagogical note. Such was the case in a December 1940 speech on what Hitler called âthe so-called democracyâ in the âAnglo-French worldâ and the United States. Listening to this speech, I was struck at how similar Hitlerâs critique of capitalist democracy was to Noam Chomskyâs. For both Hitler and Chomsky, the corporate media, oligarchic influence, and an incestuous political class make a mockery of Western capitalist regimeâs claims of being âdemocratic.â

Copies of the speech appear to have been eliminated in the recent YouTube purges, however, a copy is still available on archive.org. (The only edition left on YouTube is one uploaded by someone who has heavily spliced the speech with his own critical commentary, who was also struck by the similarities between fascist and left-wing critiques of capitalist democracy.)

Hitler observes that, in theory, the people rule in Britain, France, and America. However, as the people cannot spontaneously make and express their opinion on a mass scale, the media comes to play a critical role in shaping public opinion: âThe decisive question is: Who enlightens the people? Who educates the people?â The answer is, of course, the media. In this, Hitlerâs assessment is an exaggerated version of what Alexis de Tocqueville had observed a century earlier in his classic work, Democracy in America:

When a large number of press organs manage to march along the same path, their influence in the long run becomes almost irresistible, and public opinion, always struck upon the same side, ends up giving way under their blows.

In Western democracies, Hitler claims: âCapital actually rules in these countries, that is, nothing more than a clique of a few hundred men who possess untold wealth.â Furthermore âfreedomâ refers primarily to âeconomic freedom,â which means the oligarchsâ âfreedom from national control.â In a classic self-reinforcing cycle, the rich and powerful get richer and more powerful through influence over the political process. Today, this has culminated in the existence of the notorious â1%â so demonized by Occupy Wall Street.

The oligarchs, according to Hitler, establish and control the media:

These capitalists create their own press and then speak of âfreedom of the press.â In reality, every newspaper has a master and in every case this master is the capitalist, the owner. This master, not the editor, is the one who directs the policy of the paper. If the editor tries to write something other than what suits the master, he is outed the next day. This press, which is the absolutely submissive and character slave of its owners, molds public opinions.

The difference between these parties is small, as it formerly was in Germany. You know them of course, the old parties. They were always one and the same. In Britain matters are usually so arranged so that families are divided up, one member being conservative, another liberal, and a third belonging to the Labour Party. Actually all three sit together as members of the family and decide upon their common attitude.

This cliquishness means that âon all essential matters . . . the parties are always in agreementâ and the difference between âGovernmentâ and âOppositionâ is largely election-time theatrics. This critique will resonate with those who fault the âRepublicrats,â the âWestminster village,â or indeed the various pro-EU parties for being largely indistinguishable. This is often especially the case on foreign policy, Chomskyâs area of predilection.

Hitler goes on, with brutally effective sarcasm, to describe how it was in these democracies where the people supposedly rule that there was the most inequality: âYou might think that in these countries of freedom and wealth, the people must have an unlimited degree of prosperity. But no!â Britain not only controlled âone-sixth of the worldâ and the impoverished millions of India, but itself had notoriously deep class divisions and suffering working classes. There was a similar situation in France and the United States: âThere is poverty â incredible poverty â on one side and equally incredible wealth on the other.â These democracies had furthermore been unable to combat unemployment during the Great Depression, in contrast to Germanyâs innovative economic policies.

Hitler then goes on to mock the Labour Party, which was participating in the government for the duration of the war, for promising social welfare and holidays for the poor after the war: âIt is is remarkable that they should at last hit upon the idea that traveling should not be something for millionaires alone, but for the people too.â Hitlerite Germany, along with Fascist Italy, had long pioneered the organization of mass tourism to the benefit of working people. (Something which traditionalists like the Italian aristocrat Julius Evola bitterly criticized them for.)

Ultimately, in the Western democracies âas is shown by their whole economic structure, the selfishness of a relatively small stratum rules under the mask of democracy; the egoism of a very small social class.â Hitler concludes: âIt is self-evident that where this democracy rules, the people as such are not taken into consideration at all. The only thing that matters is the existence a few hundred gigantic capitalists who own all the factories and their stock and, through them, control the people.â 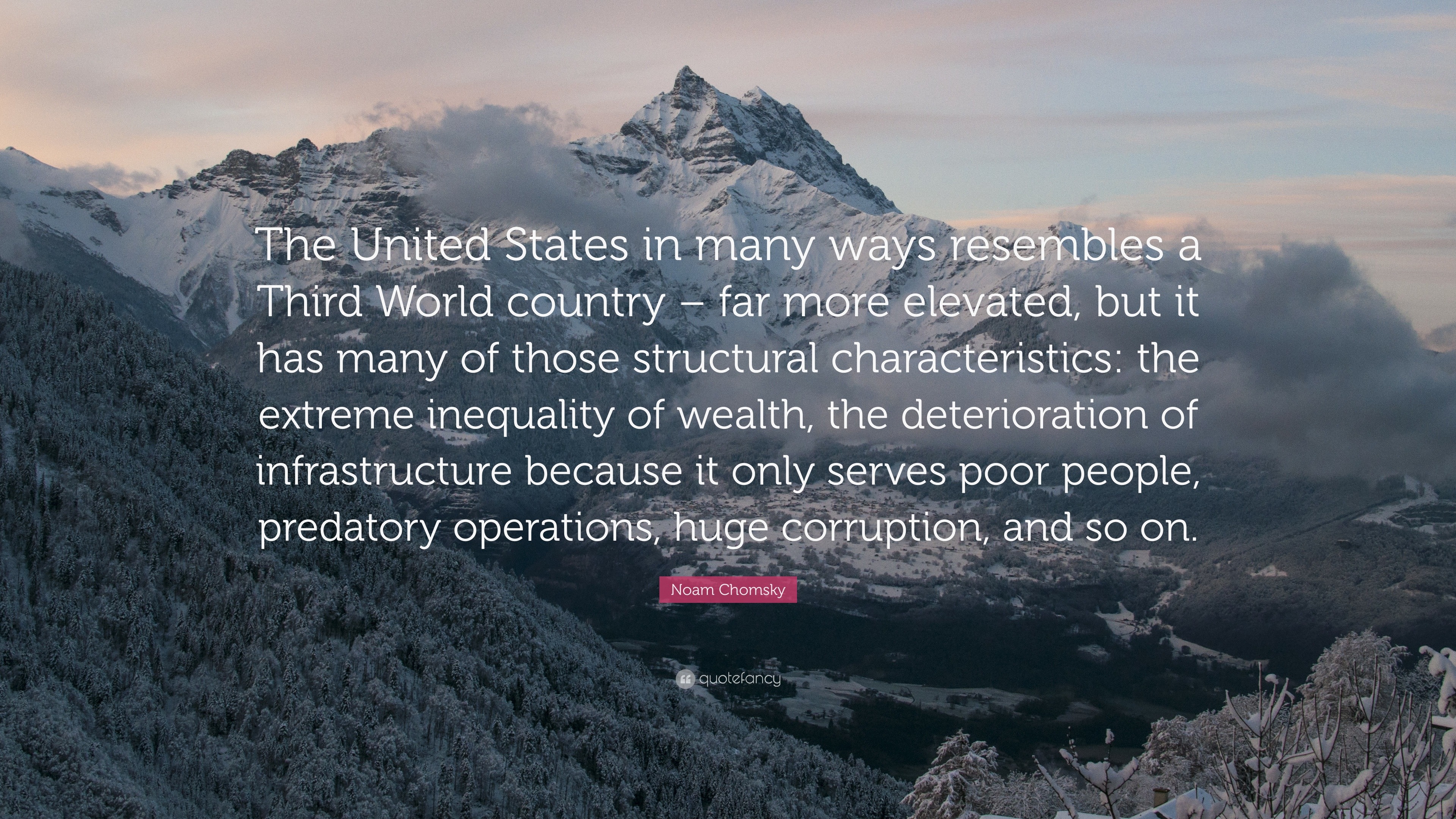 Strikingly, Hitler does not mention Jewish media ownership or influence at all, at least in the available extract (I cannot find the full text online).

What is striking about Hitlerâs critique is how little has changed since those days, almost 80 years ago. Today still, from both the left and right, one hears critiques of corporate influence in politics, of corporate ownership of the media and manipulation of public opinion, and of the minor differences between the self-serving mainstream political parties. Hitlerâs attack of the oligarchic âdemocracy-makersâ is quite similar to Chomskyâs critique of the corporate âmanufacturers of consentâ or Occupy Wall Streetâs opposition to the â1%.â

How well has Hitlerâs critique held up over the years? The fact is that, from the 1930s onward, the Western bourgeois democracies made serious efforts to reform in the face of the fascist and communist threats. They established social-democratic welfare states which redistributed vast amounts of wealth. However, since then inequality has ramped up in the era of globalization and neoliberalism.

In practice, Western liberal regimesâ democratic pretensions are exaggerated. Various studies have found that when elite and majority opinion clash, the American elite is over time able to impose its policies onto the majority (examples of this include U.S. intervention in both World Wars and mass Third World immigration since the 1960s, opposed by the people and promoted by the elite). Leftists like to emphasize the American mainstream mediaâs monolithic support for a belligerent foreign policy and a corrupt political class, but in fact their unanimity is far more pronounced in favor an egalitarian multiracialist agenda. In fact, all regimes have different elite factions and bureaucracies competing for power. All regimes have a limited ideological spectrum of authorized opinion, a limited spectrum of what can and cannot be discussed, criticized, or politically represented. This isnât to say that liberal-democratic and openly authoritarian regimes are identical, but the distinction has been exaggerated. I have known plenty of Westerners who, frothing at the mouth at any mention of the âauthoritarianâ Donald Trump or Marine Le Pen, were quite happy to visit, do business, or work in China, Singapore, the United Arab Emirates, or Israel (the latter being a perfect Jewish democracy but highly authoritarian towards the Palestinians). Westerners really are sick in the head.

The liberalsâ claim to uphold freedom of thought and democracy will ring hollow to many: to the Trump supporters and academics (such as Charles Murray) who were physically assaulted for attending public events and to those fired or punished for their scientific beliefs (James Watson, James Damore, Noah Carl).

What the ideal regime is surely depends on time and place. Jean-Baptiste Duchasseint, a politician of the French Third Republic, had a point when he said: âI prefer a parliamentary chamber than the antechamber of a dictator.â Liberal-democracies allow for regular changeovers of power, transparent feedback between society and government, and the cultivation of a habit of give-and-take between citizens. But it would be equally dishonest to deny liberal-democracyâs leveling tendency, its unconscious (and thereby, dangerous) elitism and authoritarianism (dangerous because unconscious), its difficulty in enforcing values, its promotion of division among the citizenry, or, frequently, its failure to act in times of emergency. The democrats claim they are entitled to undermine and destroy, whether by peaceful or violent methods, every government on this Earth which they consider âundemocratic.â This strikes me as, at best, unwise and dangerous.

The question is not whether a society âreally hasâ free speech or democracy. In the absolute, these are impossible. The question is whether the particular spectrum of free discussion and the particular values promoted by the society are, in fact, salutary for that society. In China, unlike the West, you are not allowed to attack the government. Yet, I understand that in China one is freer to discuss issues concerning Jews, race, and eugenics than in the West. These issues, in fact, may be far more important to promoting a healthy future for the human race than the superficial and divisive mudslinging of the Westâs reality-TV democracies.W