I recently came across a very interesting study on the presence of African and Middle-Eastern genes among indigenous Europeans, performed by a dozen American and European academics. The article, entitled âGene flow from North Africa contributes to differential human genetic diversity in southern Europe,â was published in July 2013 in the Proceedings of the National Academy of Sciences of the United States of America. While it is somewhat old, I believe the findings are still of interest to observers of Europe.

Human genetic diversity in southern Europe is higher than in other regions of the continent. This difference has been attributed to postglacial expansions, the demic diffusion of agriculture from the Near East, and gene flow from Africa. Using SNP data from 2,099 individuals in 43 populations . . . The gradient of North African ancestry accounts for previous observations of low levels of sharing with Sub-Saharan Africa and is independent of recent gene flow from the Near East. The source of genetic diversity in southern Europe has important biomedical implications; we find that most disease risk alleles from genome-wide association studies follow expected patterns of divergence between Europe and North Africa, with the principal exception of multiple sclerosis.

What is the opposite of âgenetic diversityâ? I suppose that would be âhomogeneityâ or even âpurity.â Two thousands years ago of the Roman historian Tacitus notoriously claimed that the Germanic tribes were the âpurestâ race in Europe. More recently, the Nordicist racial theorist Madison Grant argued that there is no hard racial break between the âwhitesâ of Europe and the swarthy Caucasians of the Middle East and North Africa.

The authors go on to say that the genetic differences largely corresponded to classic racial/ethnic categories and to estimate the prevalence of non-European DNA in these populations:

We have shown that recent North African ancestry is highest in southwestern Europe and decreases in northern latitudes, with a sharp difference between the Iberian Peninsula and France, where Basques are less influenced by North Africa. Our estimates of shared ancestry are much higher than previously reported (up to 20% of the European individualsâ genomes). This increase in inferred African ancestry in Europe is due to our inclusion of seven North African, rather than Sub-Saharan African populations. Specifically, elevated shared African ancestry in Iberia and the Canary Islands can be traced to populations in the North African Maghreb such as Moroccans, Western Saharans, and the Tunisian Berbers. Our results, based on both allele frequencies and long shared haplotypes, support the hypothesis that recent migrations from North Africa contributed substantially to the higher genetic diversity in southwestern Europe.

This would obviously correspond to that little event known as the Islamic Conquests, which resulted in the extermination of Roman-Christian Middle East and North Africa. Spain and Portugal survived by the skin of their teeth with the Reconquista. (By the way, Spain has recently apologized for conquering Mexico some five centuries ago. You can bet it would never ever occur to Moroccans, or any other Arabs or Muslims, to apologize to Spain for the aggression of their ancestors.)

These findings should not undermine the case for European solidarity. In terms of ethnic-genetic interests, southern European immigrants generally represent a huge net gain compared to Sub-Saharan African, East Asian, or even Middle-Eastern ones. As the authors note, the presence of Sub-Saharan DNA among southern Europeans is practically negligible. And, obviously, today the presence in Europe of African and Asian genes is most prevalent in relatively-prosperous northwest Europe, due to the massive and ongoing arrival and high fertility of African and Asian immigrants. 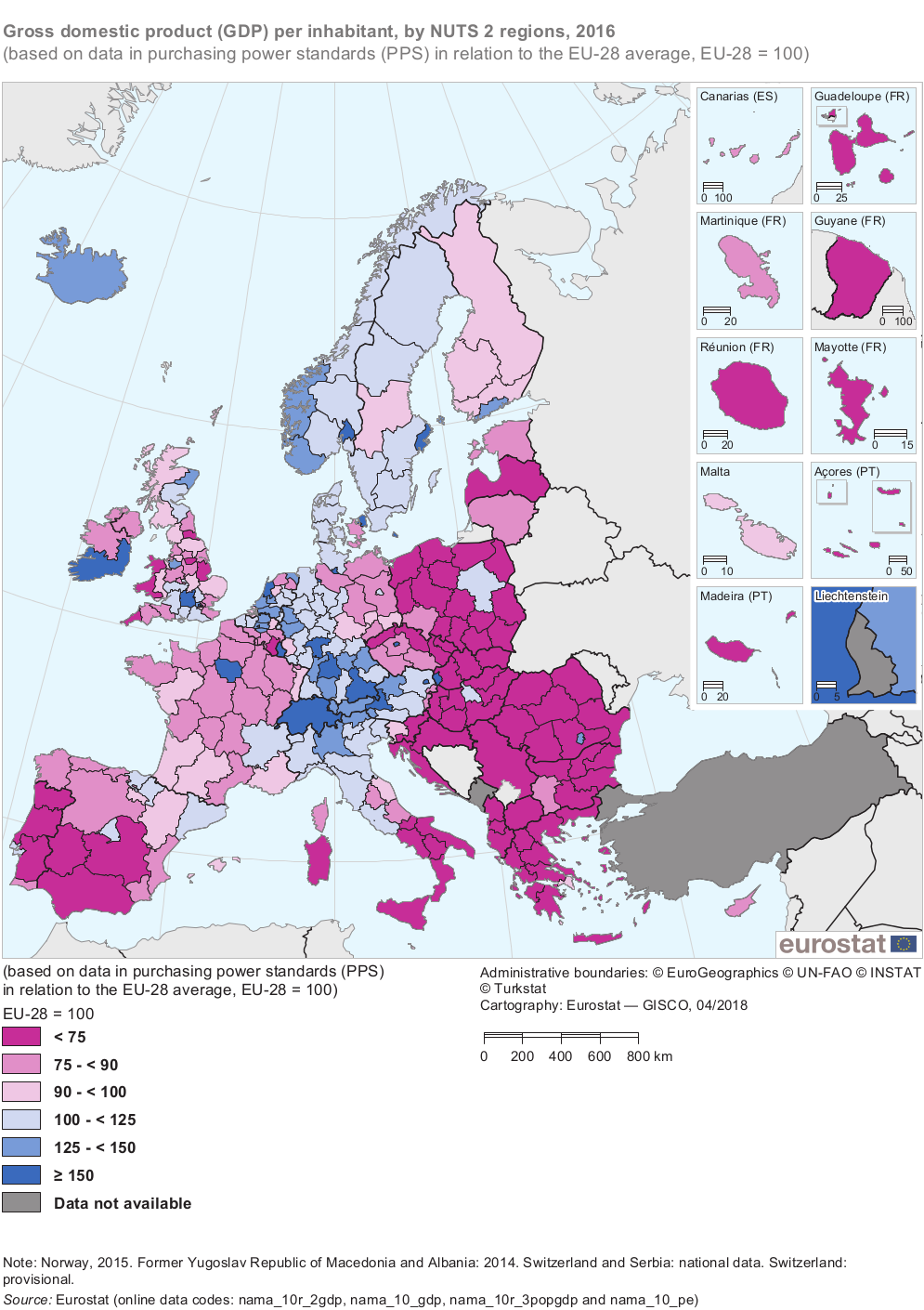 The European regions with historically high North African and/or Middle-Eastern DNA have rather different socio-economic and political outcomes as compared with northwestern Europe. In some respects, such as clannishness, corruption, and administrative competence, they can be considered intermediary between northwest Europe and the Middle-East/North Africa. Things change much more rapidly than you might think as you get further and further away from the Hajnal Line (the European equivalent of Moynihanâs Law of the Canadian Border).

In terms of economic development, Portugal, southern Spain, southern Italy, and Greece are all economic laggards. Among the former communist countries, whose economic development has been deformed and retarded by decades of Marxist-Leninist misgovernment, the Balkan countries east of Croatia are by far the worst performers, while Czechia, Slovenia, and the Baltic states look set to converge with the west-European mean.

I have never met a person from the southernmost parts of Europe or the Balkans who expressed any hope their homeland would ever catch up in this respect. The more thoughtful of them dutifully go to conferences on how to fight corruption and misgovernment, on how they might âget to Denmarkâ as Francis Fukuyama says, and find few answers, at least for the foreseeable future.

Of course, itâs possible the correlation in the genetic and developmental differences between northern and southern Europe are purely coincidental. If some truth-loving oligarch would give me a few million dollars a year, I would happily set up a research institute dedicated to investigating society, psychology, and heredity, in Europe and elsewhere, complete with genome analysts, psychometricians, and real social scientists. Eventually, someone will have to do the work our current âacademiaâ is unwilling to do.

In any event, as Iâve said elsewhere, I strongly suspect that Europeâs developmental inequalities are also due to typical centre-periphery dynamics (consider that the capital region of every European country is much wealthier than its other regions, there is no doubt a similar dynamic between European countries, with the caveat that this has not held back the small and peripheral Nordic countries, who if anything outperform their large German and British neighbors).

Politically, the developments in these regions are rather varied. My impression is Portugal is now simply leftist. In the case of Spain, the vote for the new nationalist party Vox was somewhat higher in the south of the country. In the case of Italy, the south has massively voted for the populist and ideologically-vague Five-Star Movement, which has enabled the nationalist (but until-recently anti-southern) League to lead a coalition government with them. The Greeks, in the midst of a devastating economic crisis as part of a currency union designed and dominated by northern Europeans, are the most âextremistâ voters in Europe, favoring the far-left (but disappointing) Syriza and the far-right Golden Dawn. In Bulgaria, nationalists are part of the government. While in Romania, the crooked ruling party of post-communist âsocial-democratsâ often resort to nationalistic rhetoric to shore up support.

In short, southern Europe is a factor for entropy and instability in this ultra-decadent European Union dominated by ethno-genetically suicidal northern Europeans. Let us hope the southern and eastern Europeans can help bring the northwest Europeans back to their senses.