The pro-European and anti-immigration movement Generation Identity (GI) has achieved a worldwide notoriety through its often spectacular actions, whether by occupying EU and government buildings or manning their own ship to halt migrant smugglers in the Mediterranean. Such actions are not without risk however.

In spring 2018, French GI activists â frustrated by the French governmentâs inability or unwillingness to get the migrant crisis under control and prevent illegal immigration into their country â decided to take matters into their own hands with symbolic but effective nonviolent action.

GI blocked the Col de lâÃchelle, an Alpine mountain pass near the border with Italy, through which migrant crossings were known to occur. The activists deployed banners, fences, and even helicopters to prevent the migrants from entering France.

One activist explained that the goal was âto show the public authorities that, with a bit of will and fairly modest means, it is possible to regain control of our borders and prevent the illegals from entering our country.â The action succeeded in receiving substantial media coverage and putting pressure on the French government to fulfill its responsibilities. 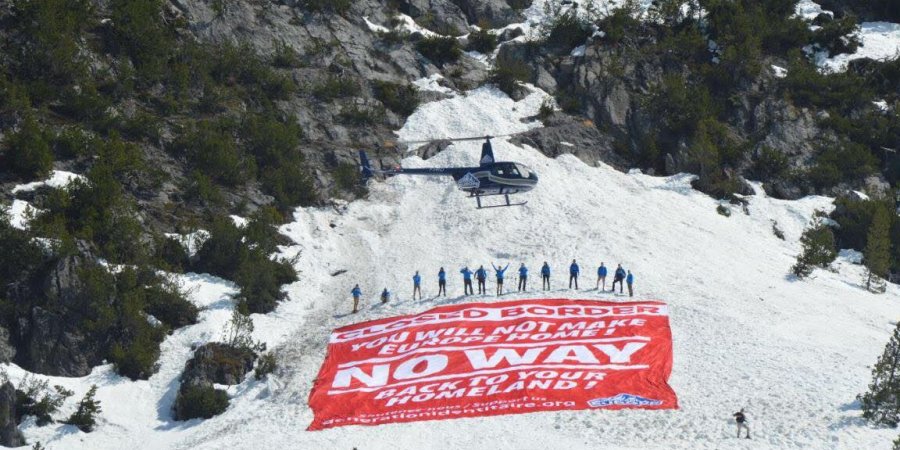 GI argues that Europe needs to embrace the âNo Wayâ Australian model against illegal immigration: that anyone who tries to illegally go to Australia by sea will simply be sent back. As General Angus Campbell, Commander of Operation Sovereign Borders, explained: âThere are no exceptions . . . If you come to Australia illegally by boat, there is no way you will make Australia home.â

Such a policy, GI argues, is the only way in which illegal migrant crossings, and the tragic deaths associated with them, can be eliminated. By contrast, the European Union adopted an insane policy whereby migrant boats ârescuedâ just off the shores of Libya and Tunisia would be ferried directly to European ports. That sure made the people smugglersâ job easier. The nominal âFrench Stateâ however is not kind to those Frenchmen who still have the strength and will to defend their homeland. Last week, three GI leaders â Damien LefÃ¨vre, ClÃ©ment Galant, and Romain Espino â were sentenced to six months in prison and 2000 euros in fines for this action. The three men will also be deprived of civic rights for five years. The GI organization itself will have to pay 75,000 euros.

According to the judges, GI usurped the public authoritiesâ responsibilities and âexercised an activity in conditions such as to create a confusion in public opinion concerning a governmental function.â Thus, the Frenchmen will be punished for symbolically and nonviolently doing what the French government was failing to do.

Galant was unfazed, declaring in a video in front of dozens of GI supporters: âThis sentencing in no way affects our determination. We are ready to face all the risks, to take all the blows, to save our people and our civilization.â Numerous nationalist and even conservative politicians have condemned the courtâs decision.

For Michel Rousseau, spokesman for the open-borders activist organization Tous Migrant (â[We Are] All Migrantsâ), the punishment was not sufficiently severe however. He stated to the press: âThe prosecutor did not prosecute the suspects on other grounds too: What about endangering others? What about incitement of racial hated?â Lord knows how symbolically enforcing oneâs immigration laws is âincitement of racial hatred.â

The decision is all the more shocking in that the French State has punished actual, practical â not symbolic â illegal immigration enablers with less severity. CÃ©dric Herrou is an olive farmer who has reached superstardom among the globalist left for helping 150 immigrants illegally cross the Italian border. 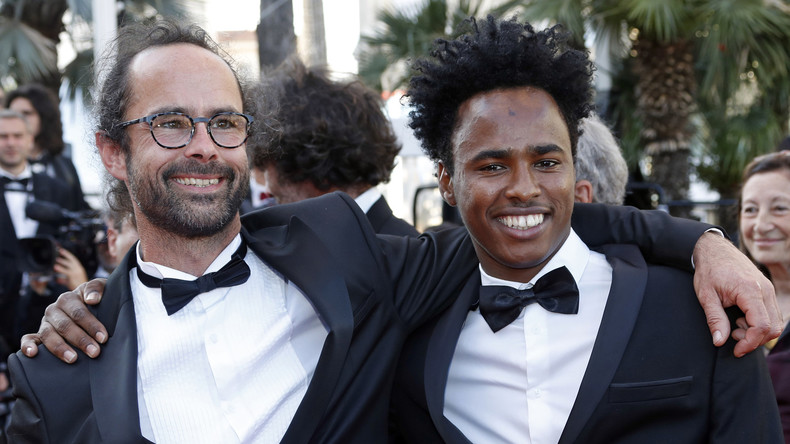 The glamorous life of an open-borders lawbreaker: CÃ©dric Herrou and a trophy migrant on the red carpet at the Cannes Film Festival. (You may enjoy other tragicomic pictures by searching for âCÃ©dric Herrouâ on Google Images.)

Herrou was prosecuted and in August 2018 received a mere suspended sentence of four months in prison, meaning he will serve no jail time unless found guilty of further illegal activity. Despite helping more people illegally enter the country since then, he continues to walk free. Instead, Herrou has enjoyed soft-ball interviews on the countryâs State-owned TV channels and was invited to the prestigious Cannes Film Festival.

Support for illegal immigration runs deep in certain sectors of French society and the political-cultural elite. Politicians who merely enforce the law are heavily demonized as the television stations broadcast tearful images of illegals sent home. Lawbreakers like Herrou and Carola Rackete â a German sea captain who smuggled illegals into Italy â may face minor legal repercussions, but receive ample financial support and are hailed as heroes by certain sectors of society.

The GI and Herrou cases raise questions about the impartiality the judges and their faithfulness to the law. Jean-Yves Le Gallou, an identitarian think-tanker whom I have previously interviewed for Unz, observed that the courtâs presiding judge, Isabelle Defarge, has publicly expressed pro-immigration positions.

For Le Gallou, the French justiceâs system extensive support for censorship, soft line against illegal immigrant activists, and hard line against the Gilets-Jaunes are deeply problematic. âMore and more, the French feel that âjusticeâ is no longer rendered in their name, but for the sake of ideological and political prejudices, and foreign lobbies,â he says.

Le Gallou explains that there is a structural left-wing and globalist bias in the judiciary: âa pro-immigration judicial or administrative magistrate can participate in and campaign within a pro-immigration organization and continue to act as a judge, even covering these topics. A less politically-correct magistrate must be absolutely quiet and very prudent in his sentences.â

As a result: âToday, in France, one must use the expression âjustice systemâ only with scare quotes.â Is there a solution? Le Gallou suggests an Ã©puration â a purge â of the judiciary may be necessary. The Republic resorted to such actions in 1883 and 1945, firing hundreds of normally independent judges, in order to consolidate ârepublican values.â

Perhaps a patriotic government will have to resort to such actions in the future. In the meantime, it will only be because of the heroic efforts of such brave Frenchmen as Damien LefÃ¨vre, ClÃ©ment Galant, and Romain Espino, that the French nation and her laws will endure.