As the judicial persecution of French dissidents intensifies, it is becoming more difficult to keep track of even the most punitive measures. Thus, I only recently learned that the French civic nationalist and publisher Alain Soral was sentenced last month to pay â¬134,400 ($158,500) to the International League Against Racism and Anti-Semitism (LICRA), the French equivalent of the SPLC.

A French court had ordered Soral in 2013 to bowdlerize Bloyâs book by removing 15 passages deemed anti-Semitic. One wonders if it will still be legal in France to publish unabridged editions of the works of Shakespeare or Voltaire, both of which, like many classic authors, expressed sharp criticism of the Jewsâ behavior. 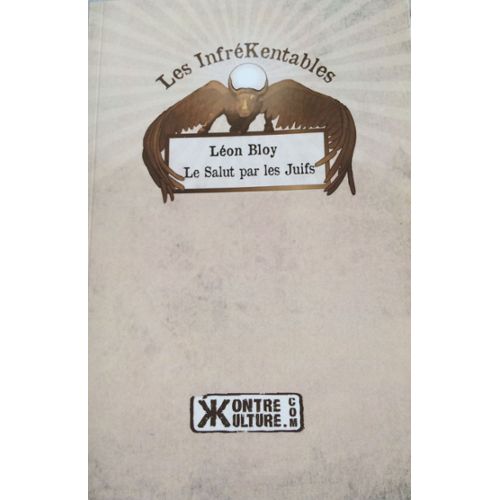 Soralâs publishing house decided to release the text again in 2018 and, when this was brought to the courtâs attention, it inflicted the $158,500 fine.

The affair is rather dubious in several respects. Firstly, Bloyâs book has been republished several times since 1892 without legal mishap and is freely available on Wikisource. The message is clear: Alain Soral, and only Alain Soral, does not have the right to republish this historic text simply because of his anti-Zionist political activities. 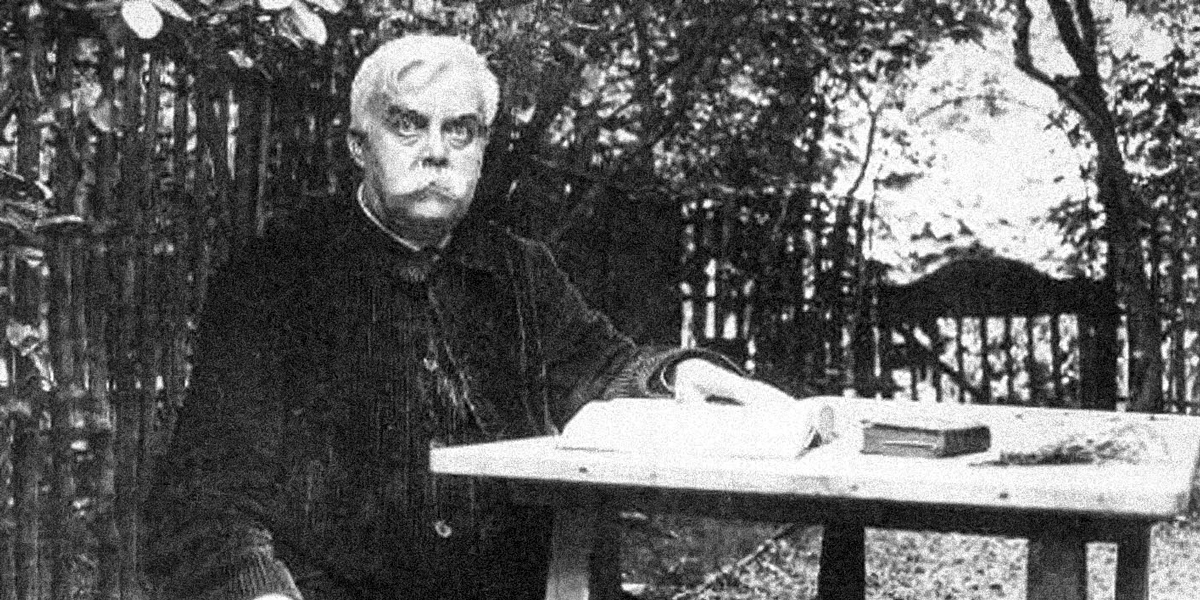 Secondly, and as the title suggests, it is not even clear that Bloyâs âSalvation Through the Jewsâ is an anti-Semitic book. As the conservative writer Pierre de Meuse explains:

This book was written by LÃ©on Bloy to respond to [the famous anti-Semite Ãdouard] Drumontâs La France Juive [âJewish Franceâ], in order to fight both. It is true that the text contains many invectives, notably against âthe Jewsâ mercantilismâ . . . but as Bloy is a fiery preacher who attacks just about everyone this is of little consequence . . . [Bloy] takes up the old argument of Christian theology on Jews, somewhat schizophrenic truth be told, but inflating this with a mystical movement to the glory of the Chosen People, âforever.â Let us cite: âThe Jews block history as a dam blocks a river, in order to raise the level.â

Thus, while denouncing Jewish behavior, Bloy sees the Jews and their fallen nature as part of Godâs plan for humanityâs moral elevation.

By contrast, Drumontâs La France juive (also available on Wikisource) is very much a secular critique of Jewish wealth and influence in nineteenth-century France. A French court had previously banned Soral point-blank from republishing Drumontâs book too, and he respected this ruling. But, evidently, Soral considered that publishing a censored version of Bloyâs book would be dishonorable.

While the LICRA claims to be an âanti-racistâ organization, it is in fact a Jewish organization overwhelmingly led by Jews and White gentiles. Mario Stasi, president of the organization since 2017, is the LICRAâs first gentile leader. All five previous presidents, from 1927 to 2017, were Jews (Bernard Lecache, Jean Pierre-Bloch, Pierre Aidenbaum, Patrick Gauber [nÃ© Goldenberg], and Alain Jakubowicz).

The LICRA has not published a photographic overview of the organizationâs leadership in some time, possibly because it was a source of embarrassment. Indeed, not a single melanin-enriched person sat on the âanti-racistâ organizationâs ruling body.

One Muslim woman commented: âHereâs the [former] Executive Bureau of the LICRA, which evidently chooses its members according to their skin color and family name.â

We must note that the LICRA and other âanti-racist Zionistsâ are heavily embedded in the French political elite, including the âanti-racistâ Left. Aidenbaum has previously served as vice-mayor under the Socialist Mayor of Paris Anne Hidalgo. He has since been âme-tooedâ and is currently under investigation for rape. Hidalgo currently employs Patrick Klugman, a hardcore Zionist who has also been heavily engaged in the legal persecution of French patriots. 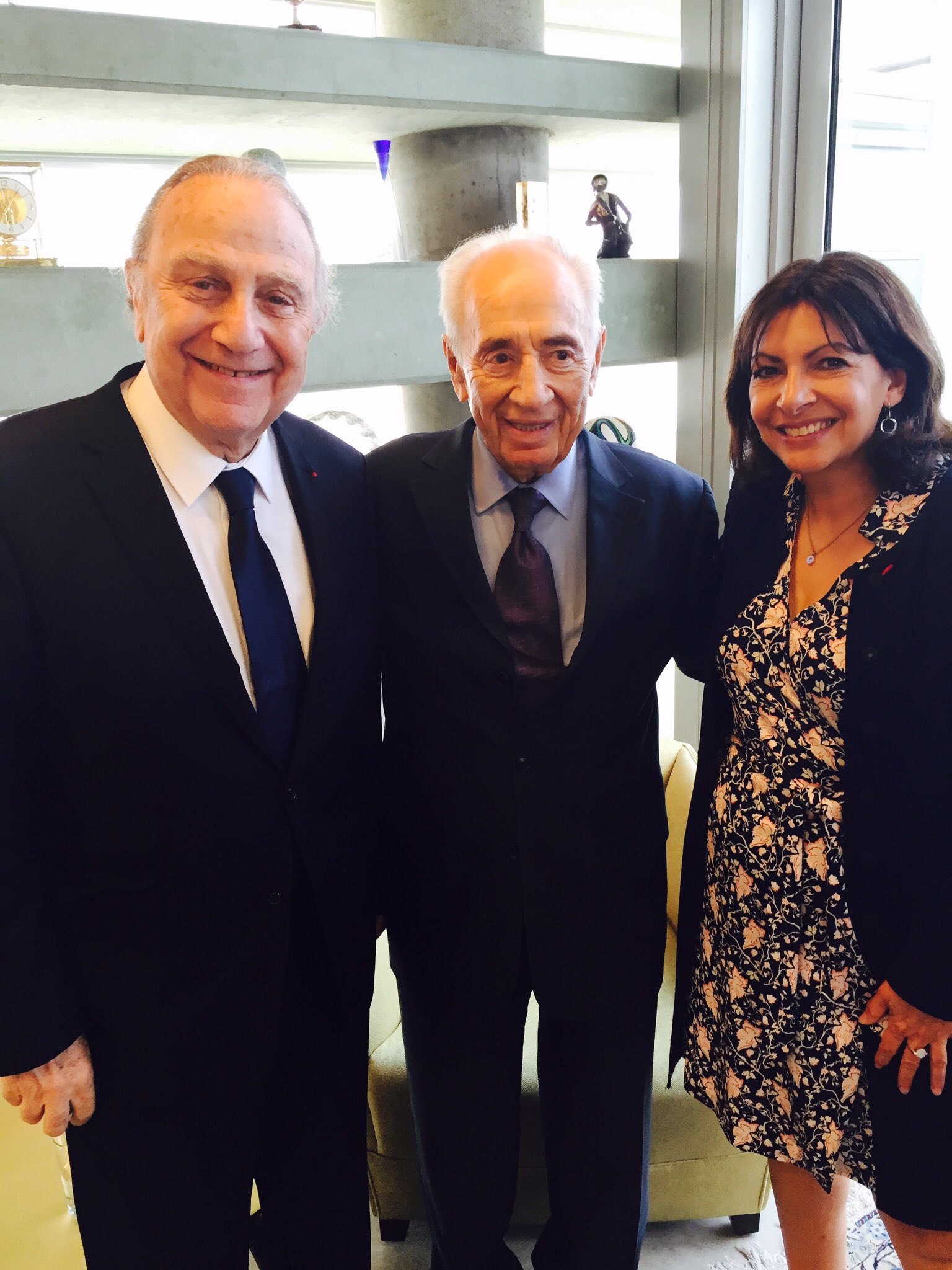 The persecution of Alain Soral has greatly intensified this year. His two popular YouTube channels have been deleted and he has received several other fines and a one-year prison sentence in recent months. Indeed, Soral was briefly jailed in July this year, but was released due to an obscure legal technicality. It seems probable Soral will soon be joining HervÃ© Ryssen in prison, another French writer who has been locked in a modern-day Bastille for criticizing the Jews. As a free thinker, Soral has always been prepared for this eventuality, knowing full well that one cannot flout convention and denounce the powerful without paying the price.