A Dutch newspaperâs reaction to De Gaulleâs first veto of British membership of the European Community in 1963: âLook, they are part of Europe, you arenât!â France then had been eager to maintain ties with newly-independent black African countries.
◄►Bookmark◄❌►▲ ▼Toggle AllToC▲▼Add to LibraryRemove from Library • BShow CommentNext New CommentNext New ReplyRead More
ReplyAgree/Disagree/Etc. More... This Commenter This Thread Hide Thread Display All Comments
AgreeDisagreeThanksLOLTroll
These buttons register your public Agreement, Disagreement, Thanks, LOL, or Troll with the selected comment. They are ONLY available to recent, frequent commenters who have saved their Name+Email using the 'Remember My Information' checkbox, and may also ONLY be used three times during any eight hour period.
Ignore Commenter Follow Commenter
Search Text Case Sensitive  Exact Words  Include Comments
List of Bookmarks

After a great deal of delay and kvetching, Brexit is finally happening. This doesnât mean all that much in the grand scheme of things. While leftists may hysterically accuse Boris Johnson of being âracistâ â seemingly only for speaking humorously of burqas as resembling letter-boxes â the Prime Minister and his multicultural team can be counted on to pursue a policy of Globalism in One Country. The main significance is this: getting liberal/globalist elites to respect democratic outcomes even if they donât like them. This is an important precedent.

In truth, Britainâs position within the EU but outside both the Schengen Area of free movement of people and of the Eurozone was arguably optimal. This granted London considerable influence over a major economic bloc while staying out of the zanier schemes. The only real downside of EU membership was in preventing any legal way of keeping Eastern European Gypsies out of the country.

Despite âRemoanerâ hysteria, leaving the EU is not the end of the world either. Iâm sure Britain will be able to get on fine outside the EU and indeed both the British and the Continentals have strong incentives to get along. Perhaps Britain will reinvent itself as a global tax haven. After all, Europeâs share of global GDP has been rapidly declining over the past decades. 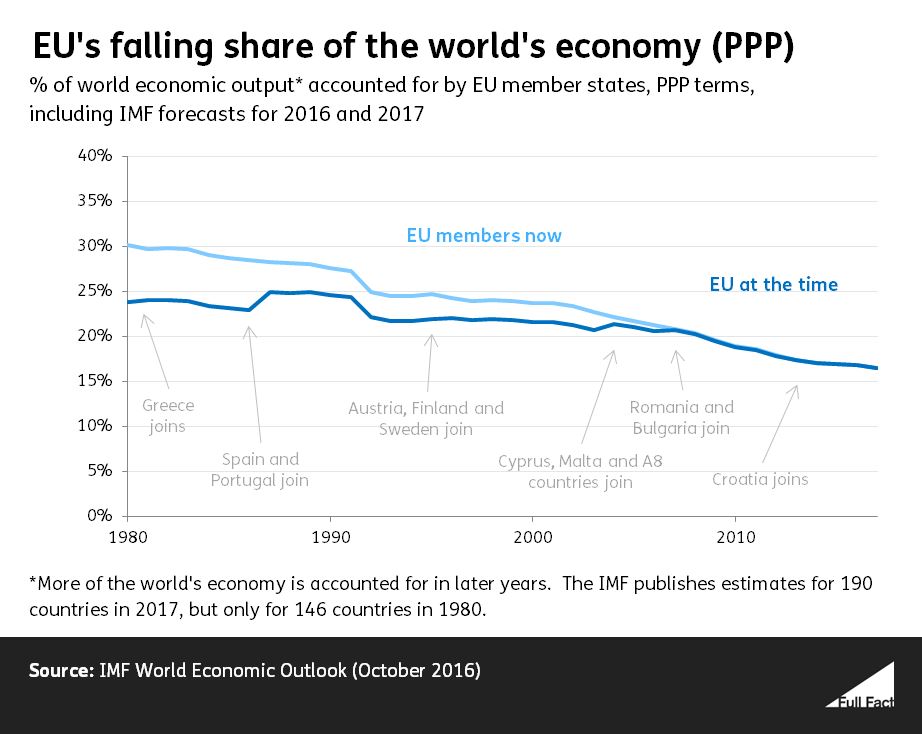 Britainâs departure is a major economic blow to the EU. Brexit will leave a â¬7.5-billion hole in the EU budget, Britain being the biggest contributors besides the Germans. Britain was one of the EUâs few dynamic major economies (along with Germany and, to a more limited extent, France) and the only one with a semi-serious tech sector. The bloc will be reduced to 450 million inhabitants and will become a distant third in terms of GDP behind China and the United States of America.

On the positive side, Brexit may make the EU a more cohesive Union. Without Britain, the bloc is already taking a hard protectionist turn. Indeed, the Latins and Eastern Europeans are all protectionist, while Germany has a discovered a newfound interest in âindustrial policy,â leaving the free-trading Dutch and Nordics a small minority. While European foreign and defense policies are mostly empty talk, the EU is a genuinely powerful trade bloc, with real clout on market regulation (witness those annoying GDPR privacy popups), antitrust, anti-dumping, and trade negotiations.

Still, I would not expect miracles. Despite lack of British participation, the Continentals have yet to make anything coherent of the Eurozone. During the Cold War, Western Europeans were subject to much more significant geopolitical pressure â economic, military, and cultural dependence on the United States, a massive Soviet military threat, humiliating energy dependence on the Mideast manifest in the Oil Shocks â without this leading to any serious attempt by the Europeans to recover their sovereignty and power. The postwar European democracies were satisfied with the Pursuit of Purchasing Power. The threats of today really are less immediate or downright minor in comparison. 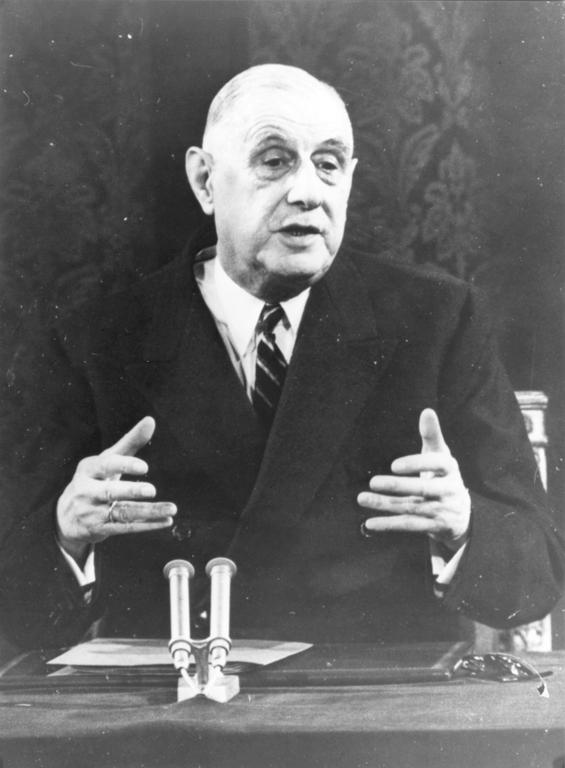 Charles de Gaulle at a press conference, ever pedagogical.

Brexit happening seems a good time to recall a farsighted Frenchman who predicted that none of this would work: Charles de Gaulle. President de Gaulle twice vetoed Britainâs candidacy to join the then-European Economic Community (EEC), causing an uproar in Atlanticist circles.

De Gaulle had long thought that the so-called âEuropeanistsâ were not sincere and/or coherent in their claim to be building a strong and independent federal Europe. He said in a May 1962 press conference:

Franceâs proposals [on Europe] have raised two objections, which incidentally are perfectly contradictory even though they are presented by the same people. . . . These critics tell us: âYou want to create a Europe of nations, while we want to create supranational Europe.â As if a simple phrase were sufficient to confound these powerfully established entities that are the nations and the States. And then, these same critics simultaneously tell us: âEngland has submitted its candidacy to join the [European] Common Market. So long as they are not in, we wonât be able to do anything political.â And yet, everyone knows that England, as a great State and a nation true to itself, will never consent to being dissolved in some utopian construct.

Six months later, De Gaulle vetoed Britainâs entry of the EEC, citing British ties to the United States, economic relations with the Commonwealth, and general differences with those he called âthe Continentals.â In January 1963, De Gaulle said that in the event of British membership:

We can expect that the cohesion of all the members, which would be very numerous and very diverse, would not last long and that, in the end, there would emerge a colossal Atlantic Community under American dependence and leadership, which would soon absorb the European Community.

This eventuality may appear perfectly legitimate in the eyes of some, but it is not at all what France wished to do and has done, which is a genuinely European construct.

In short, De Gaulle accused the British of being a kind of American Trojan Horse . . . and who could blame him?

In 1967, De Gaulle again vetoed British membership citing basically the same concerns. Britain could not join the EEC unless Britain either changed or âif the Continentals forever gave up on creating a Europe which is European.â Historically, the latter view prevailed.

As a rule, the early âEuropean federalistsâ were never interested in creating a strong and independent Europe. Like Jean Monnet and Walter Hallstein, they were just Atlanticist networkers, whose personal prosperity depended on these deracinated and foreign circles, rather than on Europeâs native power. I cannot tell you how revolted I was when I tried to read the memoirs of both Monnet (600 pages of nothing) and Hallstein (who claimed, in 1970s, when the EEC was barely an entity at all, that the Europeans were âhalfwayâ to federation and just needed one last push to get there).

Anyway, Britainâs departure from the European Union opens the way for the Continentals to try, a bit more earnestly, to create a truly sovereign and independent âEuropean Europe.â This is not an absurd ambition. London was in some ways Europeâs only top-tier âglobal city.â Paris, Berlin, and Brussels really are secondary nodes. Thereâs a charmingly provincial quality to European politics which must be preserved. While in the Anglosphere Jews and Asians have massively displaced White Gentiles among their cultural and economic elites, the same is not really true in Continental Europe, certainly outside of France. Time will tell.