30 Jewish protesters were arrested on Sunday outside a privately managed ICE detention centre in New Jersey, which has been used to hold undocumented immigrants.

Invoking the Holocaust, demonstrators described the facilities in which immigrants are being held as concentration camps and spoke of the immigrant children who have died while being held by ICE. The Jewish protesters travelled from cities all over the USA. They were holding signs and singing and chanting in Hebrew and English.

The Jews behind the protest say about themselves, âwe are #JewsAgainstICE because #NeverAgainMeans never again for anyone.â This sounds good enough to me and I have no criticism of the official objective behind this humanist protest. Yet the Jewish nature of the gathering raises some crucial and necessary questions:

Are these Jewish protestors willing to describe Gaza as a concentration camp?

Will the Jewish activists protest in front of the Israeli embassy invoking the holocaust, pointing out that the Palestinians are subject to long-term genocidal policies?

Will these Jewish protestors allow gentile pro Palestinian activists, for instance, to equate Israel with Nazi Germany or maybe invoke the holocaust is a Jews-only domain?

Would the activists consider a Jewish protest in front of Goldman Sachs headquarters or George Sorosâ offices, pointing at the carnage these investors inflicted on states and millions of people around the globe?

How far are these well-meaning Jewish protestors willing to go to identify problems that might be related to Jewish exceptionalism, nationalism or racism?

But the Jewish protest raises a much deeper question. What kind of people make a conscious and collective effort to look humane and empathic? I guess one possible answer is that we are dealing with people who accept that some of the actions and politics associated with their tribe are deeply disturbing.

Newsweek reports that âthe protest brought together Jews with a range of religious leanings, creating what Alona Weimer, a member of New York ‘s Yeshivat Hadar, described as an atypical cross-section of attendees for a demonstration.â Once again, it is not Judaism or a meta-Jewish ethos that unites these diverse good Jews and Tikkun Olam enthusiasts. One may wonder: what is it then that bonds this Jewish âcross-sectionâ? Is it the phantasy of Jewish humanist DNA? Is it the Jewish revolutionary spirit, or is it the controlled opposition gene?

Unless Jews learn to fight for humanity as ordinary people, these questions may keep surfacing. 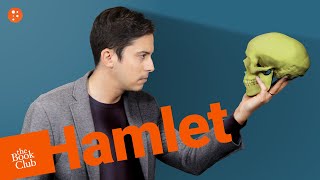