Palestinians are âJewsâ in the eyes of those who plunder their land, their homes, fields and olive groves. They are âJewsâ to those who abuse their human rights and squash their hopes for peace and justice.

The Muslims are âJewsâ in the eyes of those who call them âIslamo-Fascistsâ and mobilize their influence to decimate Arab and Muslim countries one after the other.

So-called âWhitesâ are âJewsâ in the eyes of those who mock their culture, call for their elimination, burn their books and persecute their intellectuals, mock their heritage and desecrate their bronze heroes.

Maybe everybody is a âJew,â except the Jews, as no one, thankfully, calls for punishment of Jews, no one plunders their homes, no one burns their books or silences their most famous Harvard lawyer; no one calls for the destruction of their institutions.

Maybe in the eyes of the Nazis of our time everyone is a âJewâ except the Jews.

This is the universal lesson we learned from the Holocaust: Nazis (racist, supremacist and authoritarian) must be exposed and fought against. 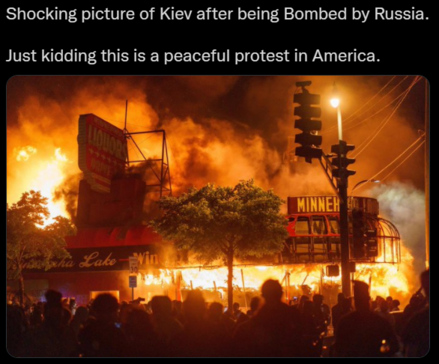 Appeasement Doesn't Work: Russia as Metaphor and Why Patriots Need to Stand with Russia Against Virulent Judeo-Nazism
Jung-Freud
• 184 Comments • Reply