On Thursday night, the Jewish charity, Campaign Against Antisemitsm (CAA) declared that it would âbe selecting a number of future dates on which to picket the 606 [jazz] club over its decisionâ to present a jazz performance by yours truly. With this threat, CAA crossed the line. This time it wasnât just going after me or my band, this time its threat encompassed an entire community of musicians and music lovers for whom the 606 club is a preeminent venue, and none of whom have anything to do with me or my ideas.

Such threats are anathema to the values of British and western culture: the way to counter ideas with which they donât agree is to present their own position. The tactic of gross intimidation, of menacing an entire community over the legal speech of one member are more characteristic of organised crime than of a British charity.

Yesterday I reported the CAAâs actions to the police. They took my complaint very seriously and I was interviewed for two hours. I had the strong impression that the matter was already known to the police.

During the time the police interviewed me, I received a message that the CAA is under investigation by the Charities Commission. 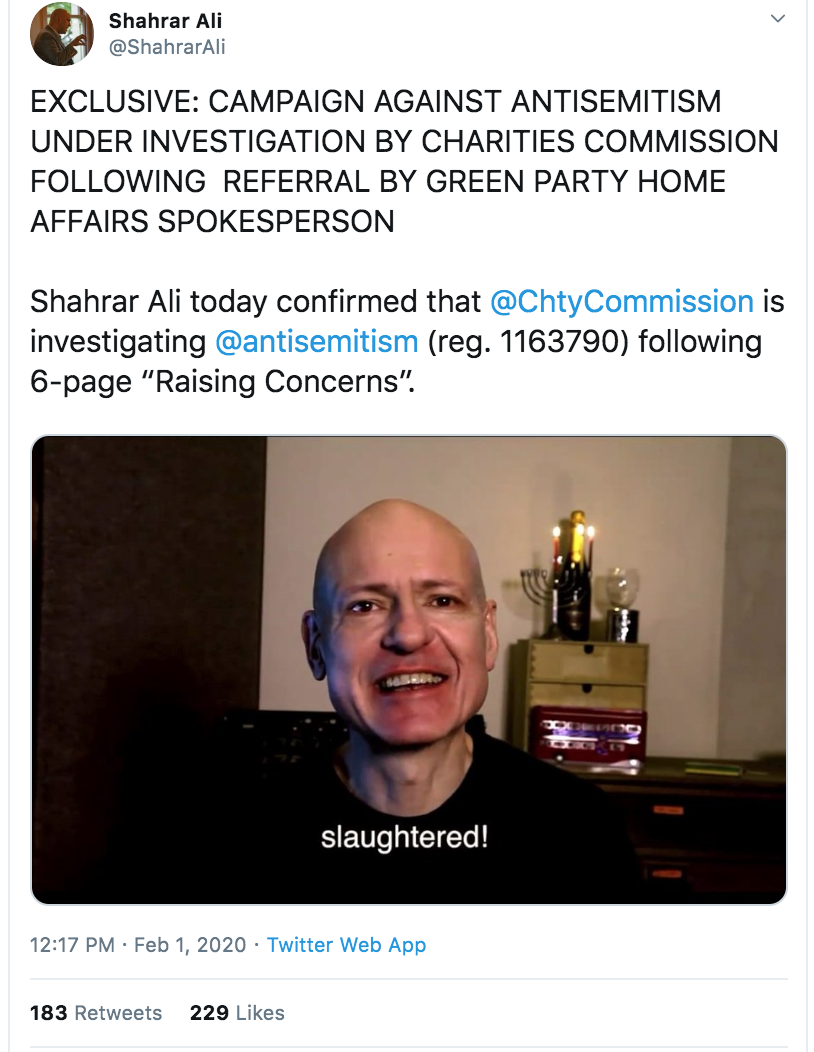 I was advised that every musician, music venue, promoter or audience member who is or has been subject to any intimidation or harassment by the CAA should contact the police immediately.

No one should be harassed, especially by a charity, and I want to believe that the threats to British politicians, artists, intellectuals, journalists, venues and ordinary people are about to come to an end. Such a development will make life safer and more comfortable for Jews and Gentiles alike.

← Zionist Terror in LondonAddressing the Lies Spread About Gilad →
Current Commenter
says:
Current Date at Time Now
Leave a Reply - Comments on articles more than two weeks old will be judged much more strictly on quality and tone
Cancel Reply